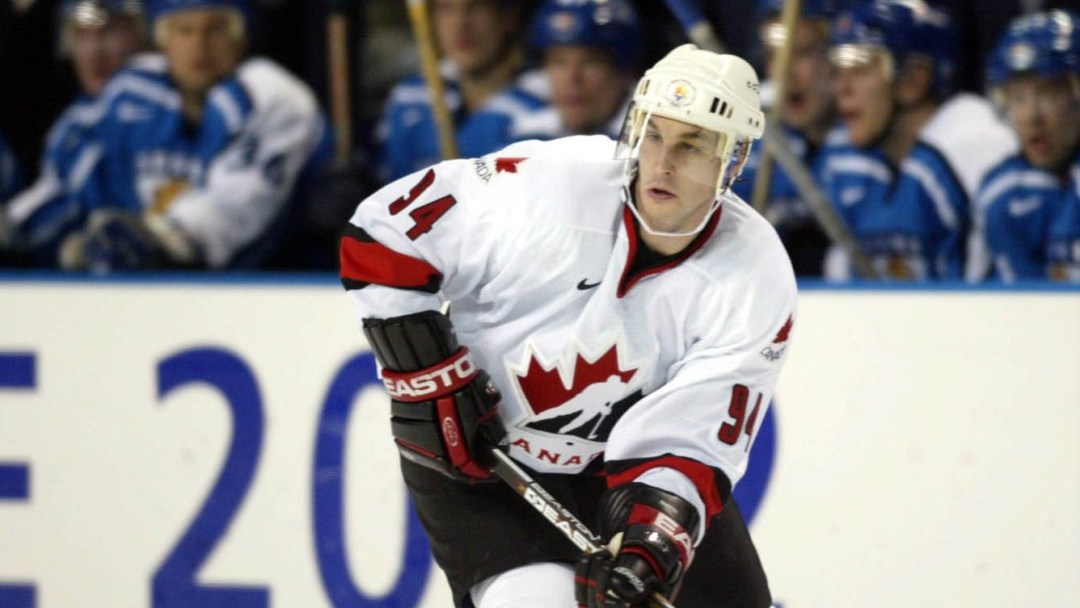 Ryan Smyth, often referred to as “Captain Canada”, represented Canada twice at the Olympic Games and eight times at the IIHF World Championships. In total, he appeared in 89 international games, scoring 21 goals and 19 assists.

Smyth’s Olympic debut was at Salt Lake City 2002 where he and Team Canada captured gold to end a 50-year Olympic title drought in men’s hockey. Smyth also competed at Turin 2006 where he appeared in six games for Canada.

Smyth first wore the maple leaf at the 1995 IIHF World Junior Championship where he recorded seven points (two goals, five assists) in as many games, en route to Canada winning the gold medal. In his eight IIHF World Championships, Smyth served as captain five times and set the record for the most IIHF World Championship games played by a Canadian with 60. He won gold with Team Canada in 2003 and 2004 to go with a silver in 2005.

Smyth also played in the 2004 World Cup of Hockey and helped Canada take home gold. Smyth was named to the Order of Hockey in Canada in 2018.

Smyth played 19 seasons in the NHL after being drafted sixth overall by the Edmonton Oilers in 1994. He finished his career in 2014 with 1270 games played and 842 points.

Smyth was inducted to the Canadian Olympic Hall of Fame in 2009 with his teammates from the 2002 Olympic hockey team.