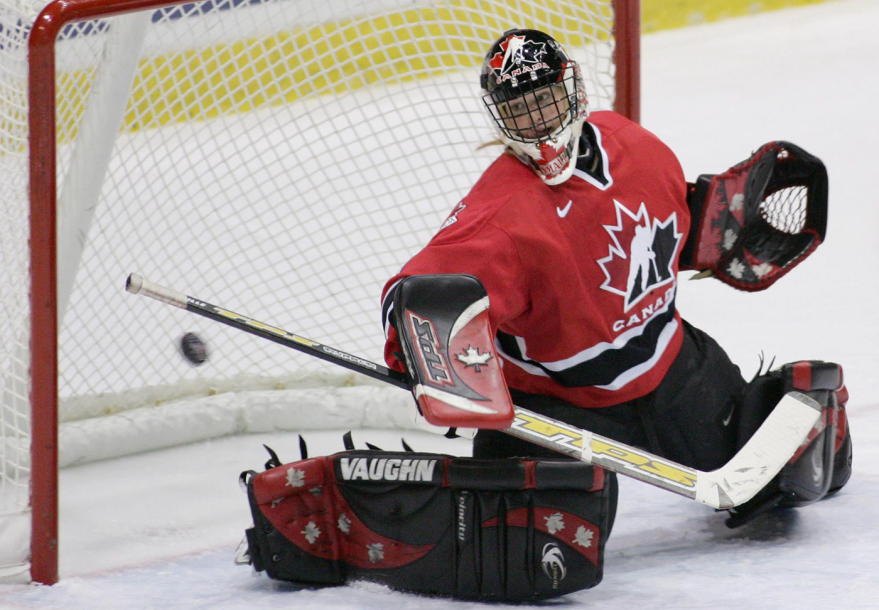 Sami Jo Small won an Olympic gold medal as a member of the Canadian women’s hockey team at Salt Lake City 2002. Small started one game, a 7-0 preliminary round victory over Russia. Four years earlier, Small had been the third goaltender when women’s hockey made its Olympic debut at Nagano 1998. She was also the third goaltender four years later at Turin 2006. In both instances, she did not appear in competition.

Small had grown up playing in the boys’ minor hockey system in Winnipeg. She would later accept a track and field scholarship to Stanford University but when an injury stalled that career, she returned to hockey and began playing for Stanford’s men’s team. She would go on to earn Pac-10 MVP honours while working towards her degree in mechanical engineering.

Small was also a member of five world champion teams and was named the top goaltender at the IIHF World Women’s Championship in 1999 and 2000.

A co-founder of the Canadian Women’s Hockey League, Small currently plays for the Toronto Furies.