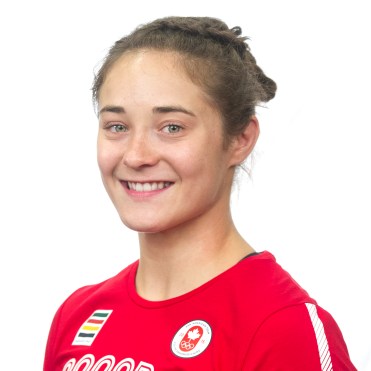 Stéfanie Tremblay started dreaming about competing at a high level while at a training camp for the Canada Games when she was 12. She has since won multiple senior international medals. In 2011 she captured bronze at the Pan American Games in Guadalajara. She earned her first World Cup victory at the Pan American Open in Montevideo in March 2013, and followed that up with wins at the Oceania Open Apia in November and the Pan American Open Santiago in July 2014. Tremblay has won four national titles, her first as a U-20 competitor in 2008, followed by senior victories in 2011, 2012 and 2014.

Family: Parents Raymond Tremblay and Linda Simard… Younger brother Gabriel… Getting into the Sport: Started in judo at age 11 because her friends in elementary school were all practicing judo… Outside Interests: Will graduate from Concordia University in August 2015 with a degree in Exercise Science, specialization in Athletic Therapy… Works as a student athletic therapist… Enjoys listening to music, going to concerts, movies, snowboarding, going to the beach… Odds and Ends: Nickname: Stef… Role model is Marie-Hélène Chisholm… Always travels with her training diary…

Kathy Tremblay competed in her second consecutive triathlon at an Olympic Games in London in 2012, but did not finish…