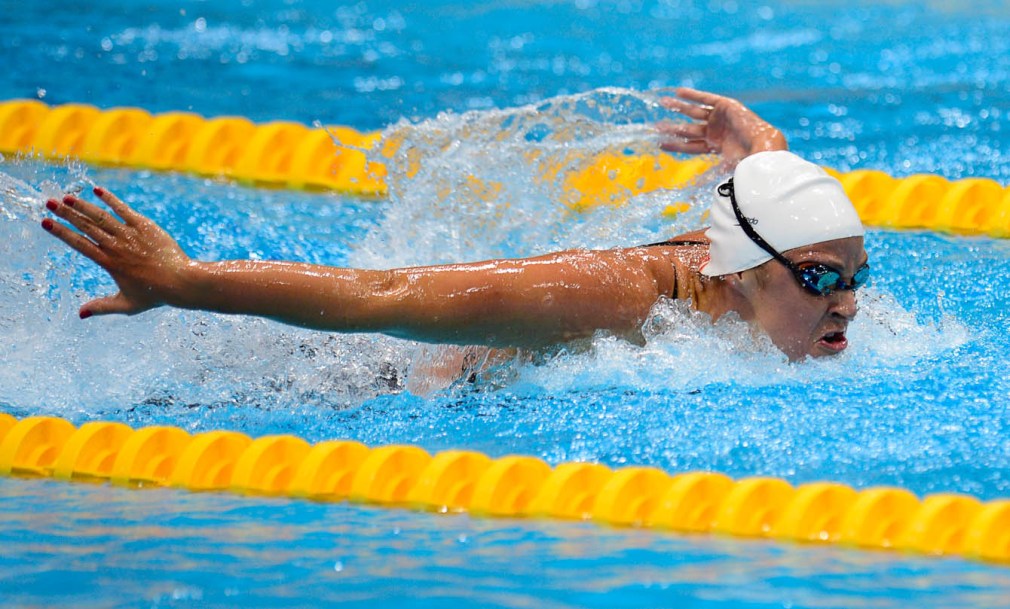 After competing in the pool at Beijing 2008 and London 2012, Stephanie Horner qualified for her third Olympic Games at Rio 2016 in open water swimming. She had transitioned to the new discipline in 2014 and went on to finish 10th at the 2015 Summer Universiade. Horner competed at her first major Games in 2007 when she won four medals at the Pan Am Games in Rio. In her Olympic debut the next year, she competed in four events, setting a national record in the 200m freestyle as well as the 4x200m freestyle relay. Four years later in London she competed in just the 400m individual medley, but as proof of her versatility, it was her fifth different Olympic event. She also competed in the 400m IM at the 2011 FINA World Championships. In 2013 Horner was named as a team captain for the Summer Universiade where she made the final of the 200m butterfly. During the 2012-13 season she was selected as a CIS First Team All-Canadian out of the University of Victoria. In October 2013 Horner was named as Chair of Swimming Canada’s Athletes’ Council. Horner had earned her first national medal, a bronze in the 400m IM, as a 15-year-old at 2005 World Championships Trials.

Family: Parents Emil Horner and Danielle Felx…Younger sister Kristine and younger brother Tim…Getting into the Sport: Started swimming at age 9 in a summer program… Liked her coach so much that she joined the winter group with the Beaconsfield Blufins… Outside Interests: Enjoys Pilates and cardio dance classes… Graduated from University of Victoria with a Bachelor of Commerce (specializing in Service Management and Entrepreneurship)… Her team finished second in UVic’s business competition, PlanIt… Odds and Ends: Likes to have a Second Cup coffee and listen to pump up music before racing… Favourite pre-meet meal is steak, a suggestion from her dad since she started swimming…