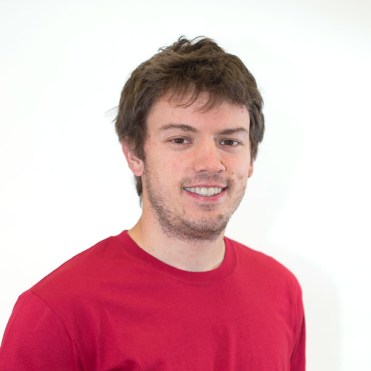 Tim Landeryou already has one Pan Am Games medal to his credit after winning doubles bronze at Guadalajara 2011. His first appearance for Canada at the international level came at the 2010 Pan Am Championships where he won gold in men’s doubles with Mike Green. Landeryou has gone on to compete for Canada at nine other international events including the IRF World Championships, Pan Am Games, World Games and Pan Am Championships. Landeryou has three podium finishes at the world championships. He also has a history of success at the national level in singles, winning silver in 2014, 2013 and 2010, as well as doubles in 2014.

Family: Father Thomas and mother Julie… younger Brother James is a former world junior champion… Wife Kaitlyn… Getting into the Sport: Started playing racquetball at age 9… Had played squash in Ontario before moving to Saskatchewan; found a club near his new home that had two squash courts but six racquetball courts so he tried it and was instantly hooked on the speed and power of the game… Outside Interests: Enjoys squash, computer/video games, movies, writing/blogging, golf, tennis, beach volleyball, camping… Completed Master of Science in Kinesiology in December 2014 after earning his Honours Bachelor of Science in Kinesiology in 2008… Odds and Ends: Executive Director of the Saskatchewan Racquetball Association… Nicknames: Timmy, TL… Inspired by Sherman Greenfield who was one of the best racquetball players in Canada and also played squash, just like Landeryou… Always travels with trail mix or protein bars…