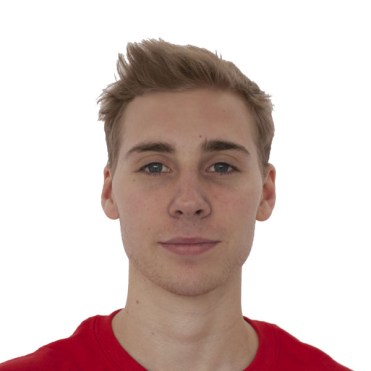 Tyler Muscat is a relative newcomer to the world taekwondo scene. He made his senior international debut at the 2013 WTF World Championships where he advanced to the quarterfinals, giving him a top-eight placement. He stood on three international podiums in 2014, winning silver at the Commonwealth Championships and bronze at the Australia Open and Pan American Championships. He added another bronze medal at the 2015 Canada Open. Despite this success, Muscat says the highlight of his career was qualifying for the 2015 Pan American Games team. His passion for his sport has been further sparked by just the thought of representing Canada.

Family: Parents Mike and Allison Muscat… Getting into the Sport: Started taekwondo at age 7; became competitive at age 10… Won gold at his first nationals at age 12… Was drawn to the sport because of the movements, the kicking, and the competitive aspect… Outside Interests: Enjoys hanging out with friends and family and watching movies… Works as a taekwondo instructor… Graduated high school in 2013 and has chosen to focus on taekwondo at the moment instead of going to university… Odds and Ends: Biggest influence on his career has been his coach Carla Bacco… Collects magnets from his travels…

Marc-André Bergeron competed internationally for the first time in 2012 and won bronze medals at the Austrian Open and Pan...

Christopher Iliesco made his WTF World Championship debut in 2015, where he advanced to the quarterfinals, but he has been…