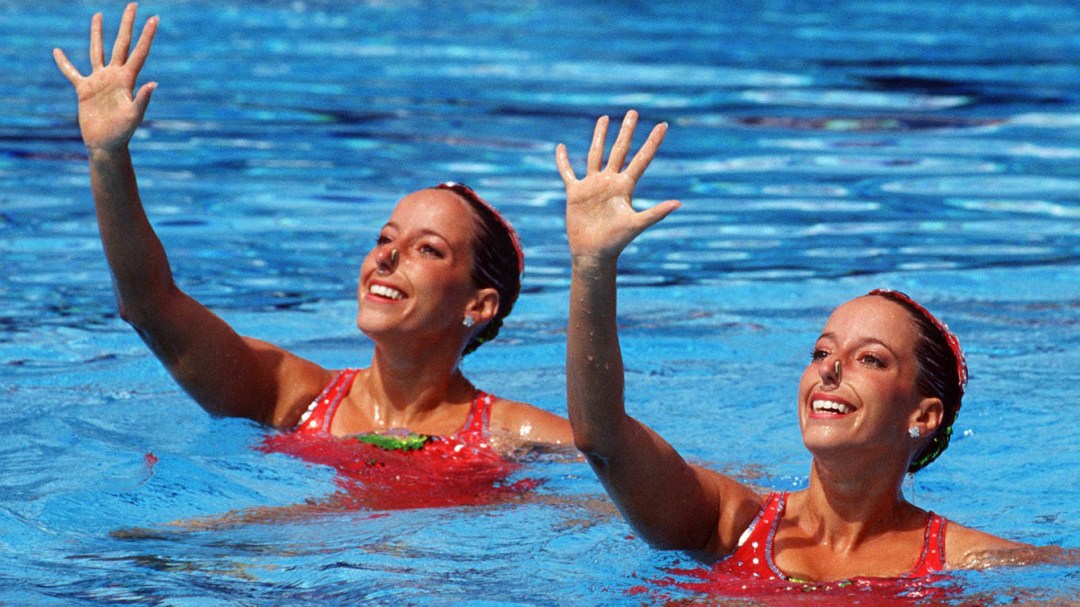 With immense challenges ahead, Vicky Vilagos came out of a six year retirement in 1990 at the age of 27. She did not qualify for government funding requiring her to work and train full-time in order to compete at Barcelona 1992 in the synchronized swimming with her twin sister Penny. In fitting symmetry, the Canadian Vilagos twins finished second to the American Josephson twins by 2.5 points, to capture the silver medal in the duet competition. She also competed in the solo event not advancing out of the qualifying round.

Vilagos and her sister, who grew up in Dollard des Ormeaux, Québec on the West Island of Montréal, discovered synchronized swimming at the age of eight and by 12 they were members of one Montréal’s top swimming clubs, CAMO Natation. Together they won their first junior duet national title in 1977. In 1980 at the Swiss Open, they were the first synchronized swimming duet team in the world to receive a perfect score of ’10’. They went on to capture five more national titles together, a 1983 Pan American Games duet silver medal and one 1982 World team title before retiring after not making the Canadian team for Los Angeles 1984.

Vilagos graduated with a Bachelor of Commerce from McGill University graduating in 1986 meriting great distinction, all while training 30 hours a week. Married to Kevin Golberg and settling in Beaconsfield, Quebec, she worked as a sales and training professional specializing in the pharmaceutical industry, an active volunteer, motivational speaker and spokesperson for many charities and non-profit groups.