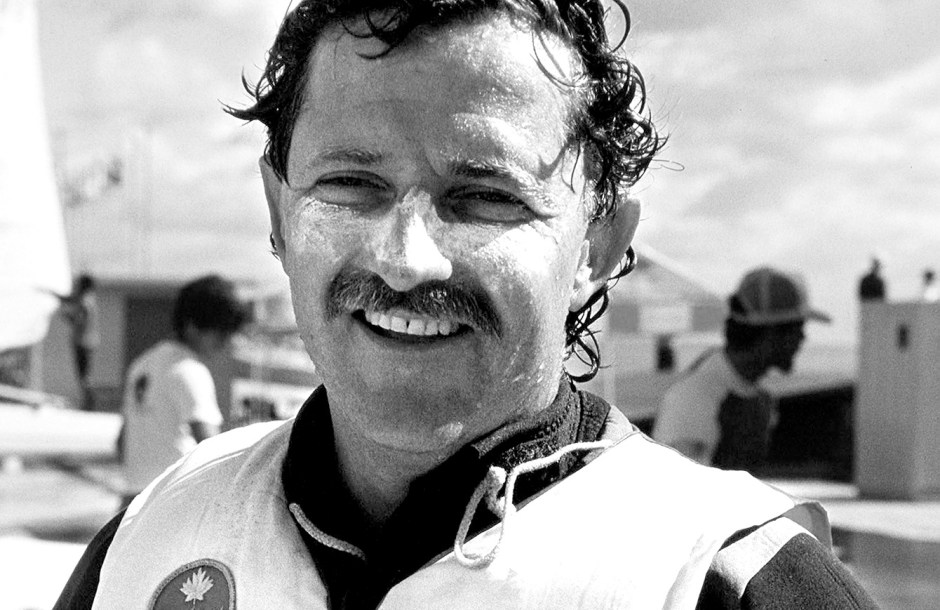 Olympians want to win, but without sportsmanship nobody wins. To mark Olympic Day on June 23, here’s Part Two of our three-part series looking ‘beyond the podium’ and celebrating the power of the Games.

In Part One, we noted the sportsmanship shown by Italian bobsledder Eugenio Monti at the Innsbruck 1964 Olympic Winter Games that led to him being named the first recipient of the Pierre de Coubertin World Trophy by the International Committee for Fair Play (CIFP).

What an awesome moment in Olympic history, as the IOC went ‘beyond the podium’ to award true sportsmanship. The Committee also awards Letters of Congratulations and Diplomas of Honour for acts of fair play.  So it’s during these annual Olympic Day celebrations leading up to June 23, we curated a list of the most impressive acts of sportsmanship on the field of play.

1. SAVING LIVES
Seoul 1988 – Lawrence Lemieux – Letter of Congratulations
Canadian sailor Lawrence Lemieux was willing to sacrifice his own medal chances in Seoul to save the lives of fellow competitors. While competing in the fifth of his seven races in the Finn class, Lemieux was sitting in second place when he veered off course after seeing Singaporean sailors Joseph Chan and Shaw Her Siew from the 470 class in the water next to their capsized boat and in danger of being carried out to sea. Lemieux had to go downwind to first pull Chan onto his boat while taking on water and then went to Siew who was clinging to the boat. Lemieux waited for assistance to arrive before returning to his race and finishing well behind the leaders. Afterwards, Lemieux was credited with a second place finish in that race en route to finishing 11th overall. He would also be awarded a Pierre de Coubertin medal by then-IOC President Juan Antonio Samaranch who told him: “By your sportsmanship, self-sacrifice and courage you embody all that is right with the Olympic ideal.”

2. PERSEVERANCE PREVAILS
Athens 2004 – Vanderlei de Lima – IOC Pierre de Coubertin Medal
Brazil’s Vanderlei de Lima was leading the marathon at Athens 2004 when he was suddenly pushed to the side of the road by a protestor with less than seven kilometres to go. Although de Lima was able to return to the race, his momentum and rhythm was gone and he was soon passed by two other runners. Afterward, de Lima said he was “happy” to take home the bronze medal but would later comment that “if it were not for that lunatic, I am sure I would have won the gold.” When de Lima arrived at Panathinaiko Stadium, the crowd which had seen the incident on the big screen gave him a massive cheer. During the medal presentation held as part of the Closing Ceremony, the IOC presented de Lima with the Pierre de Coubertin medal in recognition of his “exceptional demonstration of fair play and Olympic values.”

3. ULTIMATE COOL
Athens 2004 – Alexei Nemov – Pierre de Coubertin World Trophy
Artistic gymnastics had a number of controversies at the 2004 Olympic Games in Athens that would eventually lead to an overhaul of the judging system. During the event final for the men’s horizontal bar, the scores did not seem to match the routines that were performed, especially in the eyes of the spectators in attendance. Following the performance of fan favourite and 12-time Olympic medallist Alexei Nemov, the crowd booed, jeered and whistled. There was a 15-minute delay due to the disturbance, during which Nemov’s score was revised but it did not affect his placement which continued to rile the crowd. American Paul Hamm, who had won the all-around title earlier in the Games, was next to compete. To allow Hamm to continue in peace, Nemov stepped onto the competition platform and both thanked the crowd for their support while pleading for them to be quiet. Nemov ended up in fifth place.

4. WIND IN THEIR SAILS
Beijing 2008 – Pavle Kostov, Petar Cupac, Ivan Bulaja – Pierre de Coubertin World Trophy
Croatian sailors Pavle Kostov and Petar Cupac may have finished 17th in the 49er class in Beijing, but their boat was a huge part of the gold medal. Kostov and Cupac had not qualified for the medal race featuring the top 10 teams. Along with their coach Ivan Bulaja they were in the Olympic Village when they heard of the disaster that had struck the Danish team, who were leading the standings heading into the final race. Just 15 minutes before the start, the Danish mast broke. After a call from the Danes, Kostov, Cupac and Bulaja raced to the marina where they quickly prepared the boat and lent it to Jonas Warrer and Martin Kirketerp who were able to start the race just four minutes after the other finalists and barely before the deadline to start. The Danes finished seventh in the medal race, but that was enough to secure them the gold medal.

5. FOREVER FRIENDS
London 2012 – Daniel Gyurta – Diploma of Honour
The swimming world was shocked in April 2012 when 26-year-old Norwegian Alexander Dale Oen, the 2011 world champion in the 100m breaststroke, was found dead in his hotel room in Arizona after an apparent heart attack during a training camp. Dale Oen’s good friend, Hungarian Daniel Gyurta, went on to win Olympic gold in the 200m breaststroke in London. Afterward he declared that he would have an exact replica of his gold medal made and delivered to the Dale Oen family. Since the IOC does not allow replica medals, Gyurta instead had a special medal commissioned which he presented at the Norwegian Sports Gala in January 2013. In a speech given in Norwegian, Gyurta said  “Alexander was not only a fantastic competitor but also a great man and a true friend. I’m convinced that he would have won the gold medal at the Olympics, so this medal represents what he couldn’t achieve due to his tragic death.”

6. RIVAL GESTURE
Sapporo 1972 – Dieter Speer – Diploma of Honour
The Soviet Union was a heavy favourite to defend its Olympic gold medal in the men’s biathlon 4×7.5km relay in Sapporo. The lead-off man was Alexander Tikhonov, who had been part of the gold medal-winning squad four years earlier. But during his leg, Tikhonov mis-stepped and broke a ski. Tikhonov forced himself to keep going on one ski until Dieter Speer, a member of the East German team that was considered a top rival to the Soviets, gave Tikhonov one of his reserve skis. It did not fit Tikhonov perfectly, but with two skis back on his feet he was able to keep pace with the lead group. The Soviets would go on to win gold while Speer and the East Germans ended up with the bronze.

7. DIGNIFIED GLORY
Los Angeles 1984 – Mohamed Ali Rashwan – Pierre de Coubertin World Trophy
Japan’s Yasuhiro Yamashita was seen as a sure bet for judo gold in Los Angeles, having won the last three world titles in the +95kg weight class as well as the open class in 1981. He won his first Olympic match in just 27 seconds, but in his second match he tore a muscle in his right calf and was clearly limping as he left the mat after his victory. His next opponent, France’s Laurent Del Colombo attacked the injury, but Yamashita was able to counter and got the win to advance to the final. In that final he faced Egyptian Mohamed Ali Rashwan and despite limping worse than ever was victorious in just over one minute. At the victory ceremony, Rashwan the silver medallist had to help Yamashita step onto the top of the podium because his leg was so sore. Afterwards Rashwan told reporters that he chose not to attack Yamashita’s injured right leg because it was against his principles and he would not want to win in that way.

8. WARDROBE MALFUNCTION
Beijing 2008 – Dara Torres – Diploma of Honour
Dara Torres was competing in her fifth Olympic Games in Beijing and was the oldest swimmer in the field at age 41. Despite being a competitor in search of her first individual Olympic gold medal, Torres wanted to make sure the 50m freestyle event had all the top athletes. As the eight swimmers in her semifinal walked out to the blocks, Sweden’s Therese Alshammar had her suit rip. Torres tried to help her fix it, but when it became apparent that it wouldn’t be possible, Torres ran over to the side of the pool to inform an official that they not start the race until Alshammar had a chance to change. Once Alshammar returned in a new suit, the competition could get underway. Torres posted the fastest time of the semifinals and went on to win silver, missing the gold medal by just one-hundredth of a second.

9. TURNING THE TIDES
Athens 2004 – Markus Rogan – Pierre de Coubertin World Trophy
Heading into the Games, American Aaron Peirsol was the two-time defending world champion and world record holder in the 200m backstroke, making him the clear favourite for Olympic gold. He delivered in the final, winning in Olympic record time by a margin of 2.4 seconds over Austrian Markus Rogan. But when the results were posted on the scoreboard, it showed that Peirsol had been disqualified for an illegal turn and Rogan was the victor. The international governing body, FINA, reinstated Peirsol’s medal because the violation had not been properly recorded. The Austrian team filed an appeal after Peirsol’s reinstatement but it was rejected.  For his part, Rogan said it might have been the “shortest Olympic championship in history”. He also acknowledged that the medal did not belong to him and that Peirsol was one of his closest friends and “nothing is as beautiful as friendship.” He was later named Austria’s Sportsman of the Year, defeating star alpine skier Hermann Maier.

10. HEAVY HEART
Beijing 2008 – Gyorgy Kozmann – Letter of Congratulations
Hungarian canoeist Gyorgy Kozmann almost didn’t compete in Beijing. Just a month prior to the Games, Kozmann’s longtime partner Gyorgy Kolonics had collapsed and died during a training session due to heart failure. Kozmann initially decided not to take part in the Games, but changed his mind after talking with teammates, coaches and Kolonics’ friends. Kozmann teamed with 21-year-old Olympic rookie Tamas Kiss to win bronze in the C-2 1000m event, matching the medal that Kozmann and Kolonics had won four years earlier at Athens 2004.

Editor’s Note:
The CIFP has also awarded some prominent Olympians the Jean Borotra World Trophy for an entire career exemplifying the spirit of fair play. Among the notables are Lord Sebastian Coe of Great Britain who won 1500m gold at Moscow 1980 and Los Angeles 1984; Edwin Moses of the United States who won 400m hurdles gold at Montreal 1976 and Los Angeles 1984; Eduardo Mangiarotti of Italy who won 13 Olympic medals from 1936 to 1960, the most of any fencer; Jan Zelezny of the Czech Republic who won three straight javelin gold medals from 1992 to 2000; Vreni Schneider of Switzerland who won five Olympic alpine skiing medals, including double gold at Calgary 1988; and Canada’s own Wayne Gretzky, considered by many to be the greatest ice hockey player of all-time.