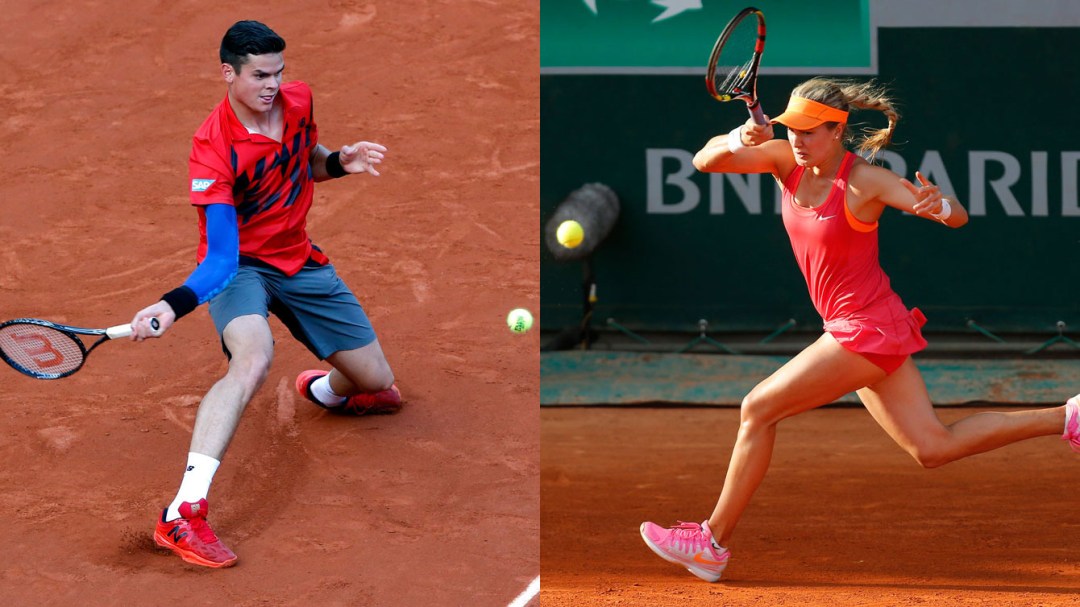 Canadians looked dominant at Roland Garros this weekend where Eugenie Bouchard, Milos Raonic and Daniel Nestor all advanced to the quarterfinals of the French Open.

Bouchard ousted world number nine Angelique Kerber of Germany 6-1, 6-2 on Sunday to book a place in the quarterfinals. The Canadian is seeded 18th in the tournament. The 20-year old Bouchard has already advanced farther than ever at Roland Garros and became the first Canadian to reach the quarters in women’s singles at the French Open since Helen Kelesi did it back-to-back in 1988 and 1989.

According to official match stats it took Bouchard just 22 minutes to win the first set and a slightly more taxing half hour to complete her dominance of Kerber. Following her match tournament officials quoted an expectant Bouchard as saying “I feel like I can play with the best girls in the game. I’m confident in my tennis.”

On the men’s side Raonic was just as composed, breezing through the first set in 34 minutes en route to beating Marcel Granollers in straight sets 6-3, 6-3, 6-3. The Spaniard looked outmatched against the eighth seeded Canadian, with commentators remarking on how comfortable Raonic seemed against his hard working opponent.

The ease with which Raonic moved through the fourth round didn’t escape his fans either.

can we just talk about how @milosraonic's hair has stayed perfect the entire match? #RolandGarros #perfecthair #greatlooks

Raonic has already surpassed his previous best showing at Roland Garros. It is also the first time a Canadian men’s singles player has reached the quarterfinals at the French Open. A humble Raonic said after the match he wasn’t aware of that Canadian benchmark but hopes to make a few more firsts this week. The 23-year old now is on a collision course against world number two Novak Djokovic, should the Serbian be able to displace French favourite Jo-Wilfried Tsonga.

No Canadian tennis news would be complete without mentioning Daniel Nestor. The 41-year old Olympic champion with his Serbian partner Nenad Zimonjic – seeded third – are through to the quarterfinals of the men’s doubles tournament after beating Jean-Julien Rojer (France) and Horia Tecau (Romania) 6-4, 7-5.

On Sunday, Nestor reached the quarterfinals of the mixed doubles tournament with French partner Kristina Mladenovic.