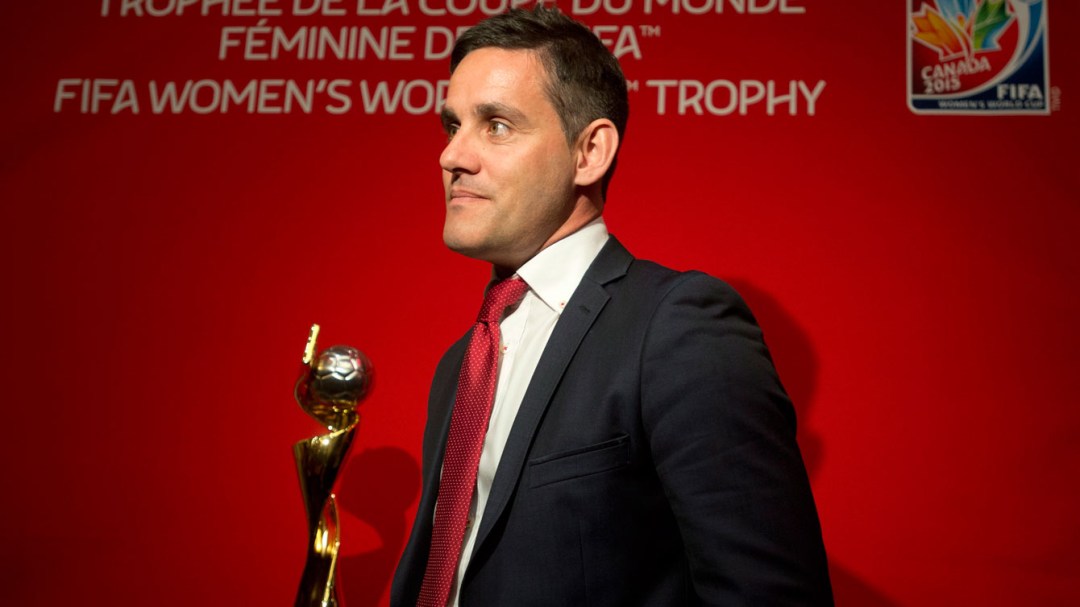 The FIFA Women’s World Cup is six months away and on Saturday Canada learned which countries are in its group as it gets set to welcome all competitors.

Canada (ranked eighth in the world) is in Group A, as is custom for host nations, and will be joined by New Zealand, China, and Netherlands in the world’s top women’s football tournament. It’s also an interesting draw for Canada’s head coach John Herdman (in photo above), the Englishman formerly coached New Zealand’s women’s team for six years.

The opening match of the tournament will be Canada versus China in Edmonton on June 6, 2015.

“All my wishes nearly came true,” Herdman told a TSN panel after the draw. All 52 Women’s World Cup matches will be broadcast on CTV and TSN.

“I wanted New Zealand in the opening game, that would’ve been really cool.” 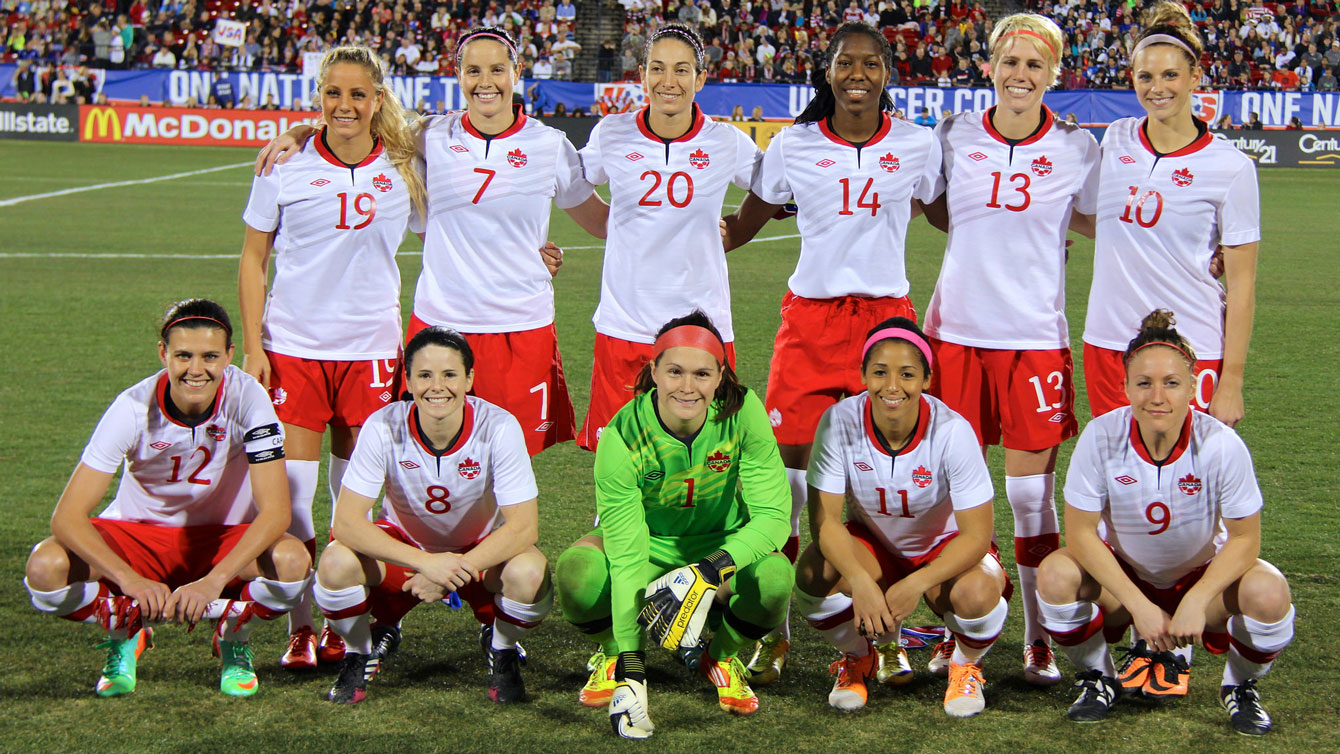 Herdman wished to avoid teams like Sweden and England to stray from a couple of heavyweights in the early days of the tournament. That’s exactly how the draw unfolded to the Canadian coach’s delight. However, Herdman won’t be taking Group A for granted.

“There’s no easy team in that group. China has been one of the top Asian teams, the Netherlands are an up and coming team, they have some real talent in there, and New Zealand, I know a little about them.”

A top two position in group play will guarantee Canada passage to the first knockout round.

Group B is led by Germany in Ottawa. Joining the world’s second ranked women’s football team is Côte d’Ivoire, Thailand and Norway.

Top ranked United States will be in Winnipeg along with other Group D teams Nigeria, Australia and Sweden.

Brazil begins its World Cup in Montreal with Group E. Standing in its way to the knockout stage is Costa Rica, South Korea and Spain.

France, the seeded team in Group F, gets Mexico, Colombia and England. These teams will begin the tourney in Moncton.

Jonelle Filigno is a two-time Olympian and was a forward on the bronze-medal winning women’s team in London. Filigno recorded…