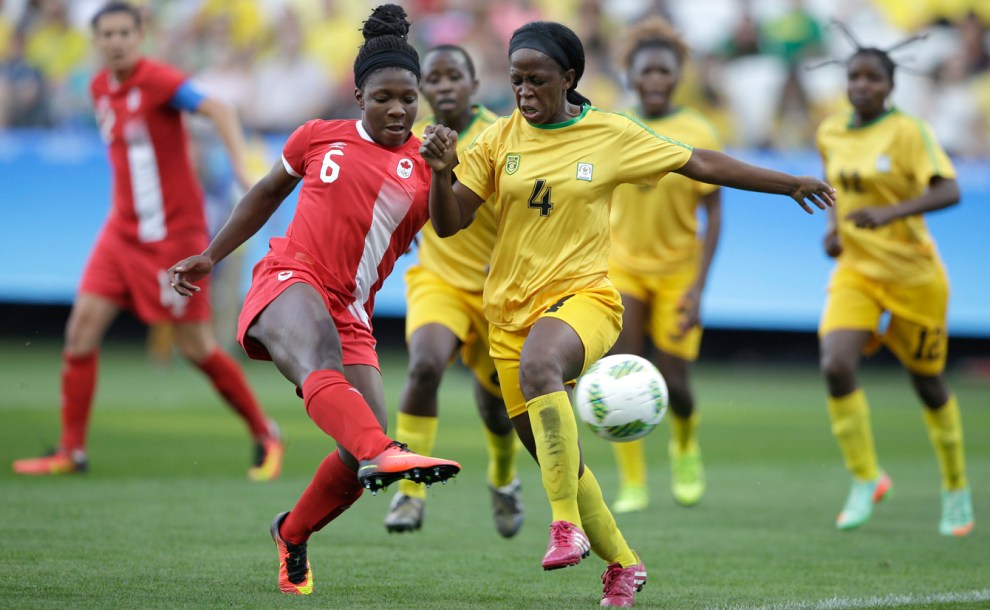 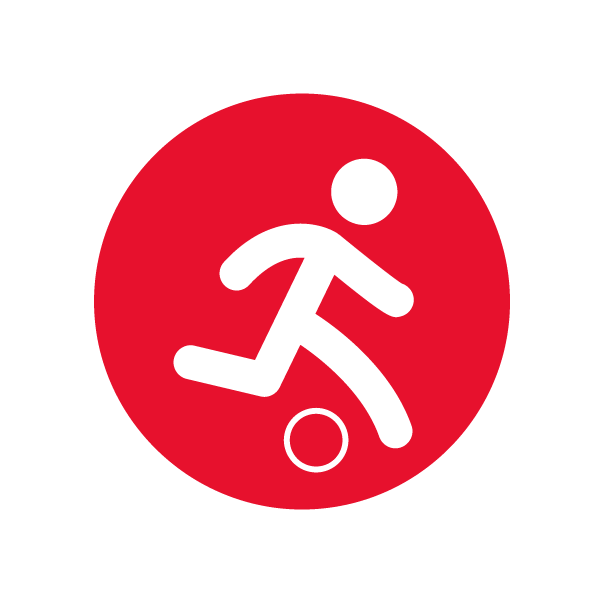 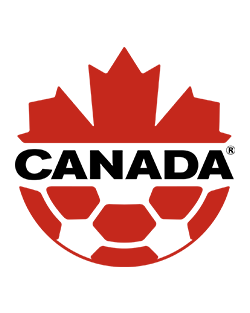 A soccer game features two teams, each with 11 players on the field from a total roster of 18 players. The objective is for one team to put the ball in their opponent’s goal as many times as possible while defending their own goal. Except for the goalkeeper, all players are not allowed to touch the ball with their hands and arms. 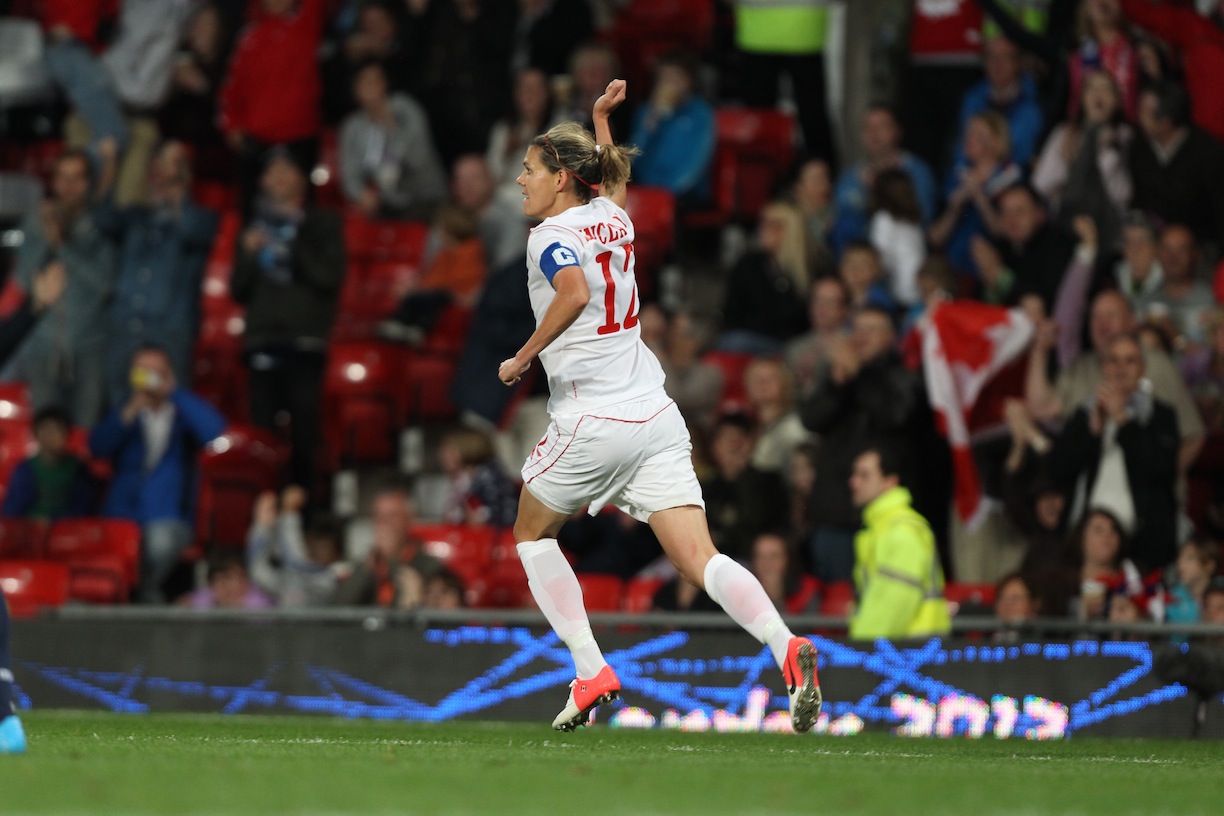 In the Olympic tournaments, the 16 men’s teams and 12 women’s teams are divided into pools of four. Following a preliminary round robin – in which a win is worth three points, a tie worth one point and a loss worth zero points – the top teams advance to the knockout stage, beginning with the quarterfinals. Those winners advance to the semifinals, from which the winners play for gold and silver while the losers play for bronze. If a knockout match is tied after regulation time, two 15-minute extra-time periods are played and followed, if necessary, by penalty kicks to determine a winner.

While minimal contact between players is permitted, for incidents where an official deems the contact to be violent or excessive, they may award a yellow card (caution) or red card (expulsion) to the offending player.

Canada has won three Olympic medals in soccer, most recently the back-to-back bronzes by the women’s team at London 2012 and Rio 2016. In London, the team rebounded from a heart-breaking semifinal loss to the United States to defeat France 1-0 on Diana Matheson’s goal in stoppage time (92nd minute). That was just the second time Canada had entered the women’s tournament following Beijing 2008. In Rio, a new hero emerged in the 2-1 victory over host nation Brazil in the third-place match as Deanne Rose scored the opening goal and assisted on the winner.

Canada’s first Olympic soccer medal came at St. Louis 1904 where the Galt Football Club won Canada’s only gold in the sport. Canada has played in just two men’s Olympic tournaments since then, Montreal 1976 and Los Angeles 1984.