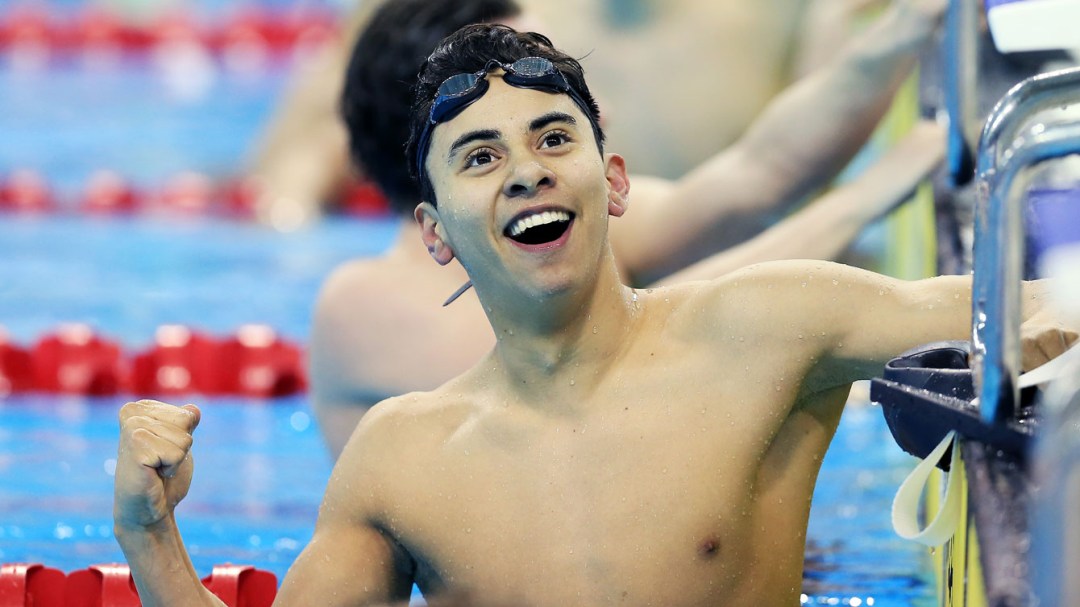 Canadians from coast to coast will soon be cheering on the 313 athletes who will sport the maple leaf at Rio 2016.

And with good reason, as those athletes hail from eight different provinces, with only Newfoundland and Labrador, Prince Edward Island and the three territories lacking a homegrown Olympian. 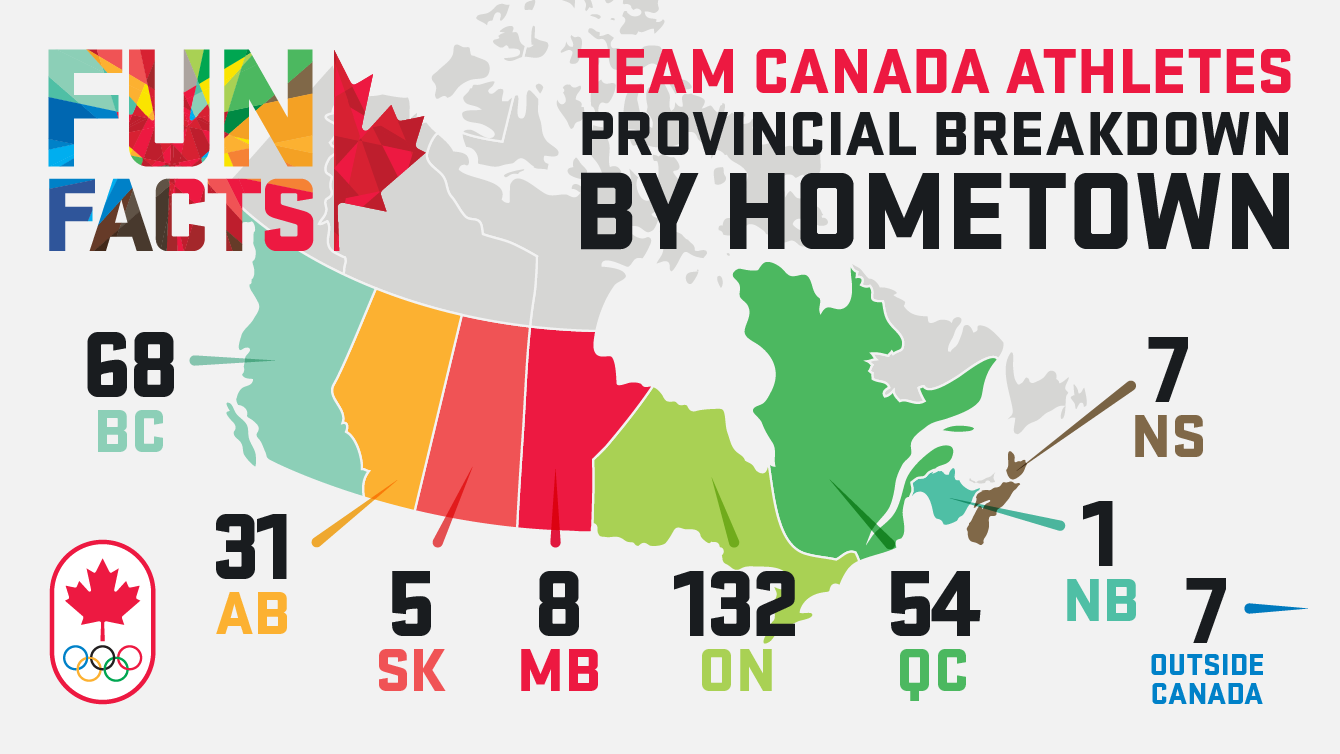 Leading the way is Ontario, home to 132 Team Canada athletes from A (swimmer Javier Acevedo) to Z (judoka Kelita Zupancic). Ontarians will compete in 30 of the 37 disciplines in which Canada is qualified. No surprise that the biggest city in Canada is home to 29 athletes. Another nine call the nation’s capital home.

With several national training centres within its borders, British Columbia is an inspiring place to develop as an athlete. Included in its 68 representatives are 13 of the 16 members of the men’s field hockey team as well as 10 rowers.

Quebec has always been a major producer of Olympic talent and this year is no different. All seven Canadian divers hail from La Belle Province. And while PEI may not have any 2016 Olympians, the nearby archipelago Îles-de-la-Madeleine is where track cyclist Hugo Barrette was born and raised. 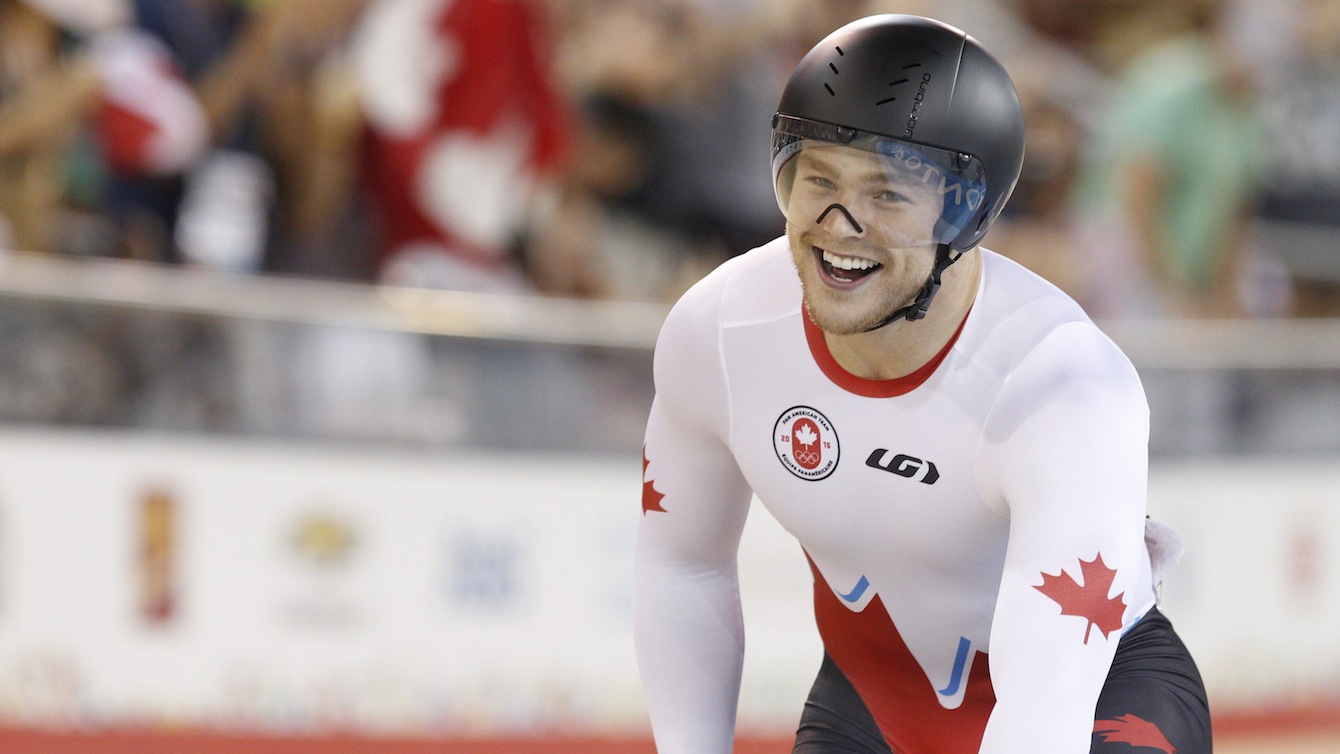 Thanks to the venues built for Calgary 1988, Alberta always boasts numerous Winter Olympians. But with a strong sports infrastructure, summer athletes are not left out, as evidenced by the 16 Rio team members who come from Canada’s first winter Olympic city.

All but two of Manitoba’s eight team members are Winnipeggers. Those exceptions are triathlete Tyler Mislawchuk from Oak Bluff and artistic gymnast Isabela Onyshko of Brandon.

Nova Scotia and water go hand-in-hand, so it’s only fitting that five of the province’s seven team members compete on the water, two in canoe/kayak sprint and three in sailing. 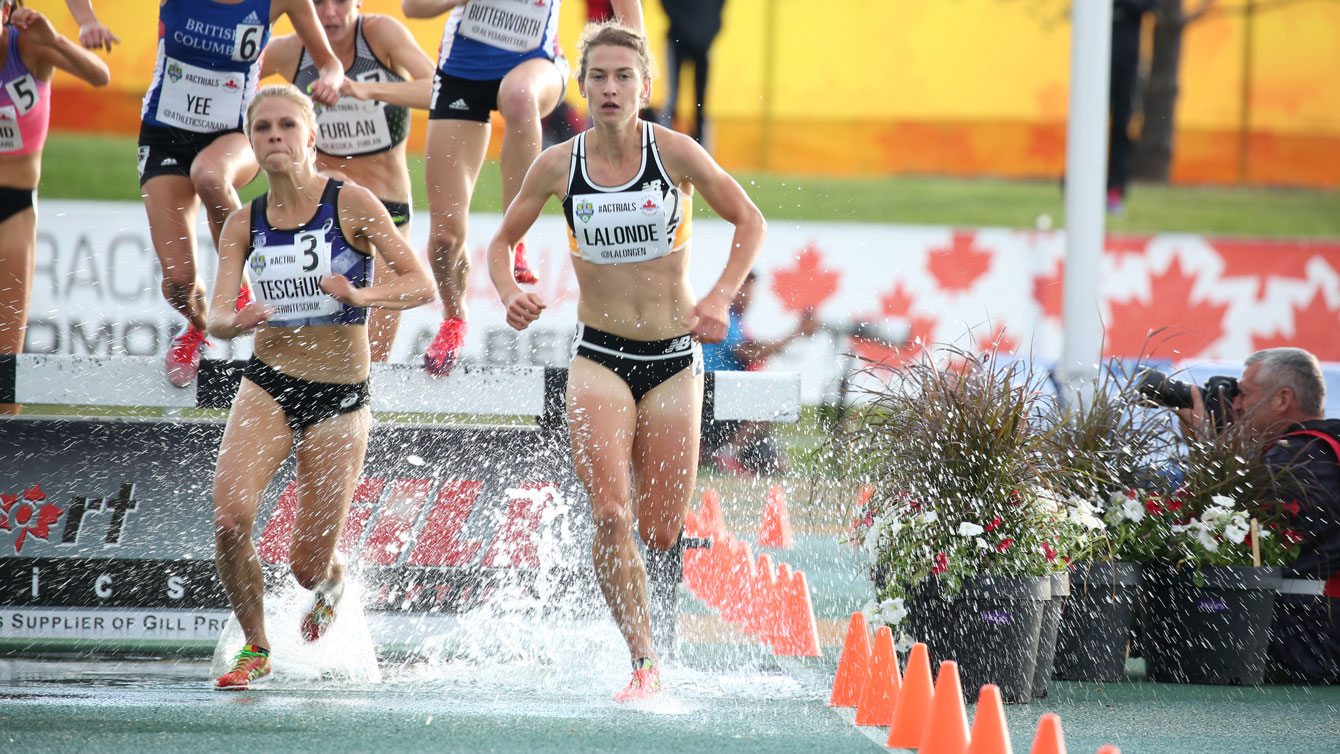 Erin Teschuk of Manitoba and Genevieve Lalonde from New Brunswick clear the water hazard in the women’s steeplechase at Olympic trials on June 8, 2016. Teschuk won the race, with Lalonde third.

Four of Saskatchewan’s five athletes are completely homegrown, with only volleyballer Gavin Schmitt born outside in Grande Prairie, Alberta.

The lone New Brunswicker on the squad is steeplechaser Genevieve Lalonde from Moncton. Just six years ago she competed at the IAAF World Junior Championships in her hometown. Two-time world champion mountain biker Catharine Pendrel was born in New Brunswick but now lives and trains in Kamloops, British Columbia.

There are also seven Canadian team members who have their home base elsewhere in the world. Some, such as equestrian Rebecca Howard and swimmer Taylor Ruck, were born in Canada before moving away (Howard to England, Ruck to Arizona). Others are Canadian via their parents. Included in this group is rower Julien Bahain, who competed for France at two Olympic Games, winning bronze at Beijing 2008, before choosing to move to his mother’s homeland.