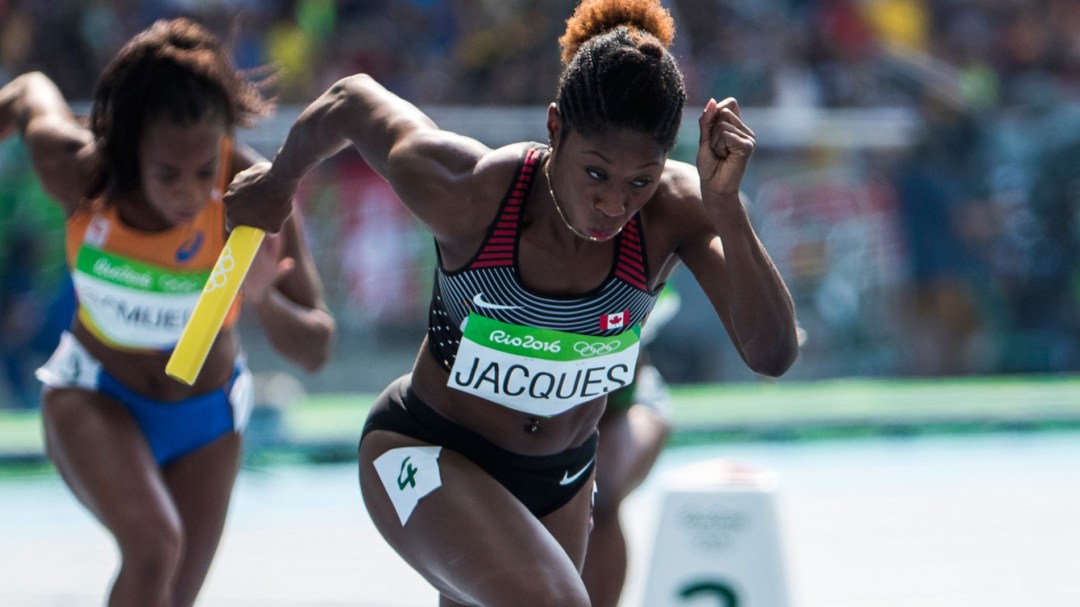 Canada will have two teams in the 4×100 metre relay finals on Friday night.

The women’s team consisting of Farah Jacques, Crystal Emmanuel, Phylicia George and Khamica Bingham were fourth in their heat running in 42.70 seconds on Thursday morning behind Jamaica, Great Britain and Ukraine. That was enough to be among the two fastest non-automatic qualifying teams. The top three in each of the two heats, along with the next two fastest countries claimed a berth for Friday. 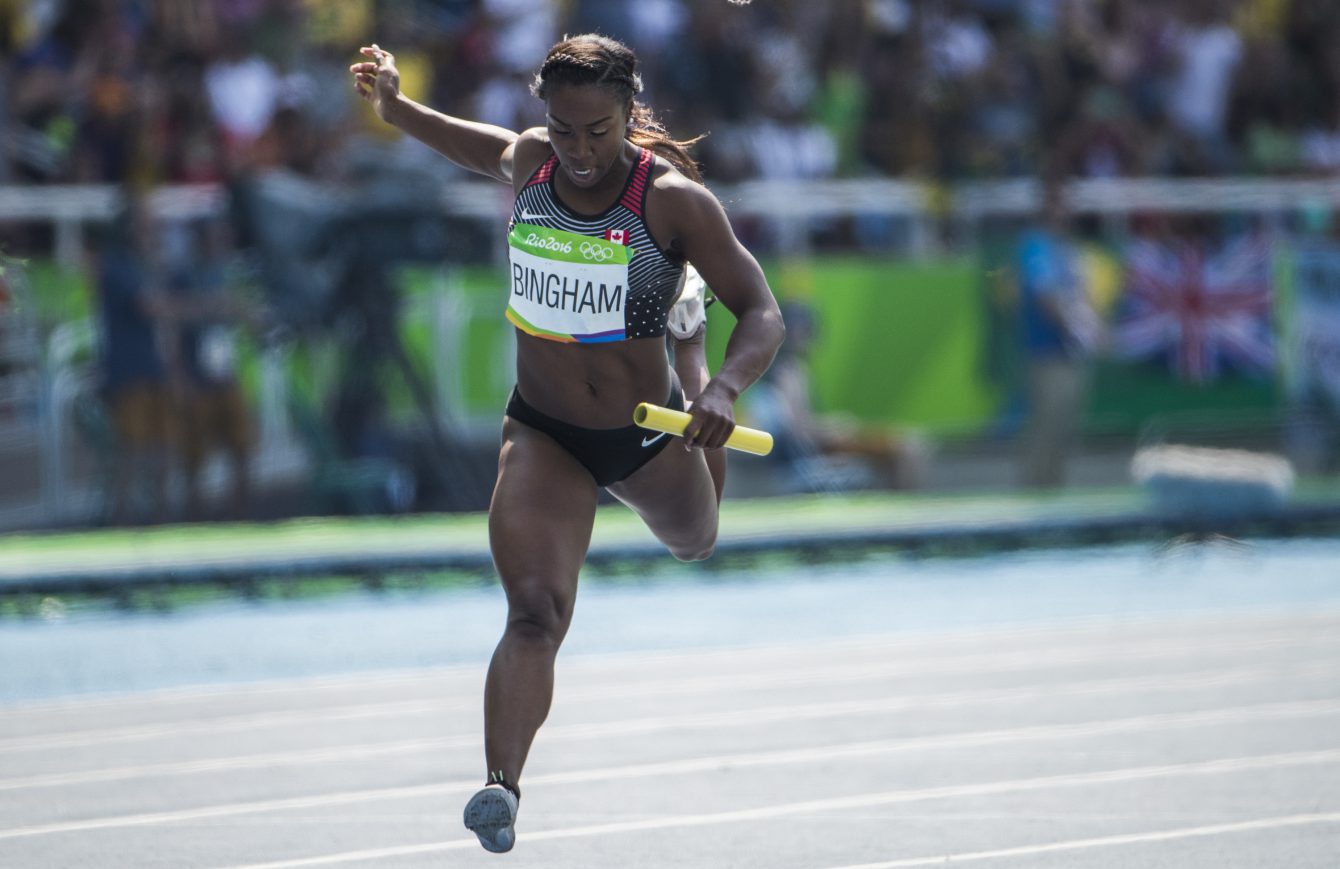 Canada’s was the seventh fastest time overall in the women’s races. The top team going through is Jamaica in 41.79 seconds, with Great Britain as the other squad to sub-42 in 41.93. Also advancing to the final are Germany, Ukraine, Nigeria, Trinidad and Tobago and China.

Some controversy in the women’s relay came when United States was temporarily disqualified due to a troubling second exchange between Allyson Felix and English Gardner. However, USA will be given a chance to redeem itself in a time trial on Thursday night, after a claim that Brazil interfered with the exchange was upheld. 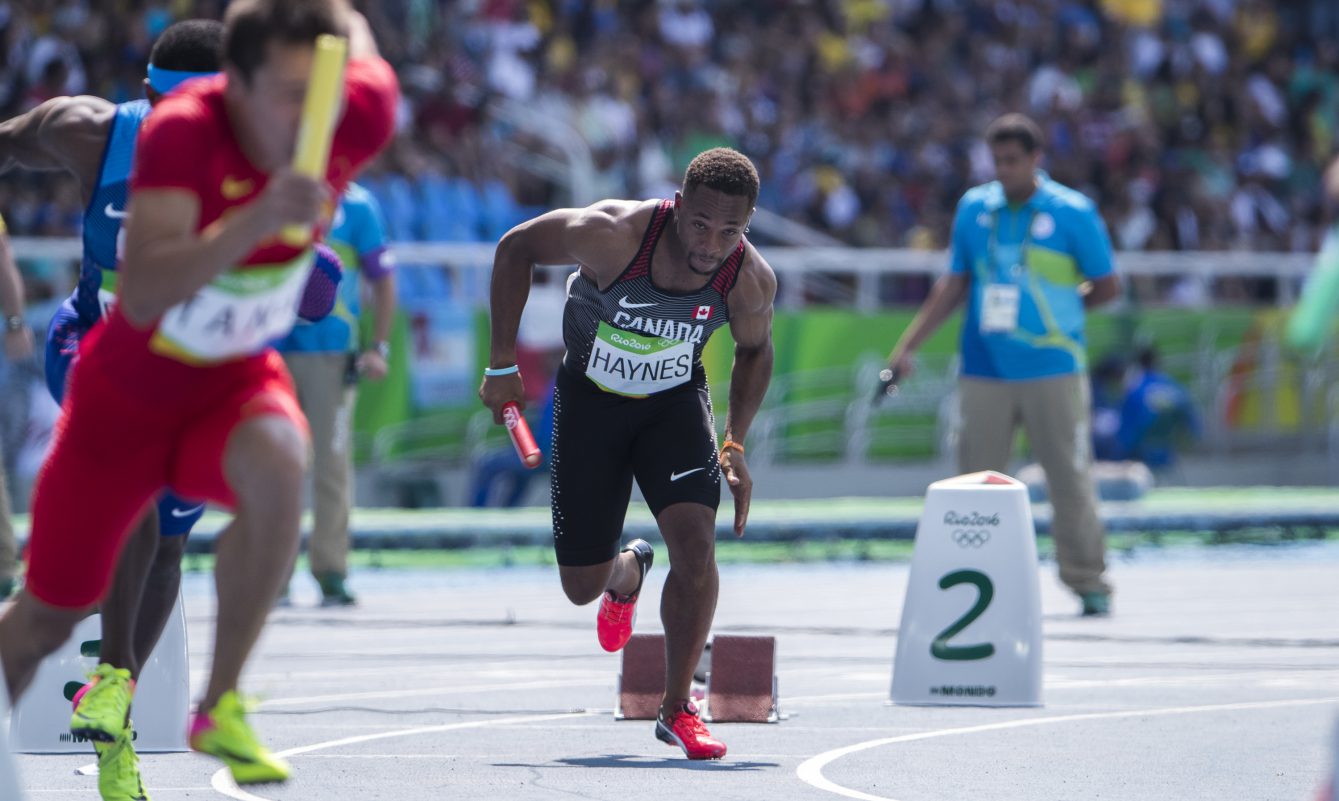 The men’s team saw Akeem Haynes lead off, while Aaron Brown ran the second leg handing off to Brendon Rodney, before Bolade Ajomale brought it home in 37.89 seconds for third place and automatic qualification from heat one. It is Canada’s second fastest time ever in the 4x100m. In the final, Canada should expect to see Andre De Grasse inserted in the second leg given recent races, he didn’t run the heats to rest up for the 200m final on Thursday night.

United States had the fastest time in the men’s division, crossing the line in 37.65 in Canada’s heat, ahead of China’s 37.82. Japan goes into the final with the second fastest time at 37.68 from heat two, putting Canada’s overall clocking in fourth. Also advancing are Jamaica, Trinidad & Tobago, Great Britain and the host nation Brazil. Jamaica will expect to have Usain Bolt in the lineup to change the makeup of its squad for the final.

This is the first time Canada has had both women’s and men’s teams in the 4x100m relay finals since Los Angeles 1984. At that Games the women’s team won a silver medal, while the men made the podium with a bronze.

On paper, Bolade Ajomale wasn’t supposed to make the 100m final at the 2016 Canadian Championships. But that’s why the…