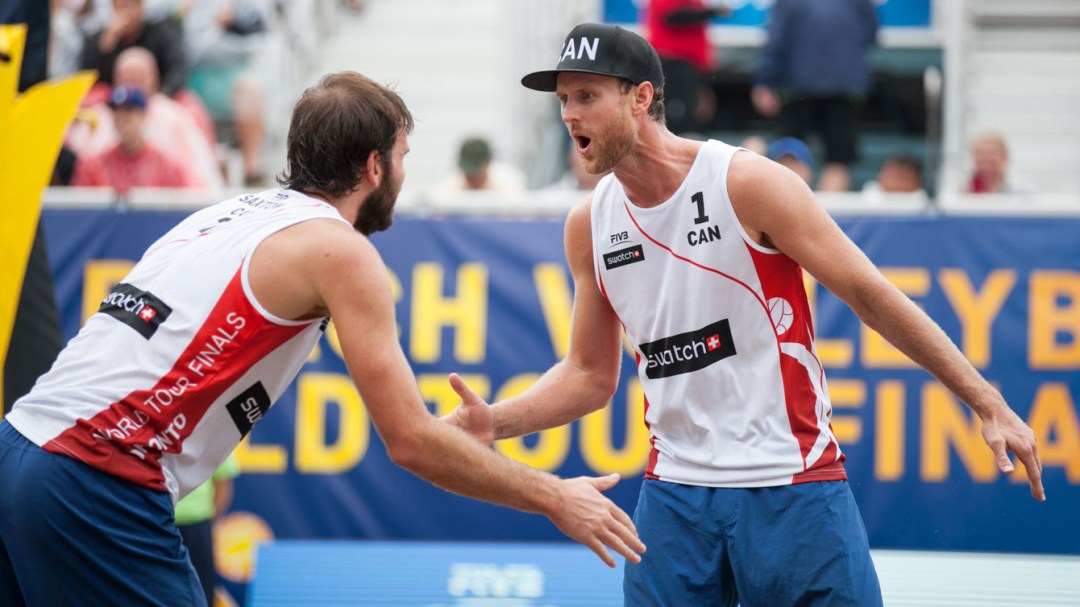 Olympians Ben Saxton and Chaim Schalk have advanced to the semifinals of the Swatch Beach Volleyball FIVB World Tour Finals in Toronto.

After dropping the first set 21-17 to Poland’s Piotr Kantor and Bartosz Losiak on Saturday at Polson Pier, the Canadians rebounded with 21-12 and 15-11 set wins to take the quarterfinal match 2-1. 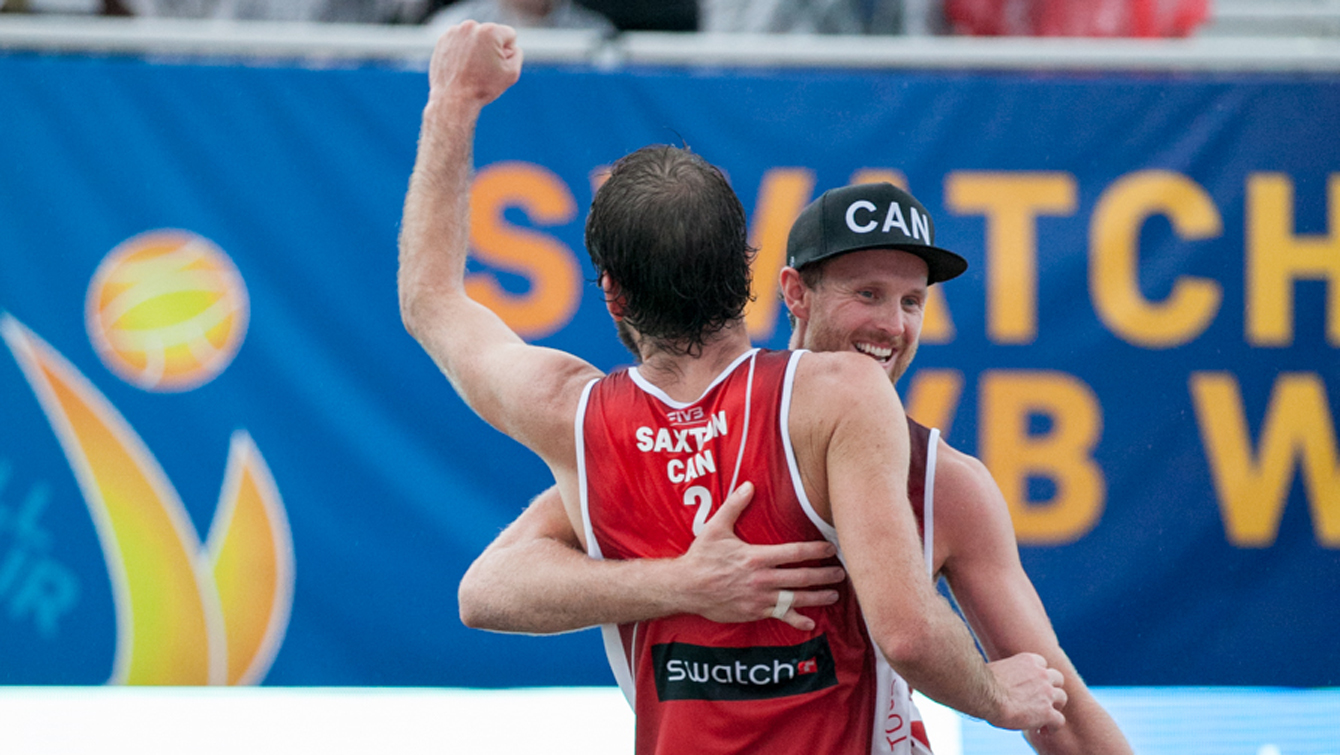 “We start behind a lot,” laughed Saxton when asked about the turnaround. “We’re slow starters sometimes. We’re confident in our ability to come back in any match at any time. We’ve shown it a few times this tournament already. We’re happy.”

The duo advanced to Saturday’s quarterfinals with a 2-0 (21-19, 21-19) win over Alexander Brouwer and Robert Meeuwsen of the Netherlands in the round of 12 earlier in the day. Schalk said the team has been improving with every game. 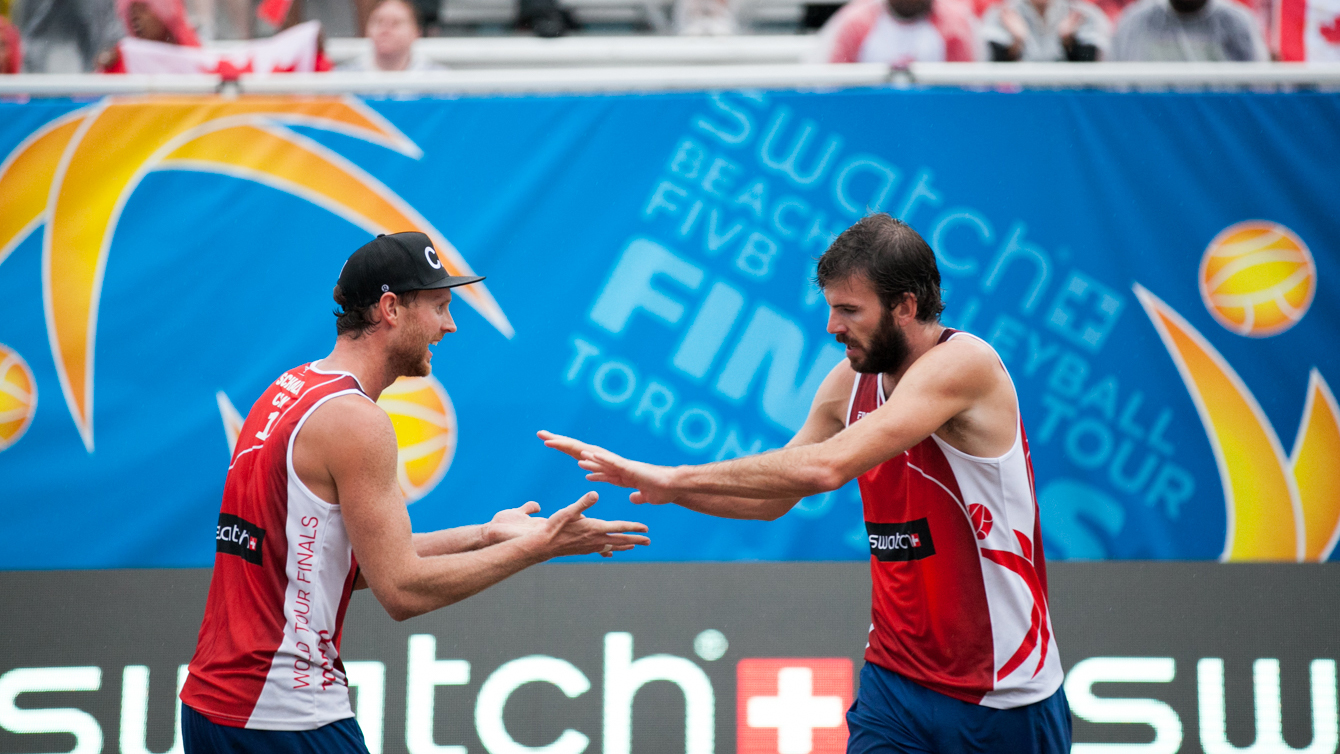 Ben Saxton and Chaim Schalk celebrate a point against Poland in the quarterfinals of the FIVB World Tour Finals in Toronto on Sept. 17, 2016. (Photo: Thomas Skrlj)

“It was a good performance by us,” said Schalk. “We’ve been getting stronger every game. We dealt with the weather well today and just stayed steady. That’s what makes us a good team. We don’t get down. We just keep pushing. And that’s what we did today. That’s an amazing team we just played and we’re pumped to play the Olympic gold medallists the next game.”

The road to the tournament final won’t be an easy one for the Canadians. They’ll take on Rio 2016 gold medal winners Alison Cerutti and Bruno Oscar Schmidt in Sunday’s semifinals. 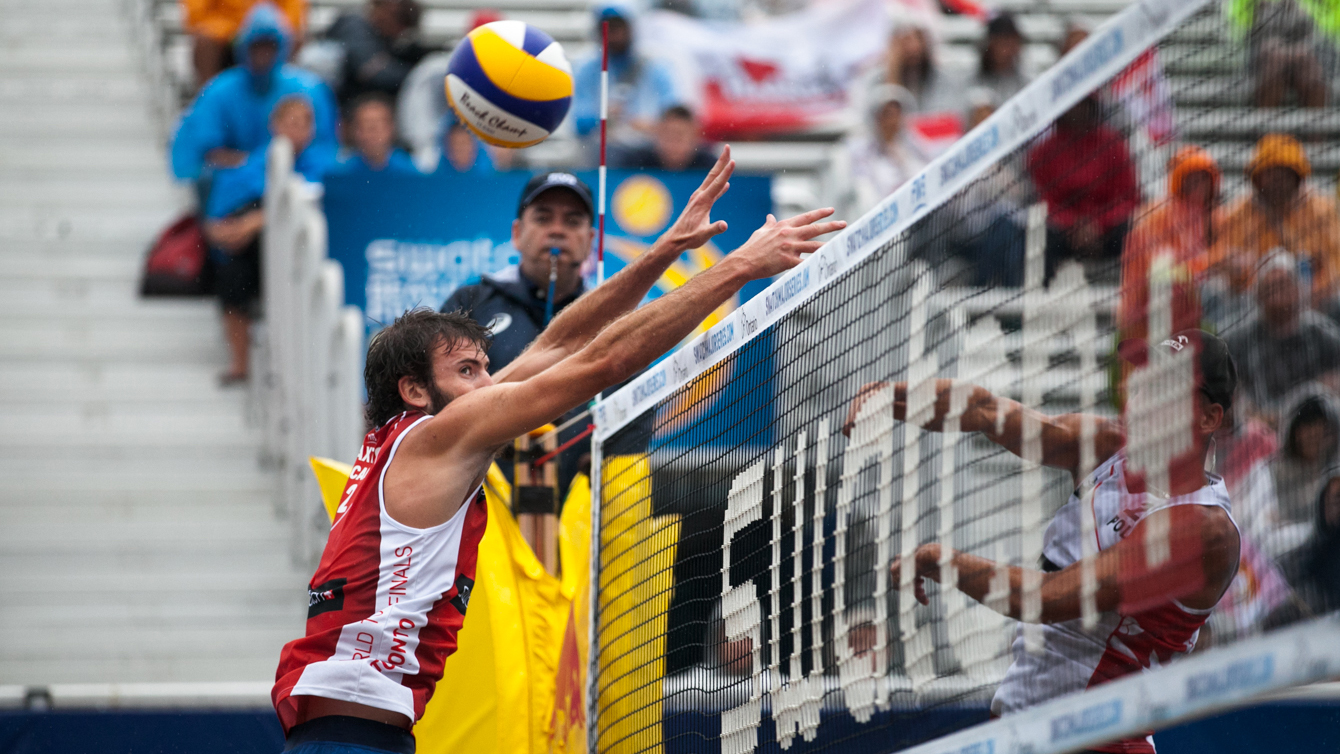 Ben Saxton goes for a block against Poland in the quarterfinals of the FIVB World Tour Finals in Toronto on Sept. 17, 2016. (Photo: Thomas Skrlj)

“We’re going to go out and fight in the next match – the next two matches – and hopefully do well,” said Saxton.

Schalk said it’ll be important that the team stays focused and plays their own style of game on Sunday.

“We can beat anyone when we play our best,” said Schalk. “We’re just going to go out there and ride the wave of the crowd – which is going to be awesome and fun.” 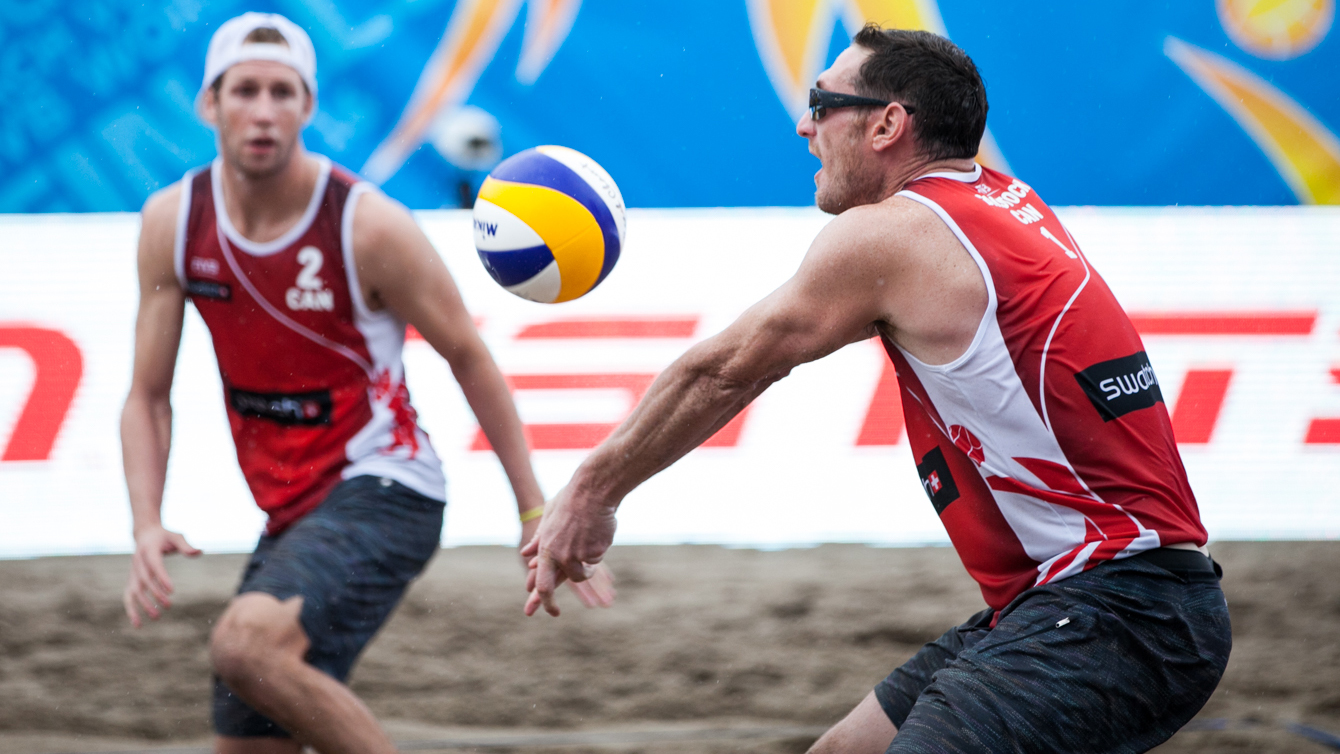 Josh Binstock bumps the ball while partner Sam Schachter looks on against Poland at the FIVB World Tour Finals in Toronto on Sept. 17, 2016. (Photo: Thomas Skrlj)

Earlier on Saturday, Canadians Josh Binstock and Sam Schachter lost 2-1 (18-21, 21-17, 12-15) in the round of 12 to Mariusz Prudel and Grzegorz Fijalek of Poland. The loss eliminated the Olympic duo from the tournament.

“We’re obviously disappointed coming up just a little short,” said Schachter. “It really stings being here at home and wanting to win for the crowd, ourselves and our family.

“It’s not the way you want to finish the year but we’ll use this as motivation during the off-season and come back better next year.” 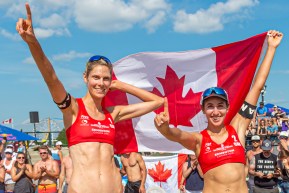 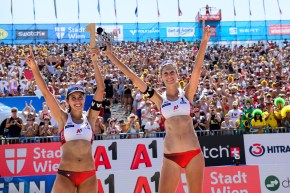 As a teenager, Chaim Schalk asked his father to invest in his future beach volleyball career by building a sand...