Canada has nominated its largest ever contingent of bobsleigh and skeleton athletes for an Olympic Winter Games.

Kaillie Humphries has her eye on the record books as she will try to become the first bobsleigh pilot to win Olympic gold in the same event three times. Last week, Humphries won the women’s overall World Cup crown for the fourth time in her career. Humphries has 48 World Cup and four World Championship medals to go along with her back-to-back Olympic gold medals from Vancouver 2010 and Sochi 2014. 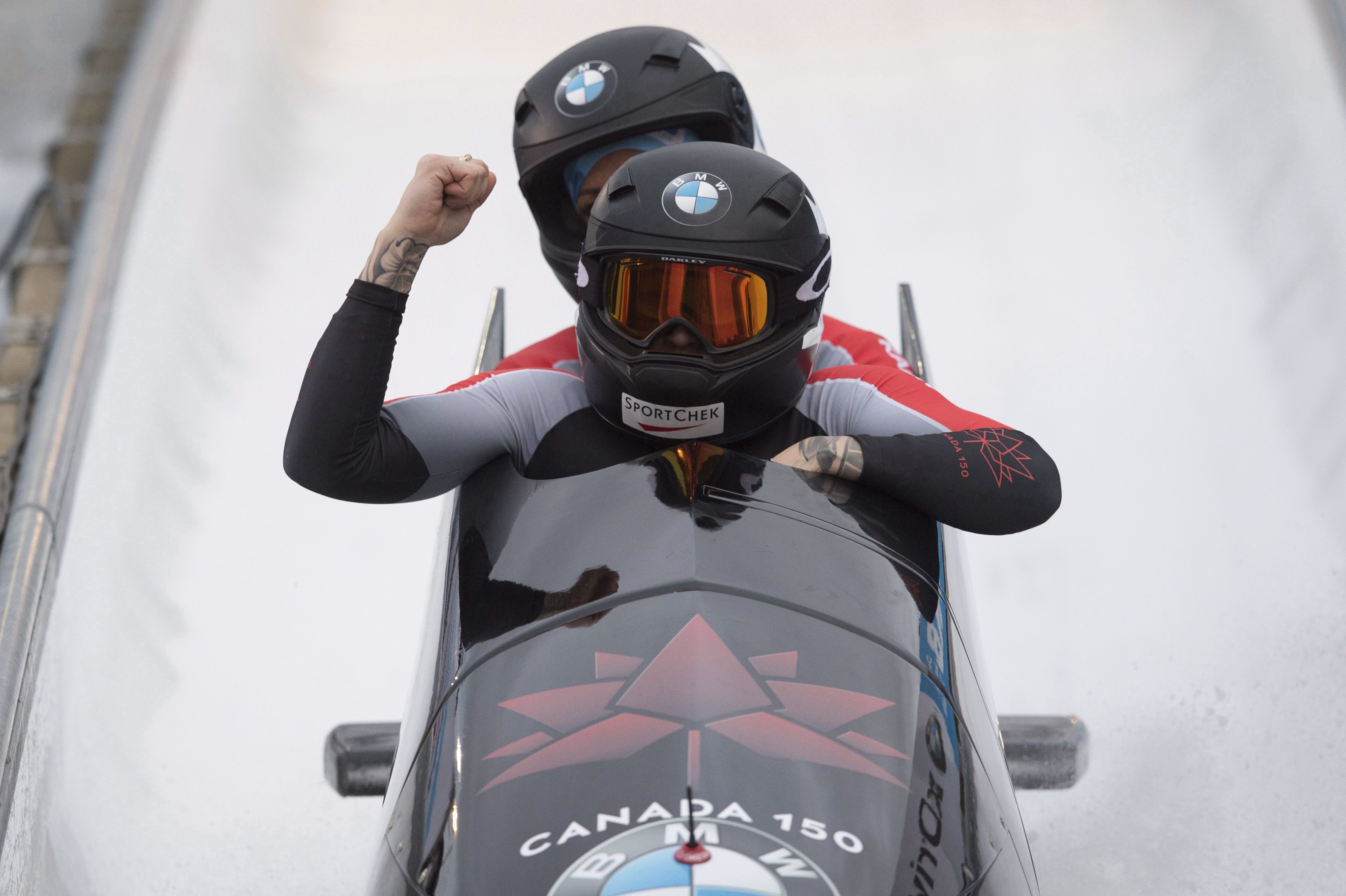 Also driving women’s sleds will be Alysia Rissling and Christine de Bruin, who will both make their Olympic debuts. Rissling won her first World Cup medal at the PyeongChang test event in March 2017 and hopes to replicate her success on the Olympic track in February. De Bruin made her World Cup debut in 2012 before suffering a major back injury. She has had strong results since her return in 2016, including three top ten finishes this season.

The trio of brakemen who will push them include Heather Moyse, Phylicia George and Melissa Lotholz.

Moyse is back for her fourth Olympic Winter Games. After winning back-to-back Olympic gold with Humphries, Moyse took three years away from the sport and returned to competition four months ago. George will become a dual-season Olympian after competing at London 2012 and Rio 2016 in the 100m hurdles. In George’s first season on the World Cup circuit, she won gold with Humphries at the Altenberg World Cup in early January. Lotholz pushed Humphries to nine podium finishes in as many races in 2015-16 to win the overall World Cup title as well as world silver medals in 2016 and 2017. 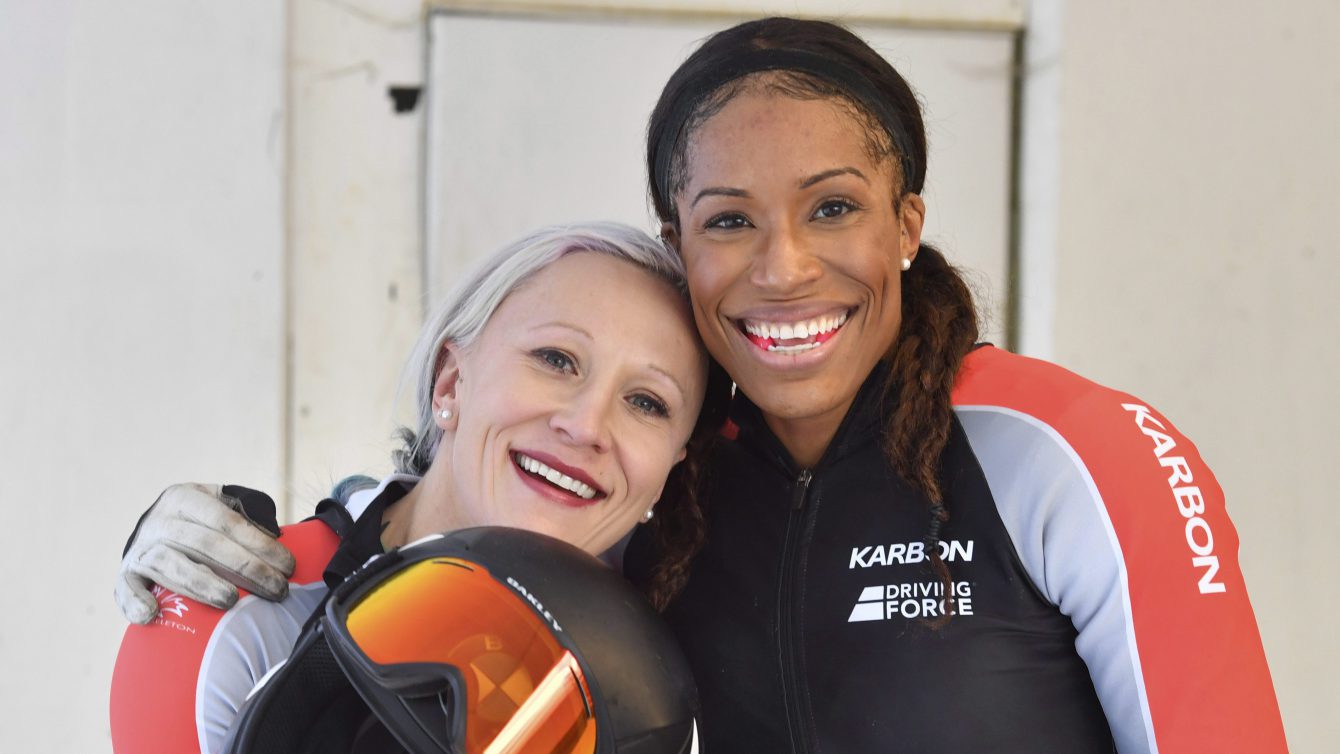 The men’s bobsleigh team will be led by Justin Kripps in his third Olympic appearance. At Sochi 2014, Kripps was the top Canadian pilot in the two-man event, finishing sixth. Among his career highlights since then are a two-man silver at the 2017 World Championships and the overall World Cup title in the two-man for the 2017-18 season. He stood on the podium five times in eight races, including one victory, and never finished lower than fourth. 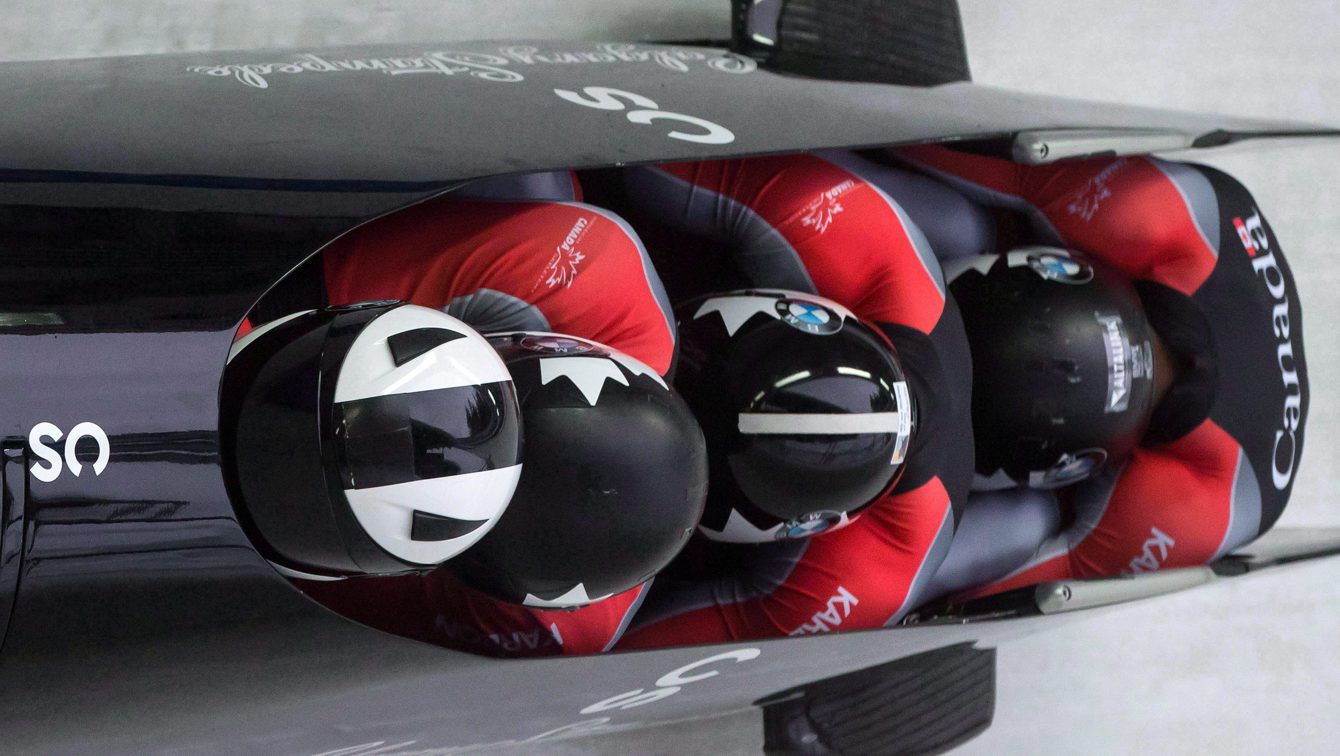 Christopher Spring is also headed to his third Olympic Games on the heels of winning four World Cup medals this season, split between the two-man and four-man events. Nick Poloniato will make his Olympic debut as Canada’s third male pilot. Poloniato had the highest World Cup finish of his career at the PyeongChang test event in March 2017 where he finished fourth, showing a good read of the Olympic track.

Nine brakemen will travel to PyeongChang to push three men’s sleds. Lascelles Brown will make his fifth Olympic appearance, looking to add to the two-man silver he won at Turin 2006 and the four-man bronze he was part of at Vancouver 2010. Jesse Lumsden and Neville Wright are returning for their third Olympic Winter Games. It was Lumsden who pushed Kripps to the podium at last year’s worlds. Ben Coakwell is set for his second straight trip to the Games. 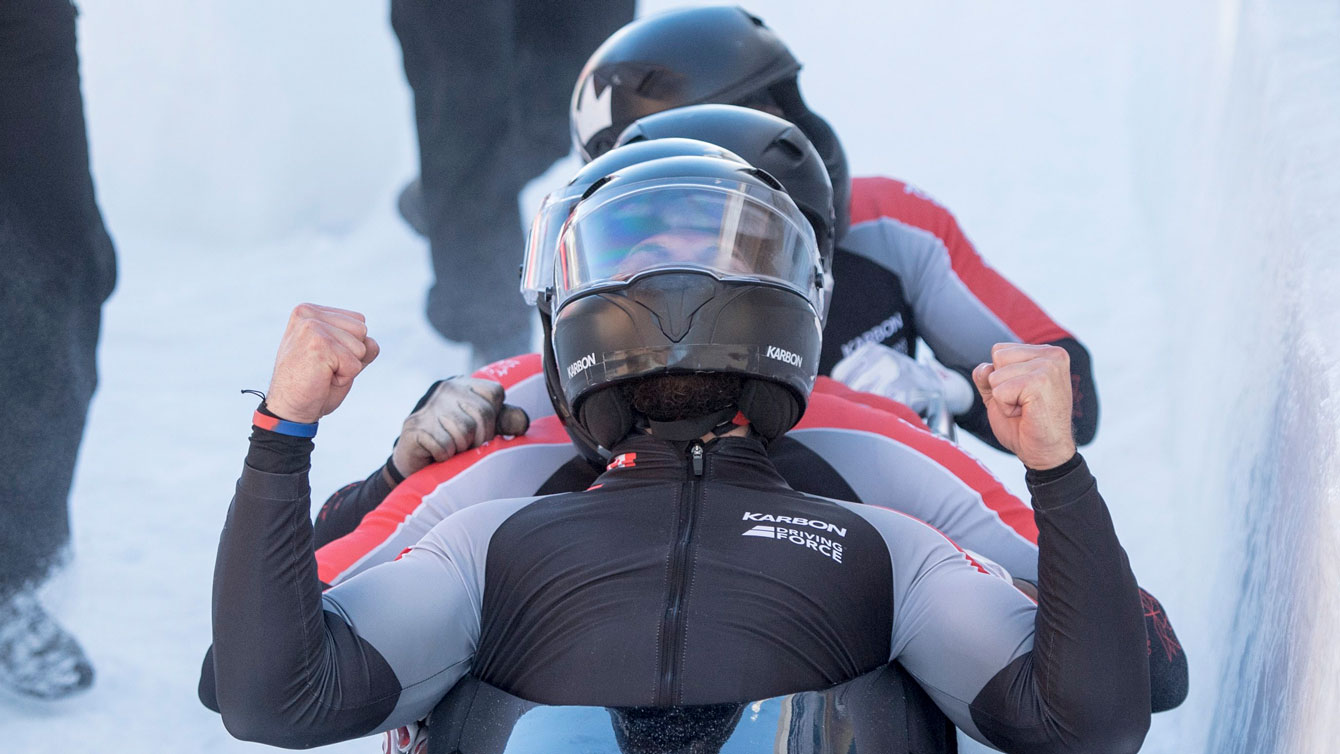 Seyi Smith and Bryan Barnett are both dual-season Olympic athletes. Smith was part of the 4x100m relay team that finished in bronze medal position at London 2012 but was disqualified. He made his bobsleigh World Cup debut in 2017. Barnett represented Canada at Beijing 2008 as a sprinter and was in Canada’s top two-man sled at Sochi 2014.

Team Canada has seen a complete revitalization of its skeleton program since Sochi 2014. The athletes named to the Olympic roster today are working to return Canada to the position of dominance it held in the early 2000s before the rest of the world caught up. 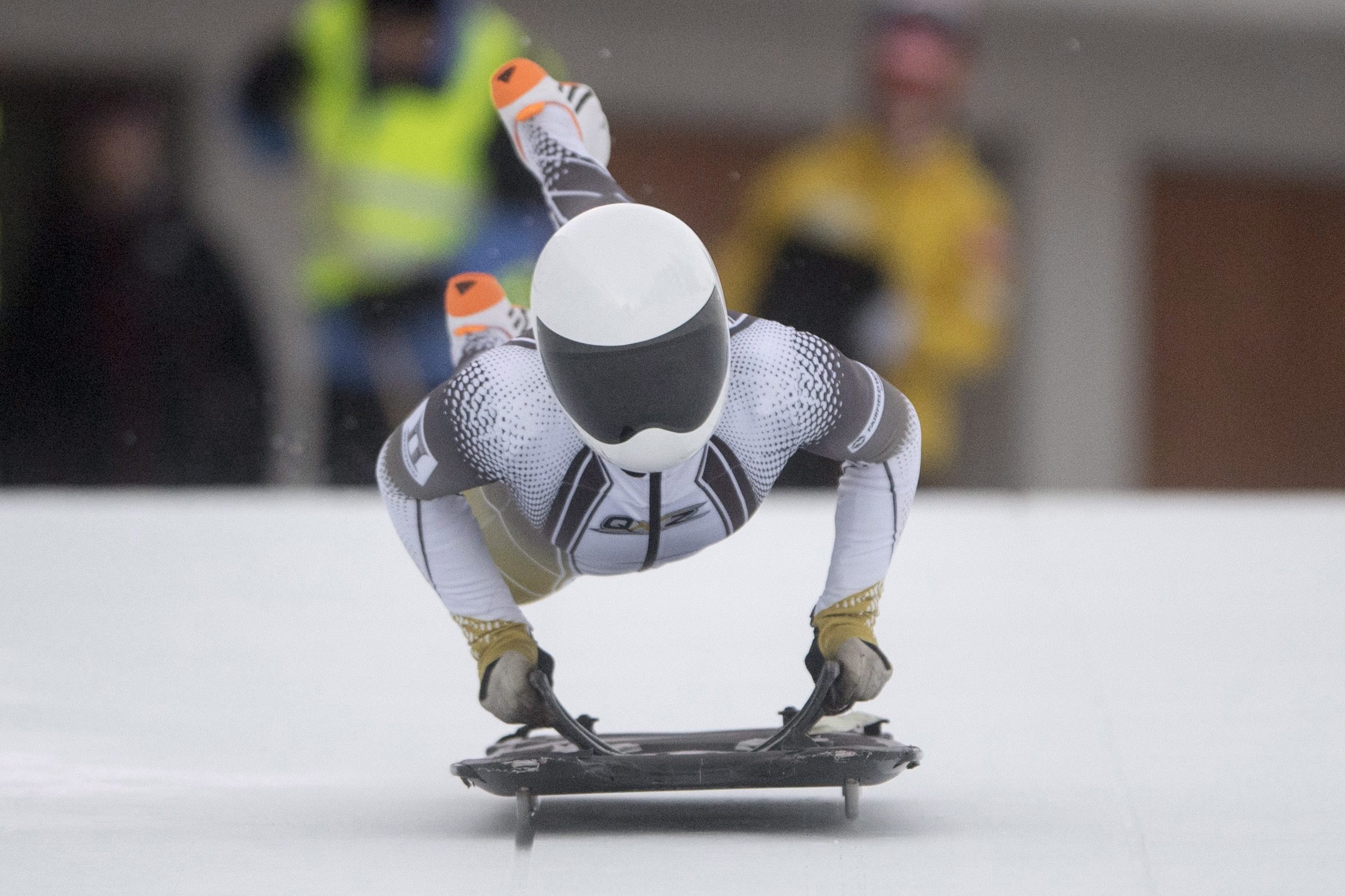 Elisabeth Vathje from Team Canada competes during a training at the Women’s Skeleton World Cup in St. Moritz, Switzerland, on Thursday, Jan. 11, 2018. (Urs Flueeler/Keystone via AP)

The women’s team has three serious podium threats on the roster. They will be led by Elisabeth Vathje who is heading to PyeongChang 2018 ranked third on the World Cup circuit. Vathje has had an impressive season, taking home three silver medals and one bronze.

Jane Channell finished fourth at her first world championships in 2015. She earned the third World Cup podium of her career with a silver at the Whistler World Cup in November. 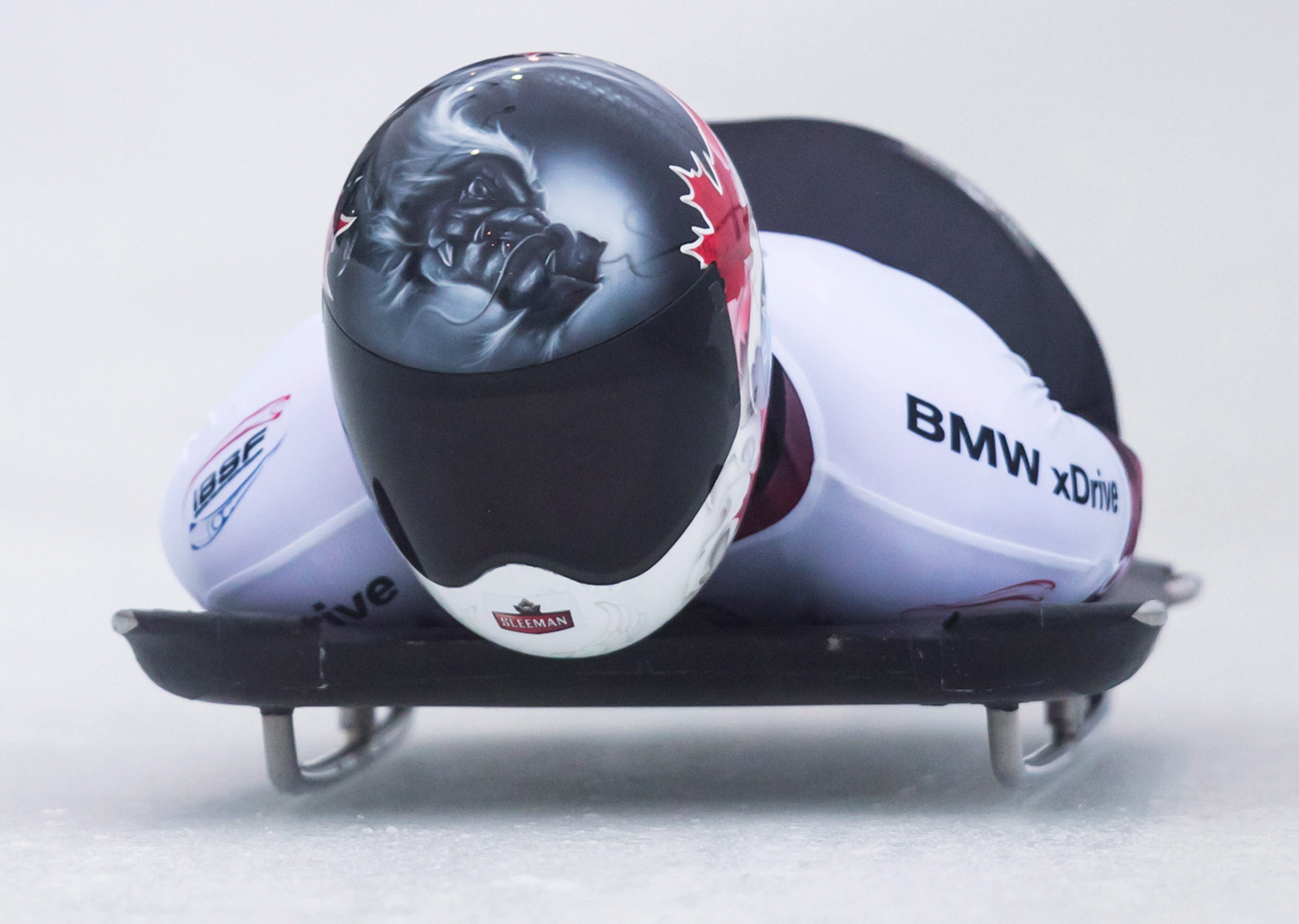 Rounding out the women’s skeleton team is Mirela Rahneva, who burst onto the World Cup scene last season, winning four World Cup medals and finishing third overall in her first year on the circuit.

On the men’s side, Dave Greszczyszyn won his first World Cup medal last month with bronze in a weather-shortened event in Winterberg. Previously, Greszczyszyn’s best World Cup event came in 2016 when he placed fifth at the World Cup in Whistler. 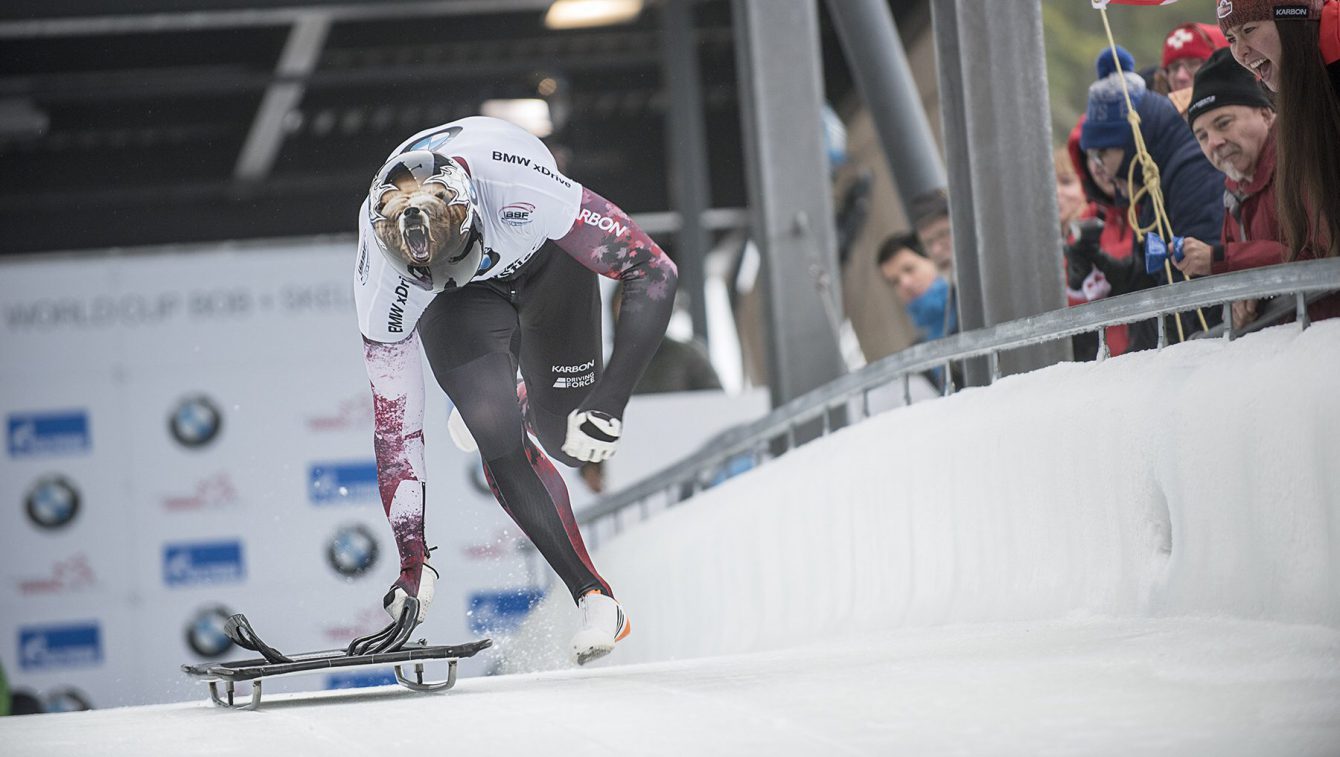 Kevin Boyer made his World Cup debut last season and will compete at his first Olympic Winter Games. Boyer’s career-best finish came in December when he placed 12th at the World Cup in Winterberg.

The final member of Team Canada’s skeleton team for PyeongChang 2018 is reigning Canadian champion, Barrett Martineau. Martineau trained most of his life in ski jumping and Nordic combined before transitioning to skeleton in 2010.