Kaitlyn Lawes and John Morris got some revenge against Norway on Day 3 at PyeongChang—and, in the process, booked themselves a spot in the first-ever Olympic gold-medal final in mixed doubles curling.

The Canadians went 6-1 in the round-robin stage to finish in first place, with their only loss coming in their first draw, a 9-6 defeat to the Norwegians. The two teams met again in the semifinal on Sunday evening (Canadian time); but this time, Canada emerged with a hard-fought 8-4 win.

The result guarantees Canada will be among the first-ever medalists in mixed doubles curling, which was added to the program for PyeongChang 2018. Lawes and Morris have prior experience on the podium: they’ve both won gold in the traditional team event (Morris at Vancouver 2010, Lawes at Sochi 2014).

Canada had the chance for a huge first end against the Norwegian duo of Kristin Skaslien and Magnus Nedregotten, when a final-stone takeout could have potentially scored four. But a miscalculation resulted in Lawes and Morris walking away with just two. 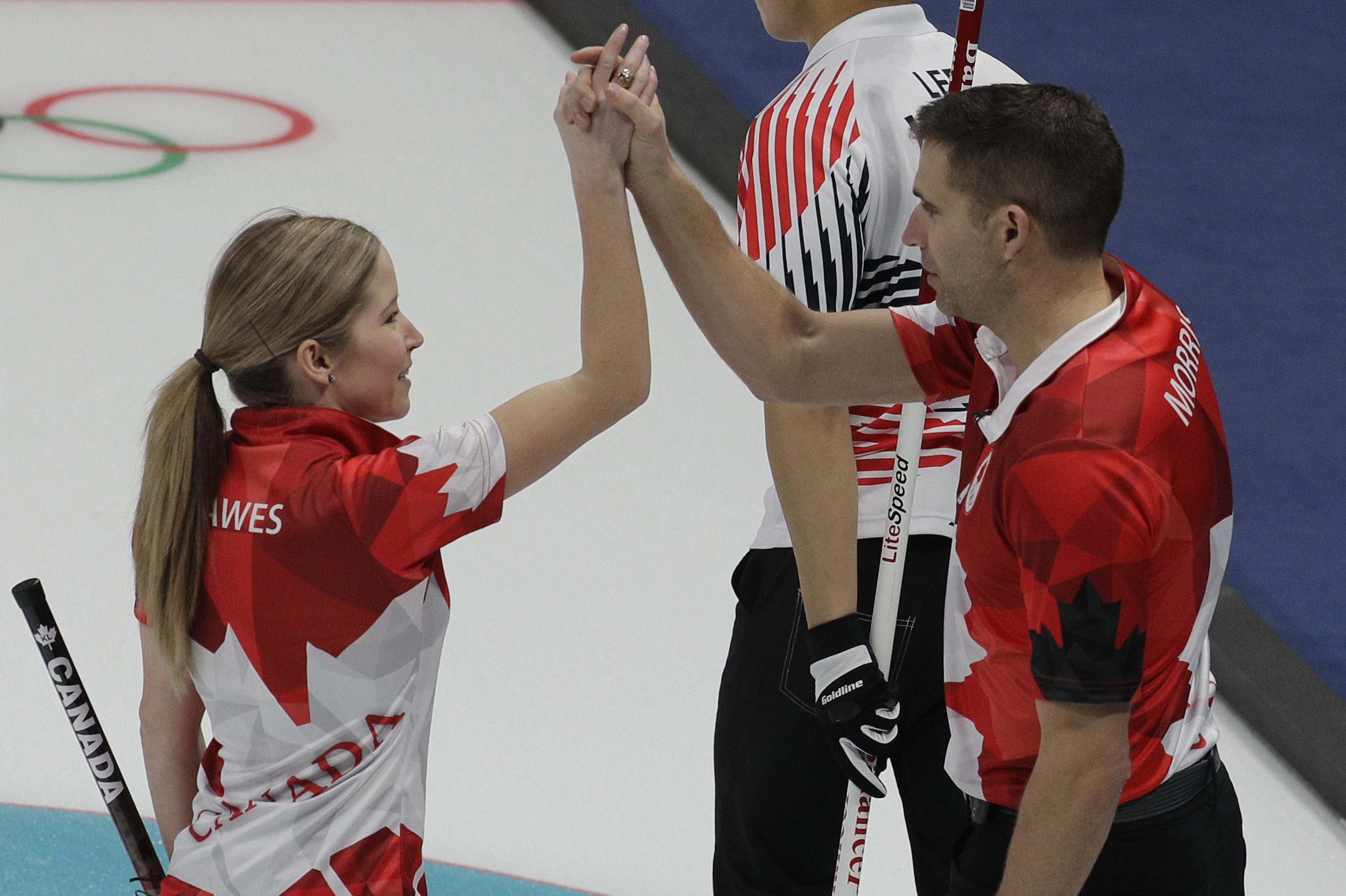 Then, the Canadians were lying three when Skaslien threw the hammer in the second end, but the Norwegian managed a successful draw to score one and cut the lead in half. Norway went on to steal a point in the third, to level things up at 2-2.

Partway into the fourth, Morris—perhaps realizing the precarious situation—remarked to Lawes, “we’ve got to make sure we score this end”. They did, but not as many as they’d hoped; with the hammer, Lawes came up short on a draw, scoring one point rather than the two that were available.

But Lawes redeemed herself with Canada’s final stone in the fifth, tossing a picture-perfect tap back to lie one right on the button. Skaslien then inadvertently hit a high guard, allowing Canada to steal two and take a 5-2 lead.

Norway used their “power play” in the sixth to try and get back in the game, and it paid off for the Scandinavians, who notched a pair to bring the score back to 5-4. 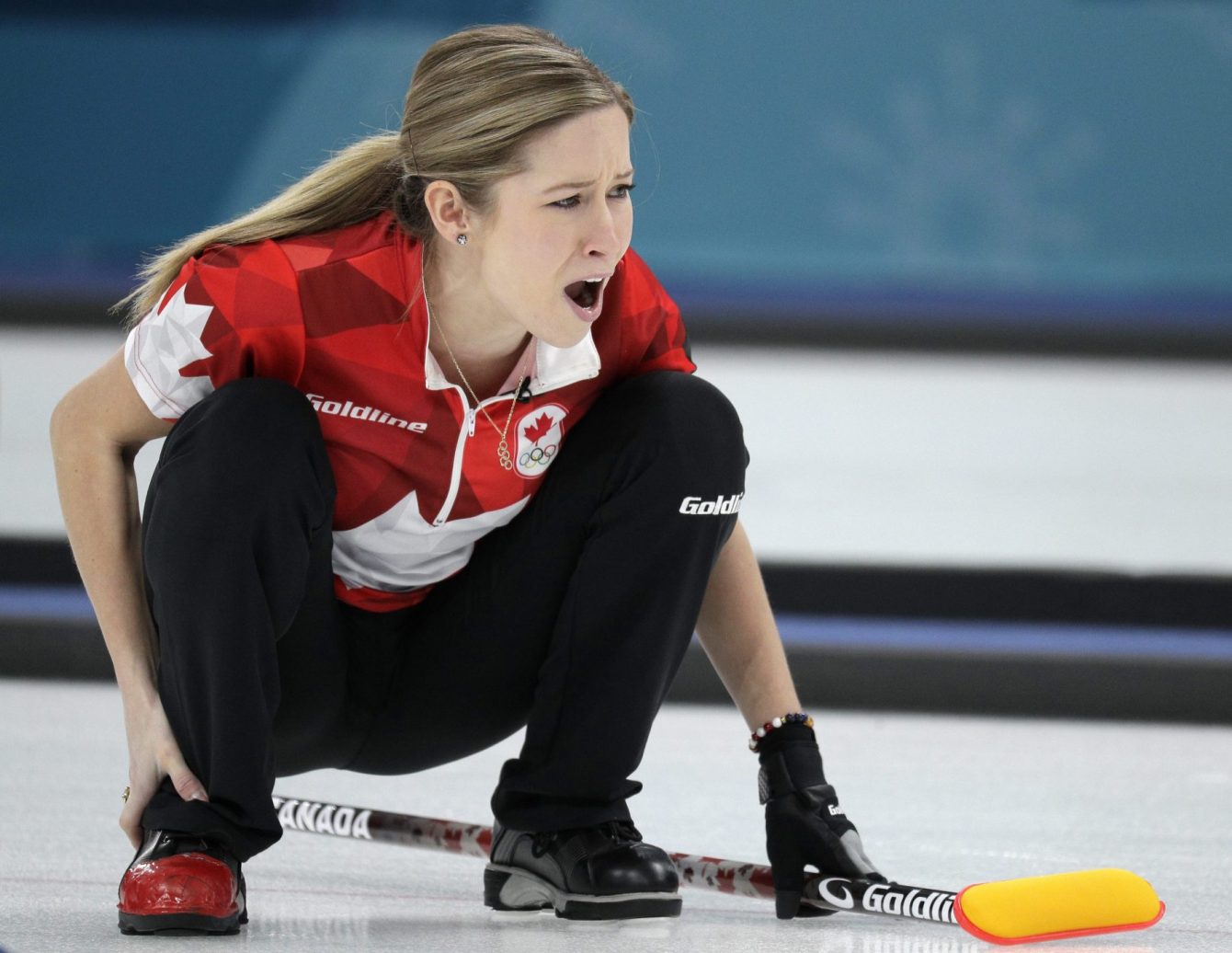 That left Lawes and Morris to decide whether to use their power play—a once-per-game mixed-doubles strategy where the team with the hammer can pre-position a corner guard to begin an end—in the seventh, to try and put things out of reach.

They decided not to, but got the big end they’d been seeking all the same. A solid shot-and-sweep by Lawes with the final stone gave Canada three more points and a commanding 8-4 lead heading into the final end. It was a formality from there, as Norway conceded partway through the eighth.