With the starts of men’s bobsleigh only a few days away on February 15, Team Canada has revealed which athletes will be teamed together on their mission for medals at PyeongChang 2018.

Canada has qualified the maximum sleds allowed at an Olympic Winter Games, making the PyeongChang 2018 bobsleigh team the largest Canada has ever assembled. The team has paired together powerful bobsledders that span from Prince Edward Island all the way to British Columbia . 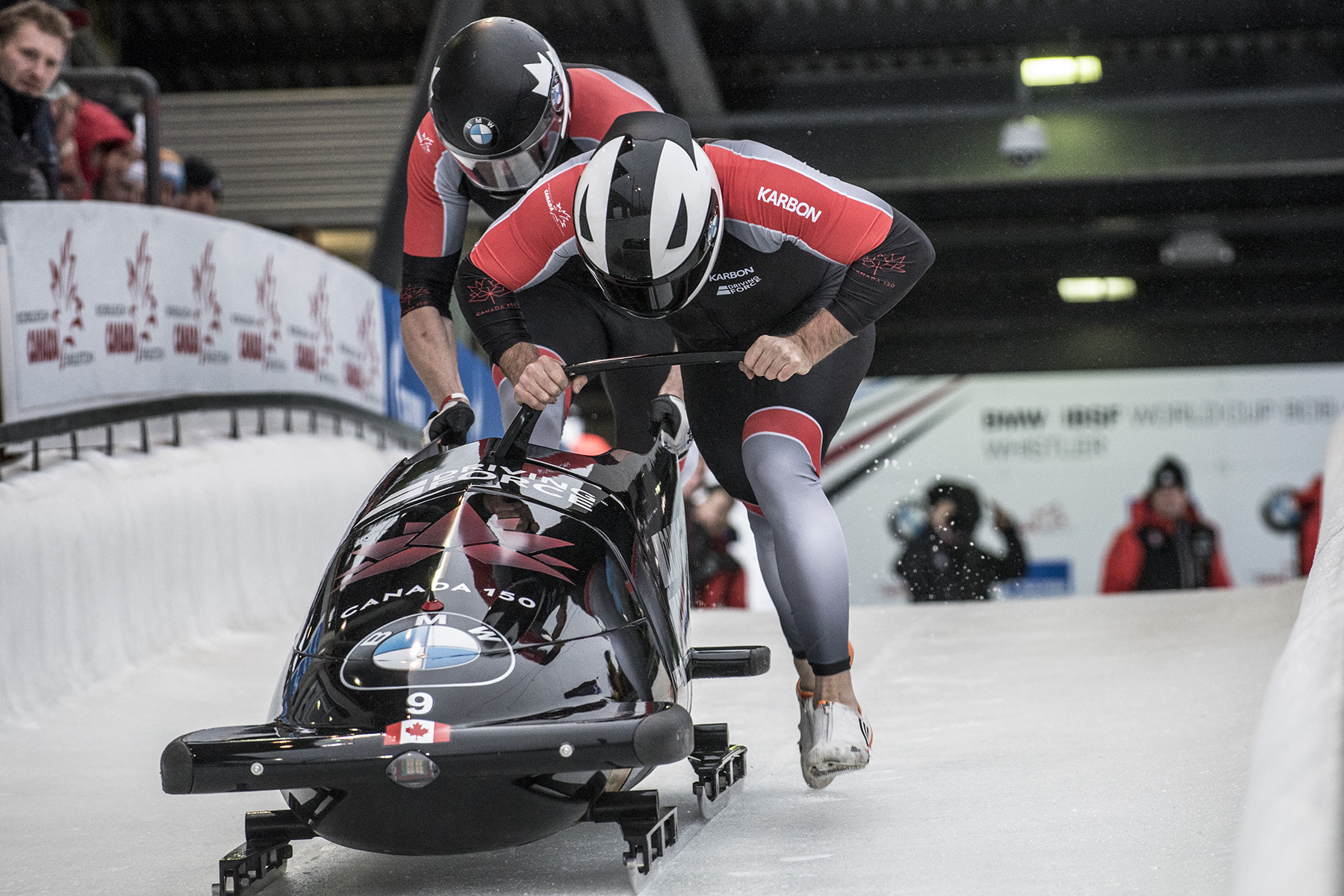 Rounding out Canada’s two-man bobsleigh lineup will be Nick Poloniato and Jesse Lumsden. Poloniato will be making his Olympic debut as a pilot, while Lumsden returns in his third Olympic appearance. 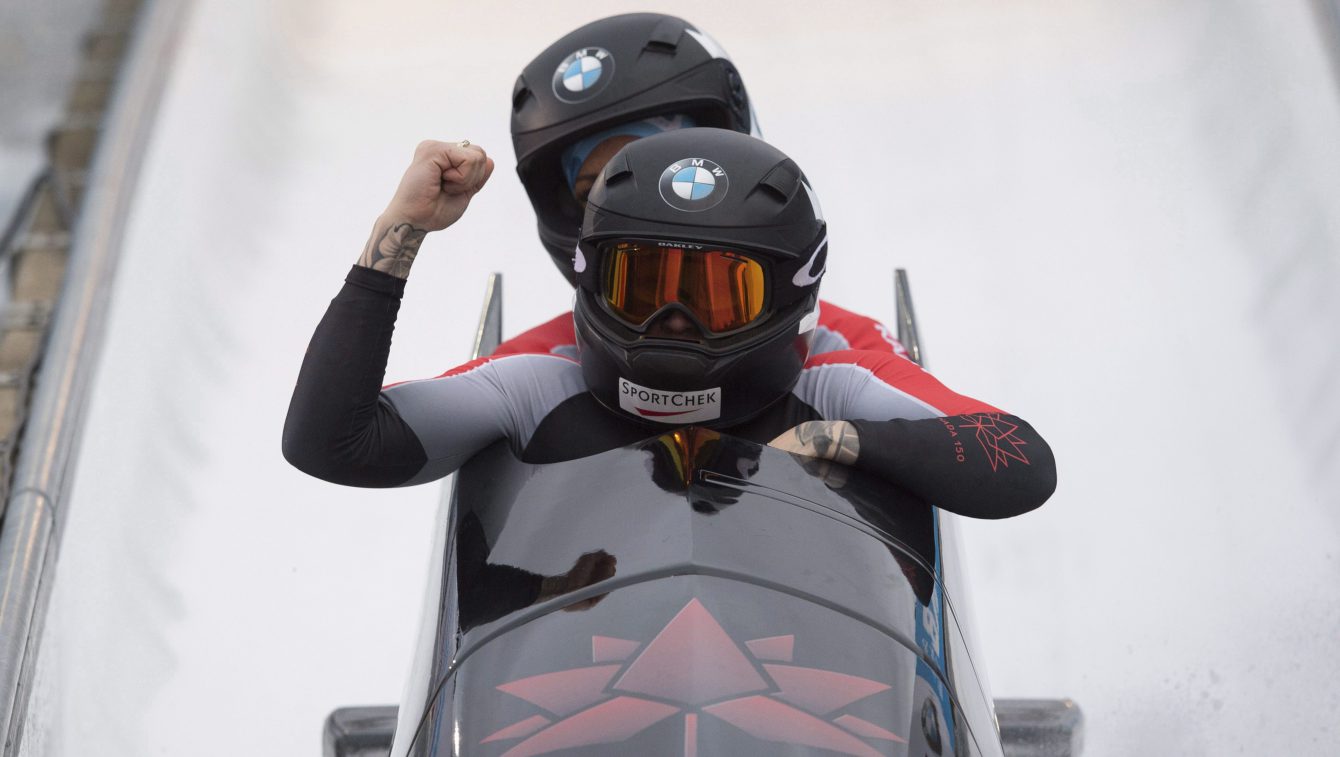 Kaillie Humphries will search for her third straight Olympic title with new brakeman Phylicia George. PyeongChang will be George’s Olympic debut as a bobsledder after having competed in track and field at London 2012 and Rio 2016.

Alysia Rissling, who was a World Cup medallist at the test event in PyeongChang, will make her mark in her first Games with two-time Olympic gold medallist Heather Moyse.

Rounding out the women’s sleds will be Olympic newcomers Christine de Bruin and Melissa Lotholz. 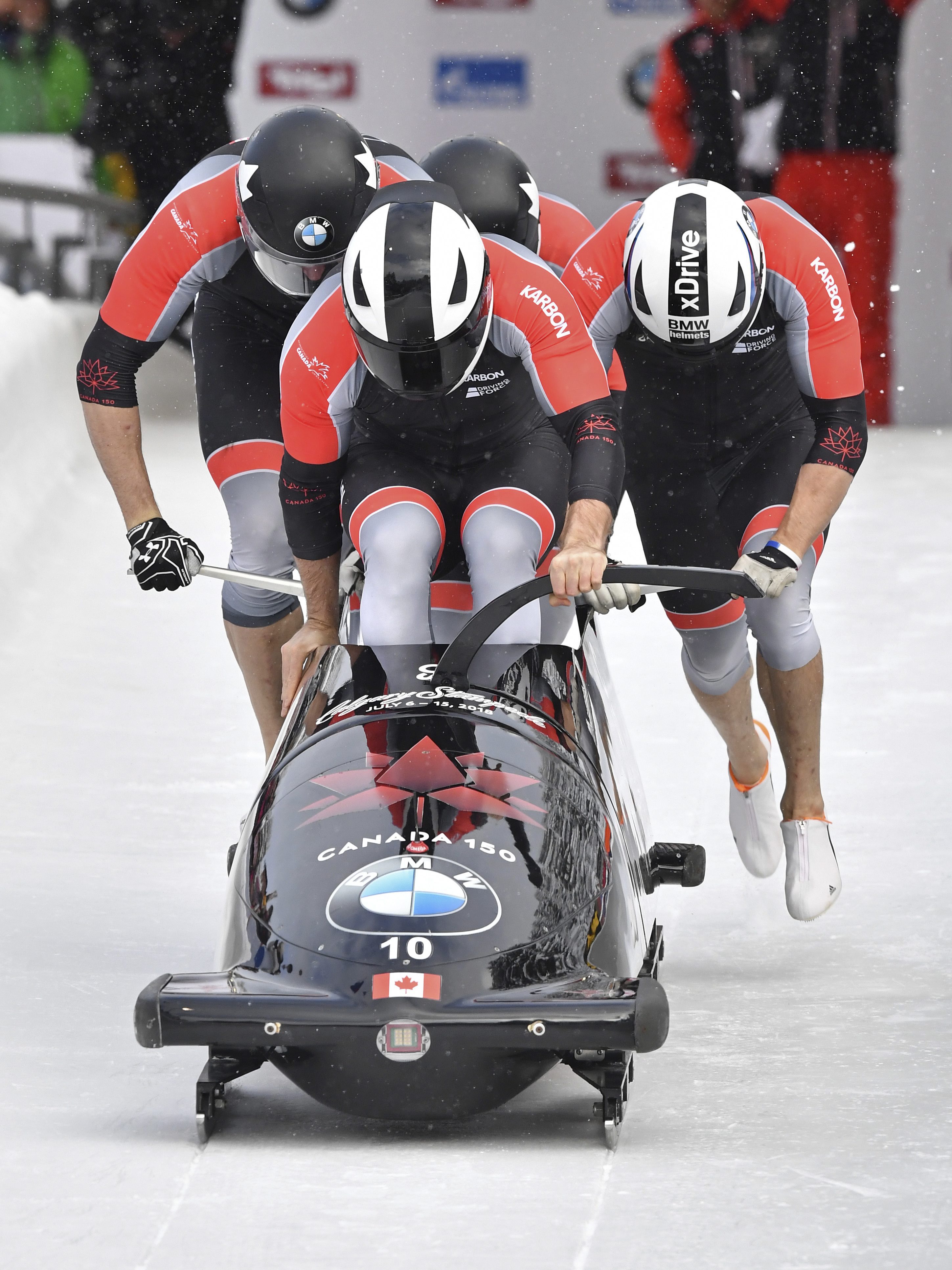 Justin Kripps will be joined by Lumsden, Kopacz, and Seyi Smith, a summer Olympian from London 2012 making his winter debut, in one of Canada’s three sleds.

Olympic veterans Bryan Barnett and Neville Wright will hop in with Spring and Brown.

Canada’s sleds will prove to be top contenders at PyeongChang 2018 due to their mixture of highly-motivated pilots and brakemen.

“I’d say the success of the season is a marker of just how strong the team is and how well we’ve been working together,” Kopacz said just before the start of the Games. “As a unit we’ve all been supporting each other in every race, no matter if it’s two-man or four-man.”

“We have a ton of really good athletes and everybody is pushing well. Like I said everybody worked really hard over the summer and the results are showing on the track,” said Kripps.