In the curling rubber match between Canada and South Korea at PyeongChang 2018, Kevin Koe’s rink earned the win on Day 7.

The 7-6 victory for Team Koe (which was more comfortable than the final score suggests) came in the third meeting between the two nations at the Gangneung Curling Centre in these Games. The mixed doubles duo of Kaitlyn Lawes and John Morris had defeated the Koreans on Day 2, while Rachel Homan’s rink suffered a loss to the hosts on Day 6.

More relevant for Koe, Brent Laing, Marc Kennedy and Ben Hebert, however, is the fact that the win on Friday morning (Canadian time) was their fourth straight to begin the round robin. The Alberta-based rink, sitting in first place in the 10-team field, is looking to win Canada’s fourth consecutive Olympic gold in men’s curling.

After a blanked first end, the Koreans got on the scoreboard in the second with skip Kim Chang-min hitting and sticking for one with the hammer.

But Koe showed off both his power and his finesse with the final two Canadian stones of the third end, enabling his rink to pick up a big three points and claim the lead.

Decent defensive work by Canada forced Kim to draw to the button for just one in the fourth; the shoe was then on the other foot in the fifth, when Koe and company could add just a single of their own. At the break, the Canadians held a 4-2 advantage.

Kim was facing three Canadian stones with the hammer in the sixth end, but deftly squeezed his draw through a port and into the 4-foot to notch one point and keep the game competitive.

With an easy single on the table, Team Koe instead pursued a pair of points in the seventh with a tricky hit and roll. Good shot weight by Koe, combined with effective sweeping (and confirmation from an official measurement), put that deuce on the board to opened up a 6-3 lead. 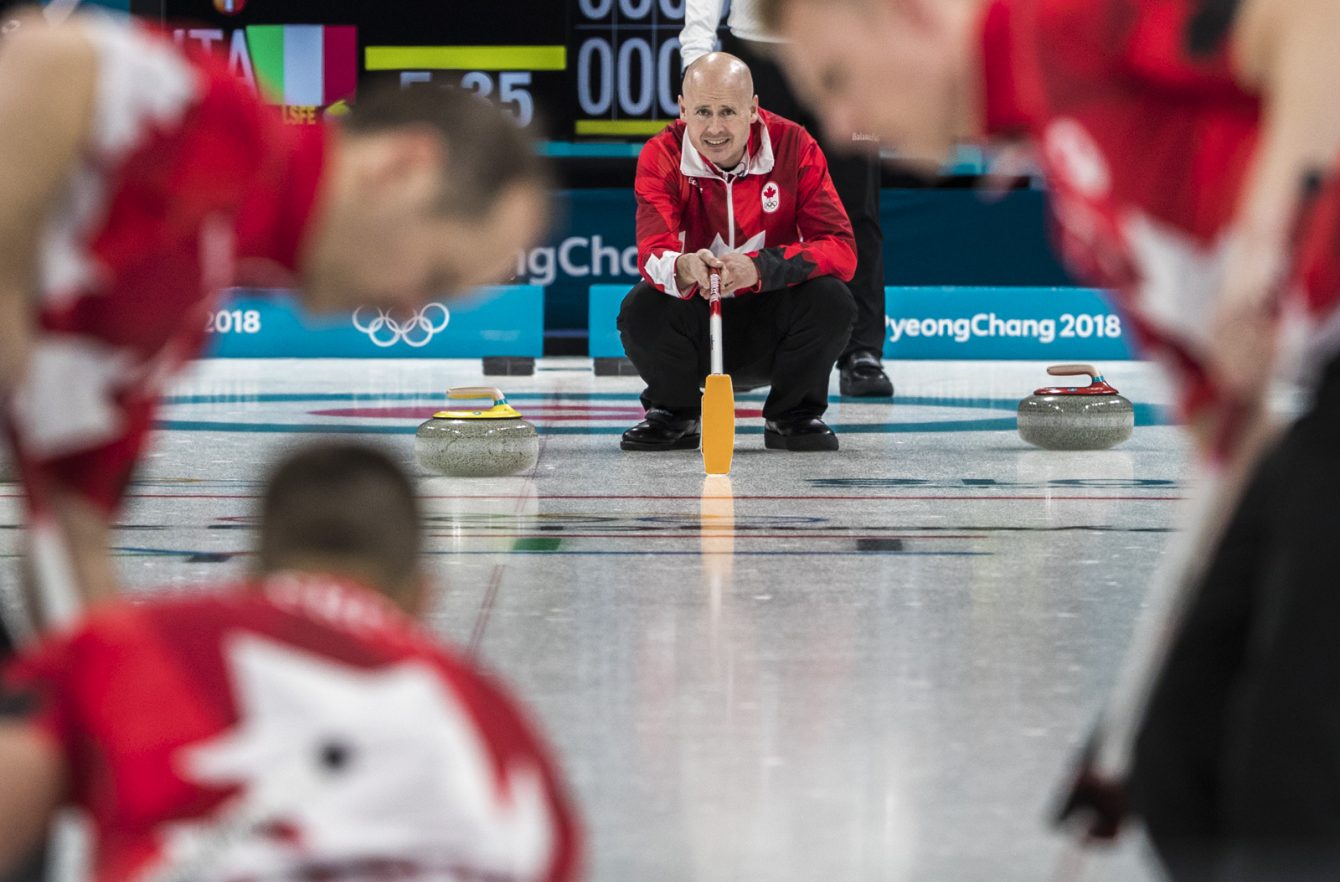 Kim then attempted to blank the eighth end, but actually ended up knocking an out-of-play Canadian stone back into the house for a steal of one. The Koreans hung on, however, capitalizing on a rare Koe miss with his final stone of the ninth end to take two points and close the gap to 7-5.

The Canadians eased the game to its conclusion in the 10th end, allowing a steal that was of no consequence to the final result.