Event Spotlight – Countdown to the Podium

This article is brought to you by the Canadian Olympic Foundation for the March 2018 edition of STRIVE.

To kick off the start of the Olympic Winter Games PyeongChang 2018, the Canadian Olympic Foundation and Board Chair Perry Dellelce threw an Olympian star-studded event at the Acadian Loft in downtown Toronto. 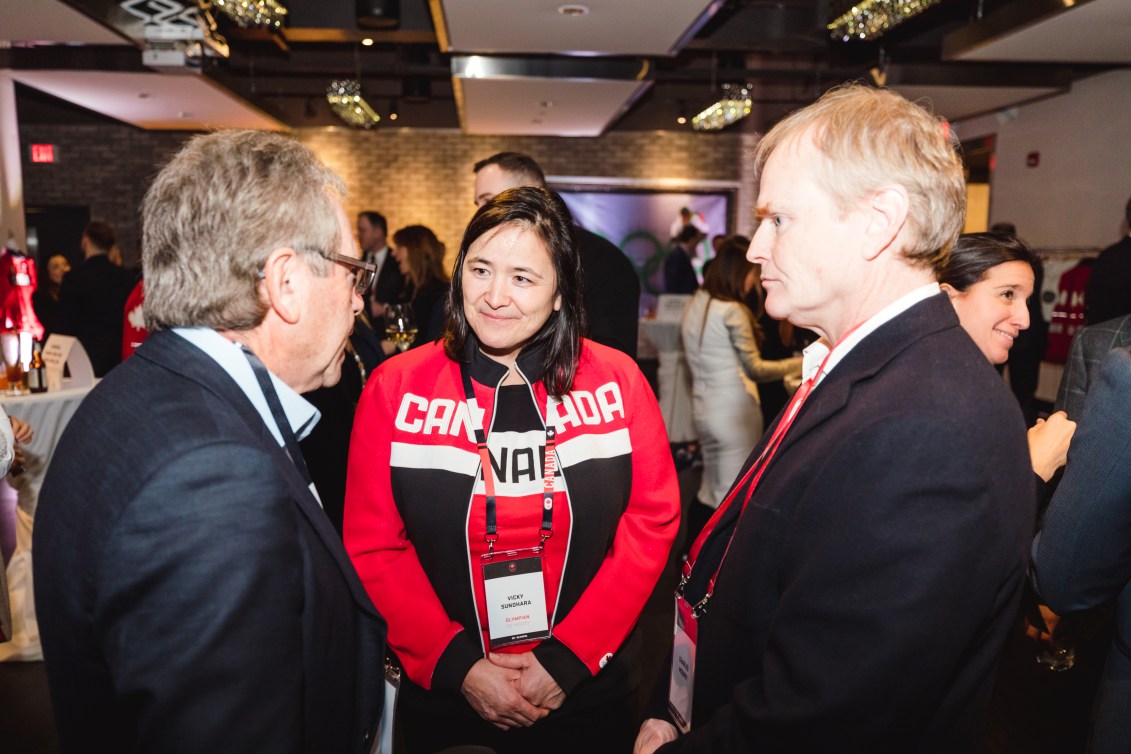 Vicky Sunohara, Women’s Ice Hockey chats with guests at the Countdown to the Podium event supporting the Canadian Olympic Foundation.

Countdown to the Podium celebrated the success of our past, present and future athletes while raising much needed donations for Team Canada. With special guest speaker Penny Oleksiak and a sea of ten other Olympian guests of honour from both Olympic Summer and Winter Games, attendees had the opportunity to mix and mingle with the athletes they had helped and were continuing to help on their Olympic journeys.

“The event tonight was so needed – we need to talk about how athletes in our country require financial support in order to succeed,” explained Penny Oleksiak, four-time medallist in Rio 2016. “Amateur sport is not an easy, lucrative path, and this level of training and competition is incredibly cost prohibitive for most people”. 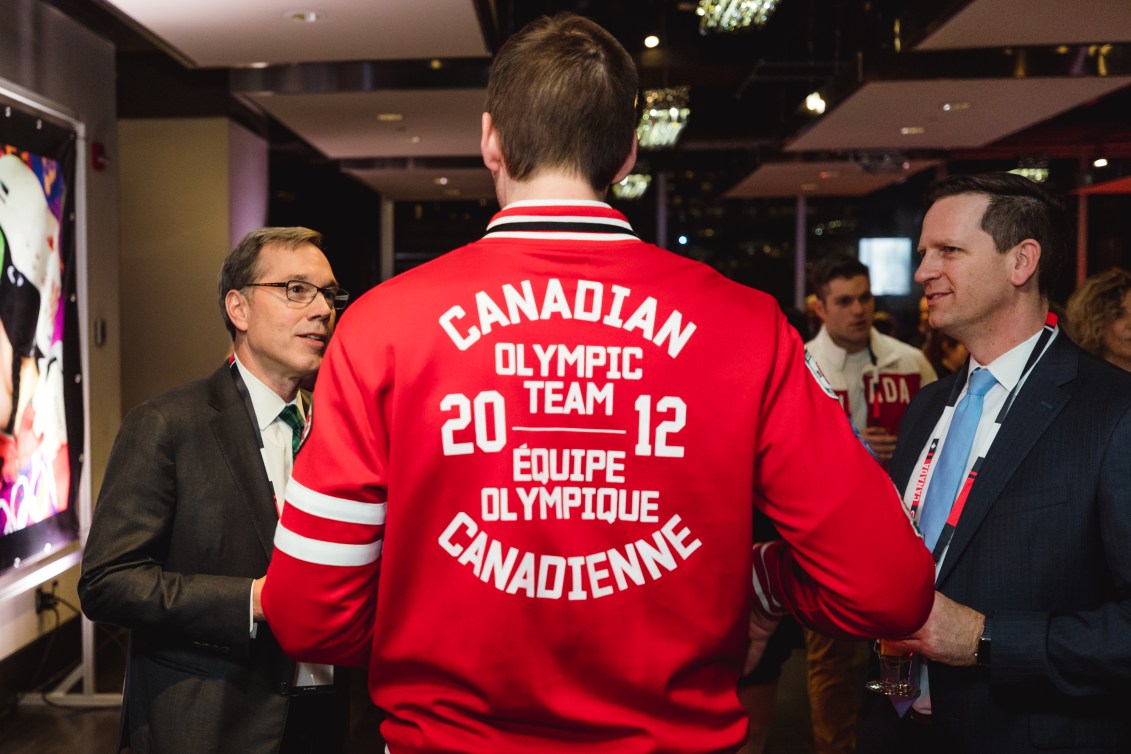 The event also served as our kick-off for the Signs of Support campaign where donors could purchase a sign for $2,018 that was displayed in the athlete’s quarters with messages of support and gratitude for Team Canada.

A heartfelt thanks to all who attended and donated to Team Canada during this event and thank you to all of our donors for contributing to our success in PyeongChang 2018.