They actually tied with Germany’s Francesco Friedrich and Thorsten Margis for first place after all four runs were completed, both sleds finishing with a total time of 3:16.86.

It was a scene reminiscent of Nagano 1998 where Pierre Lueders and Dave MacEachern tied with an Italian sled for Canada’s first ever gold medal in the two-man event. That had been the first time that two gold medals were awarded in an Olympic bobsleigh event. 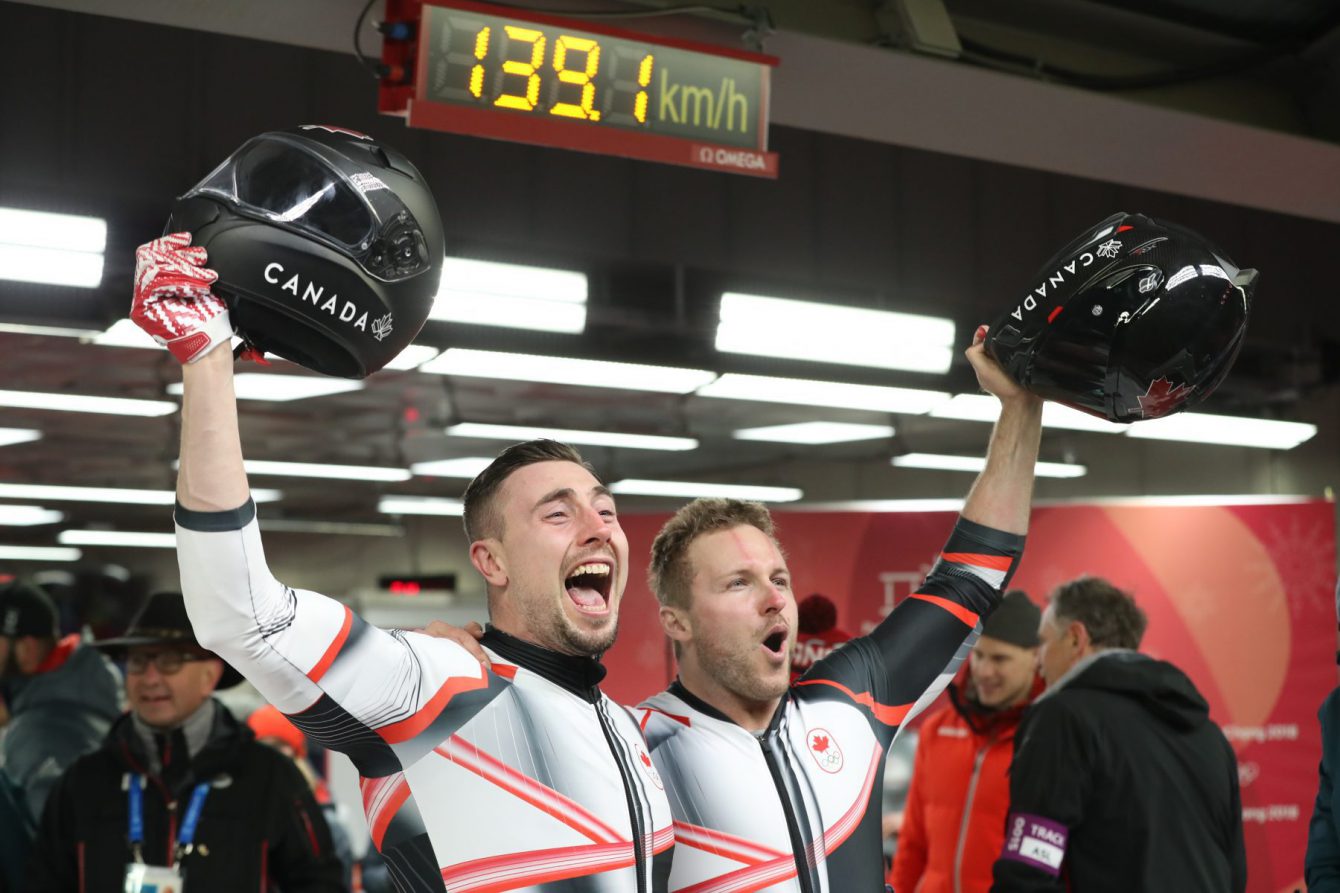 After the first two heats in PyeongChang, Kripps and Kopacz had been in second place with a cumulative time of 1:38.49. That left them just a tenth of a second behind Germans Nico Walther and Christian Poser. Another German sled, Johannes Lochner and Christopher Weber, was hot on their tail, nine-one hundredths of a second back.

In the third heat, the top five sleds all re-organized themselves in the standings as Kripps and Kopacz took over the lead with a total time of 2:27.58. But they sat in first place by just six-one hundredths of a second over Friedrich and Margis, who had jumped up from fifth place. Lochner and Weber dropped to third while Walther and Poser fell all the way to fifth heading into the final run. In fourth place were Latvians Oskars Melbardis and Janis Strenga. 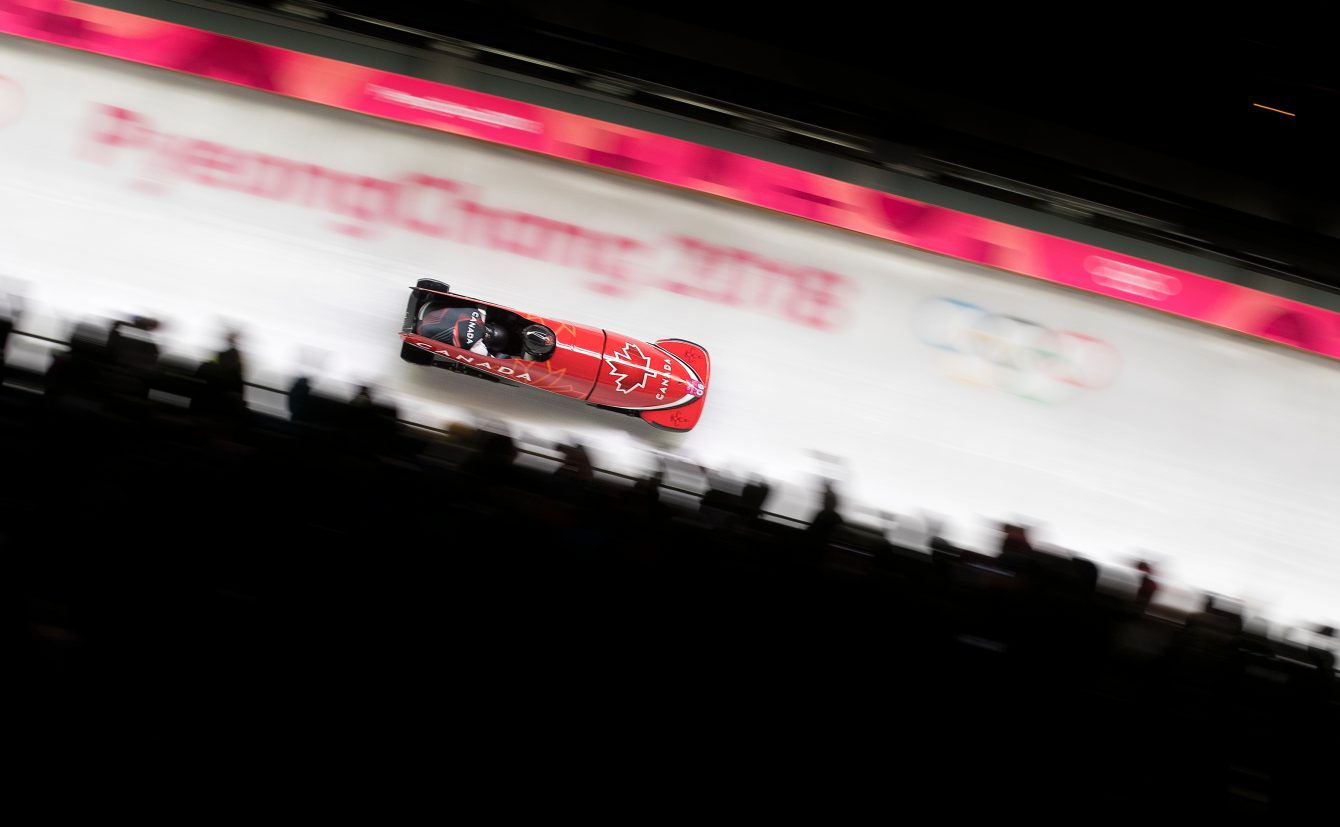 But who would stand on the podium would come down to the fourth and final heat as all five sleds were within 0.13 of each other.

In that last heat, it was the Latvians who were quickest down the track to pull up into bronze medal position. When Kripps and Kopacz went as the final sled they knew the time they needed to stand atop the podium and they just got it, dead-heating with Friedrich and Margis who had been the second-fastest in the last heat.

Kripps won the overall World Cup title in the two-man event this season. He finished on the podium in five of the eight races while never placing lower than fourth. Kopacz was with him in the sled for four of those podium finishes.

Canada’s only other Olympic medal besides the two golds in the men’s two-man event was also won by Lueders, who teamed with Lascelles Brown for a silver at Turin 2006.