Each day olympic.ca will be posting a preview of that day’s events. Here is what’s happening on February 22, Day 13 of PyeongChang 2018. 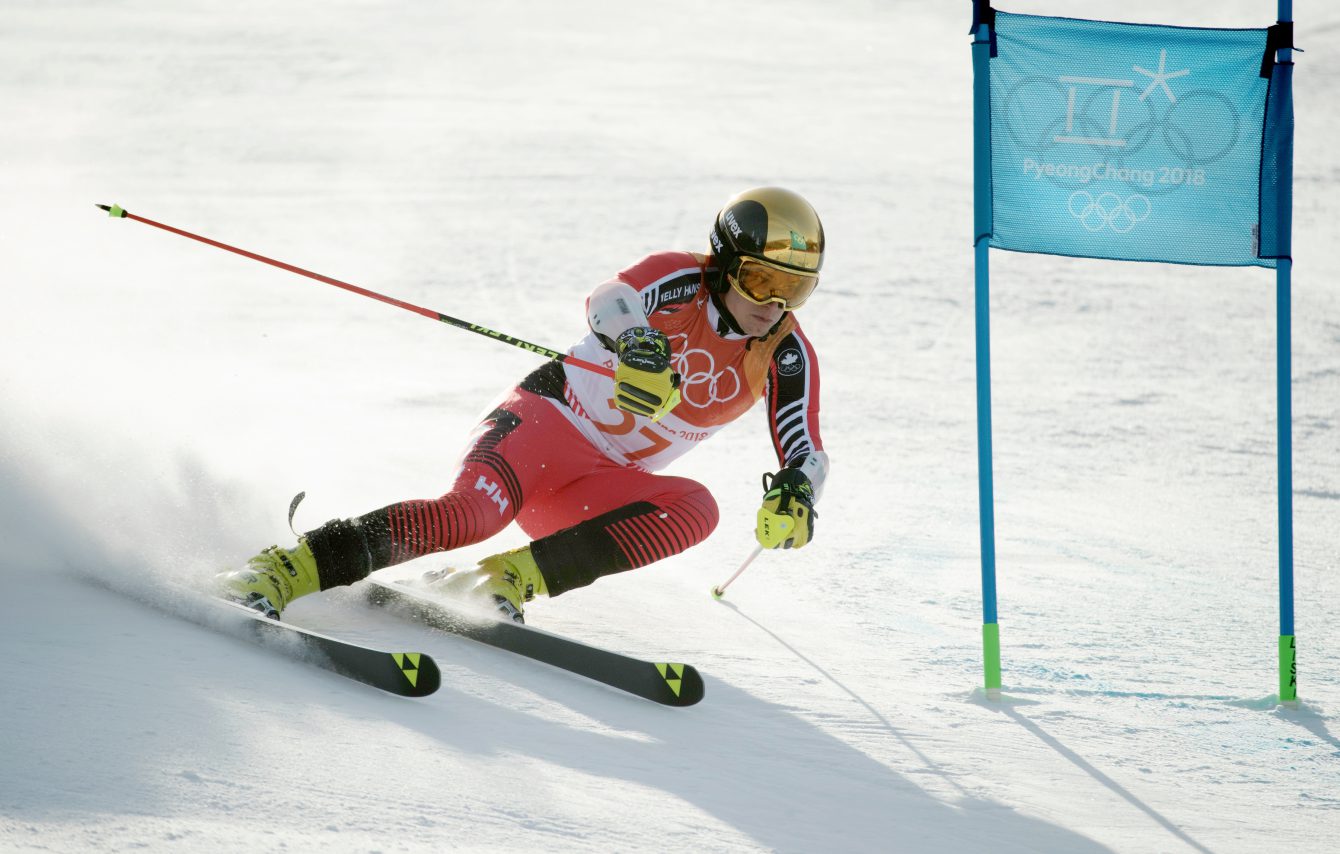 Men’s slalom will take place Wednesday evening. At 8:00 p.m. EST, the first run will take place with Phil Brown, Trevor Philp, and Erik Read. They also hope to be in the second run at 11:30 p.m.

Women’s alpine combined takes place over the night and early morning. At 9:30 p.m. EST on Wednesday night, Valérie Grenier, Roni Remme and Candace Crawford will compete in downhill. They will also compete in the slalom at 1:00 a.m. EST on Thursday morning (10:00 p.m. PST on Wednesday evening).

The women will be competing in the 4x6km relay at 6:15 a.m. EST on Thursday morning. The start list has yet to be released. 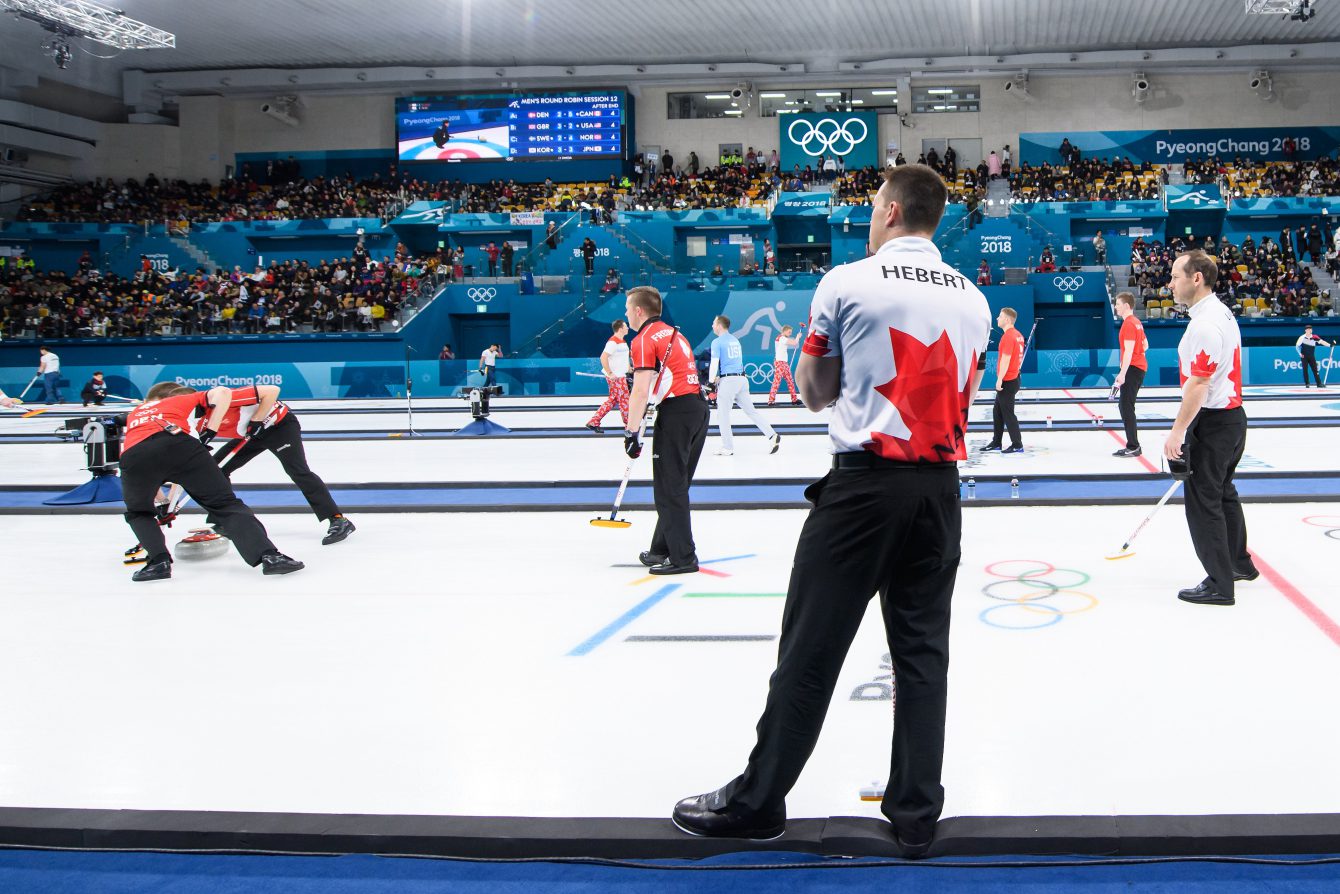 Canada vs Denmark – Curling Men’s Round Robin at the PyeongChang 2018 Winter Olympic Games at Gangneung Curling Centre on February 21, 2018 in Gangneung, South Korea.(Photo by Vincent Ethier/COC)

Kevin Koe, Ben Hebert, Brent Laing and Marc Kennedy will play in a semifinal game against the USA at 6:05 a.m. EST Thursday morning. The winner goes on to play for the gold medal. 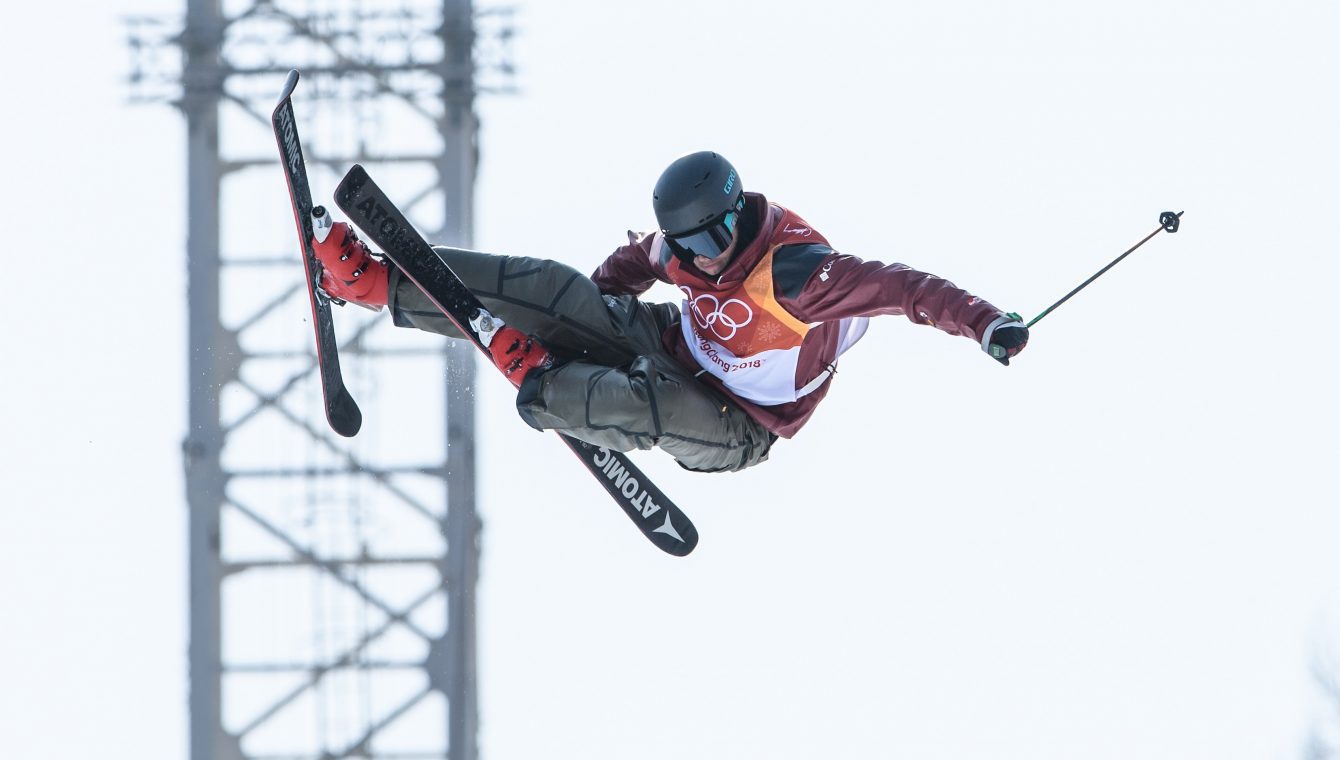 The seeding round for women’s ski cross begins on Wednesday evening. At 8:00 p.m. EST, Brittany Phelan, Kelsey Serwa, India Sherret, and Marielle Thompson will race. Thompson and Serwa finished 1-2 in the event at Sochi 2014.

Later that night, at 9:30 p.m., the men’s halfpipe final will take place with Noah Bowman and Mike Riddle competing. Riddle won silver at the event in Sochi.

Canada forward Jennifer Wakefield (9) celebrates with teammate after scoring the 1st goal of the game during the Ice Hockey Women Play-offs Semifinals between Canada and Russia at the PyeongChang 2018 Winter Olympic Games at Gangneung Hockey Centre on February 19, 2018 in Pyeongchang-gun, South Korea (Photo by Vincent Ethier/COC)

At 11:10 p.m. EST on Wednesday night, the women’s team will have their gold medal game against the United States! 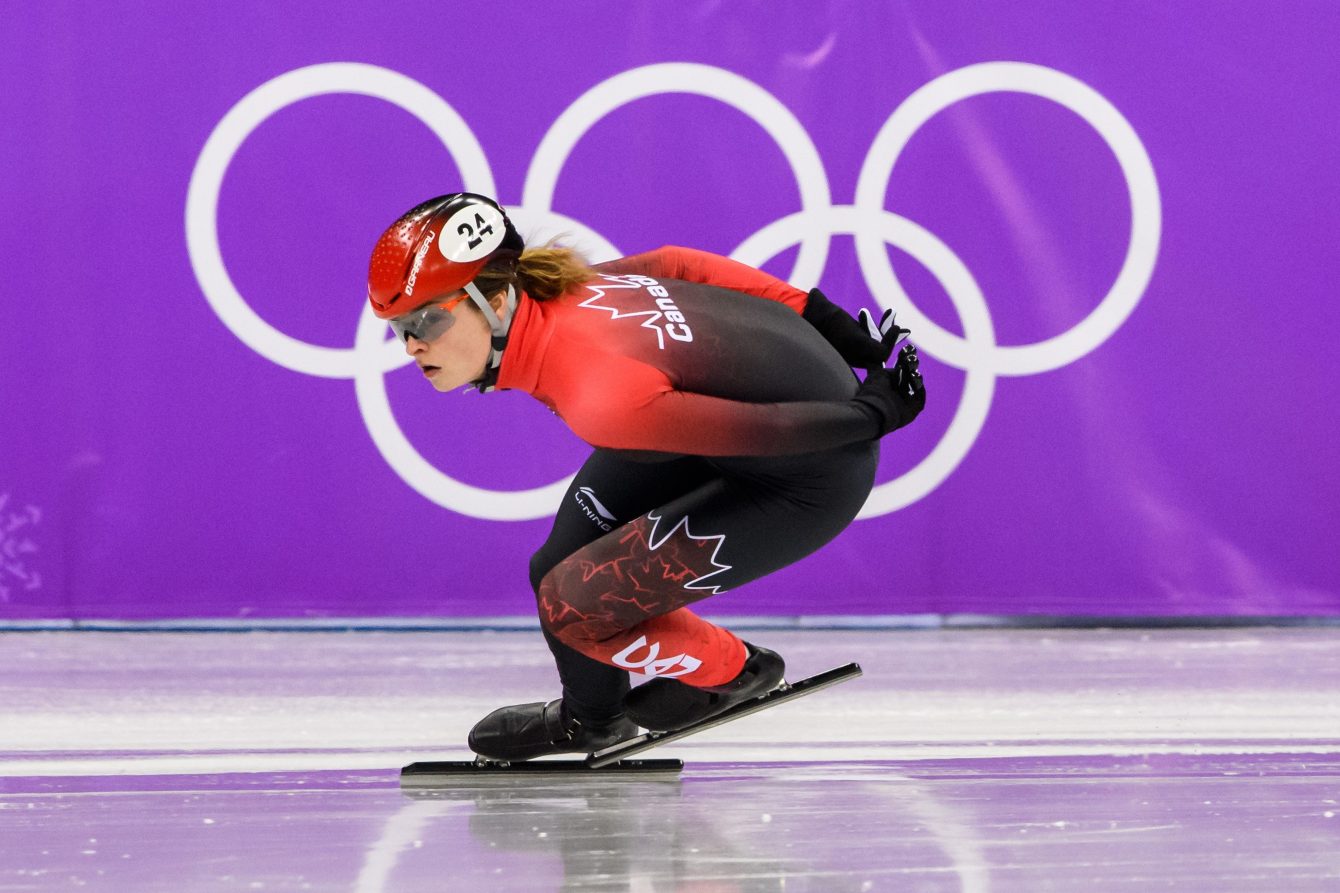 Samuel Girard will be in the men’s 500m quarterfinal at 5:04 a.m. on Wednesday morning. Depending on his results, he may also compete in the semifinal at 5:42 a.m. and finals at 6:14 a.m. Girard won gold earlier in PyeongChang for the 1000m distance.

The women’s 1000m quarterfinals will also take place on Wednesday morning. At 5:14 a.m. Kim Boutin and Marianne St-Gelais will be racing, with Valérie Maltais following at 5:17 a.m. Depending on their results, they may also race in the semifinal at 5:51 a.m. and finals at 6:26 a.m. Boutin has won two bronze medals so far at PyeongChang 2018, in the 500m and 1500m distances. 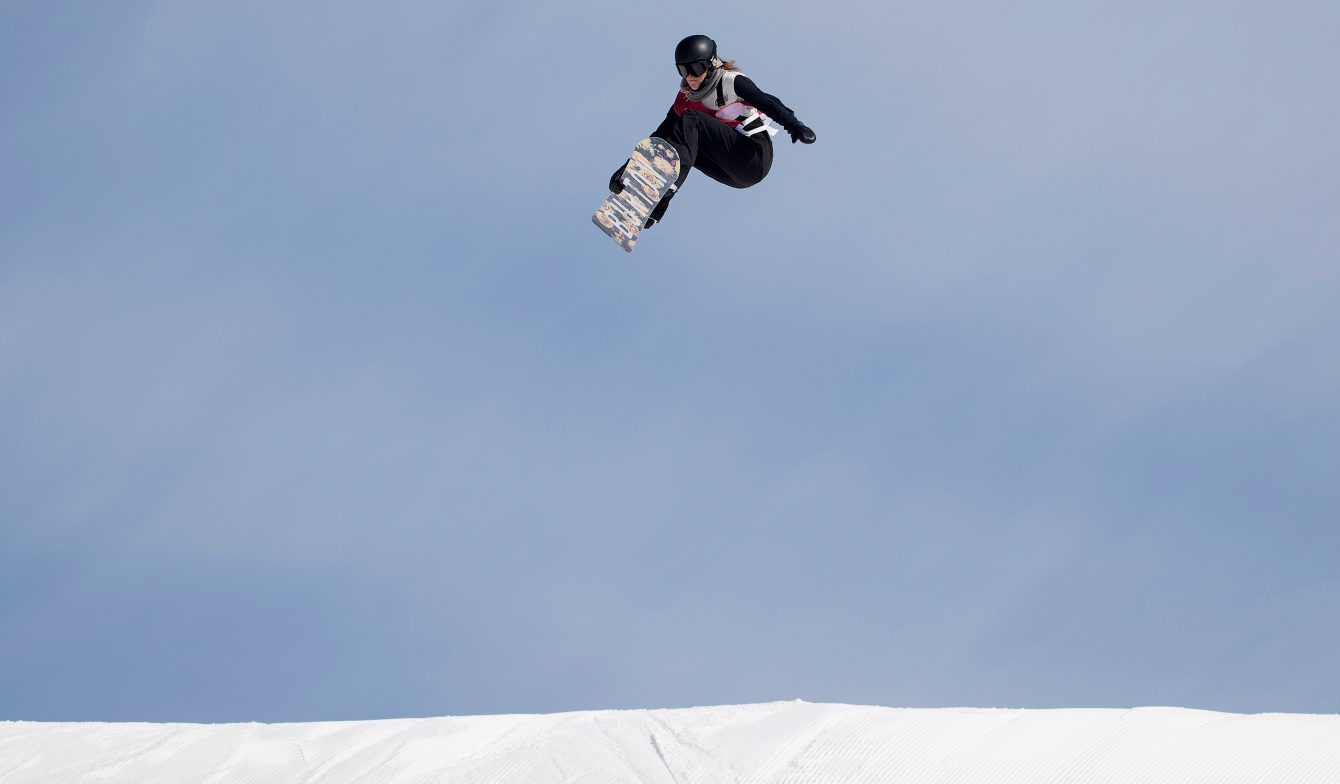 Canada’s Spencer O’Brien leaves the ground during the second qualification round in the ladies’ big air event at the PyeongChang 2018 Olympic Winter Games in Korea, Monday, February 19, 2018. O’Brien finished 11th and will compete in the event final on February 23rd.
THE CANADIAN PRESS/HO – COC – Jason Ransom