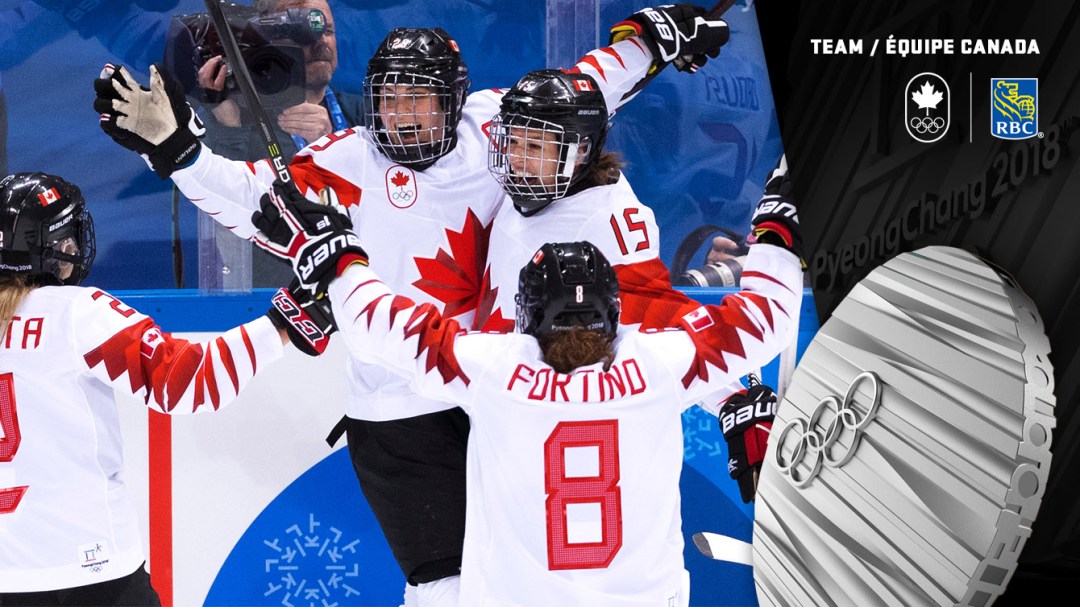 Canada’s women’s ice hockey team is leaving PyeongChang 2018 with a silver medal, following a 3-2 shootout loss in the final to the United States.

The loss snaps the Canadian women’s Olympic win streak at 24 games. They had won four straight Olympic gold medals following the last loss, which came also against the United States in the gold medal game at Nagano 1998.

The shootout lasted six rounds, ending when American netminder Maddie Rooney shut the door on Meghan Agosta, who had been looking to win her fourth Olympic gold medal. The U.S. scored three goals in the shootout to Canada’s two. 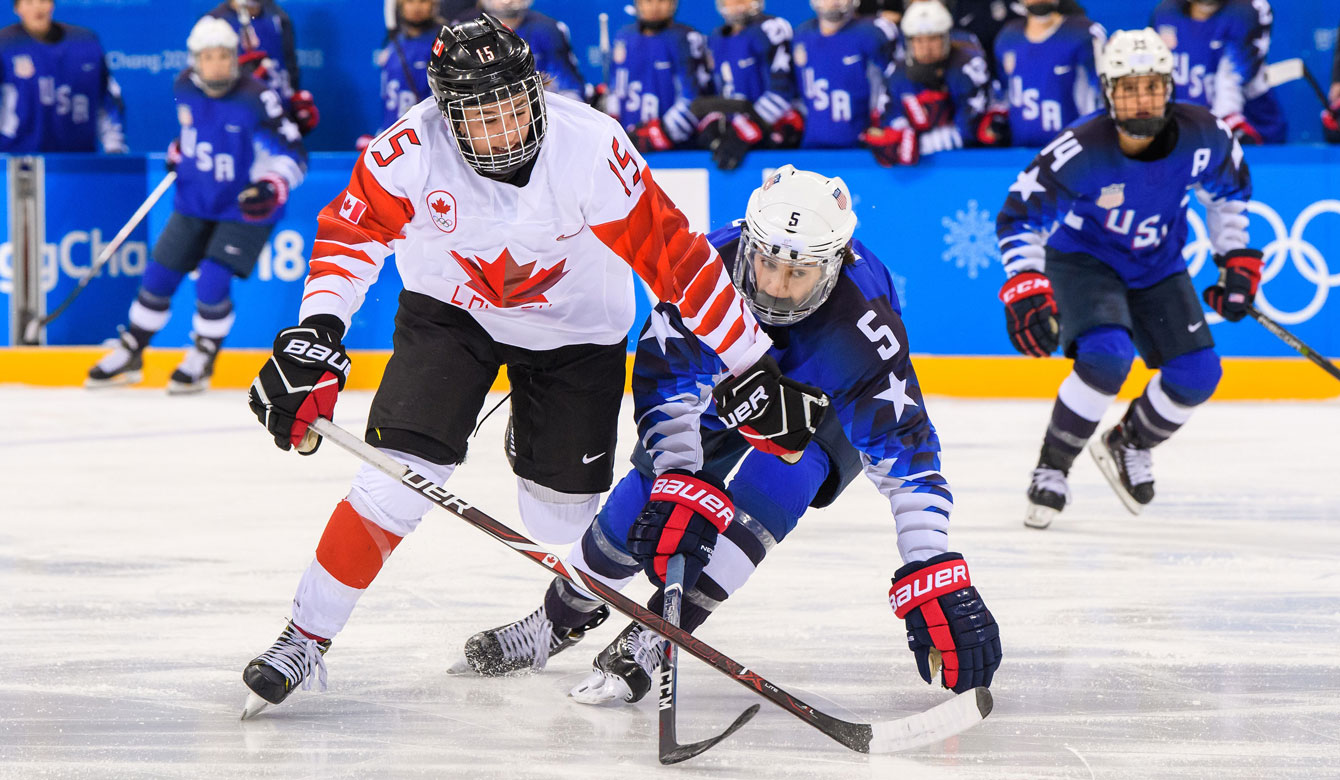 The Canadians and Americans were meeting in the gold medal game for a third straight Olympic Games. Since women’s ice hockey made its debut at Nagano 1998, the two have met in the tournament final in all but one Olympics. The neighbouring countries have developed a strong rivalry on the ice – and that was on display once again on Wednesday.

The Americans were awarded three consecutive power plays in the first period. With Sarah Nurse in the box for a slash, Sidney Moran fired a shot that was deflected by Hilary Knight in front and past Szabados, giving the United States a 1-0 lead after one.

Canada tied the game two minutes into the second period. Blayre Turnbull fired a saucer pass in front, avoiding a US defender that had tried to block the feed. Haley Irwin redirected the pass through the pads of American netminder Maddie Rooney, getting Canada on the board. 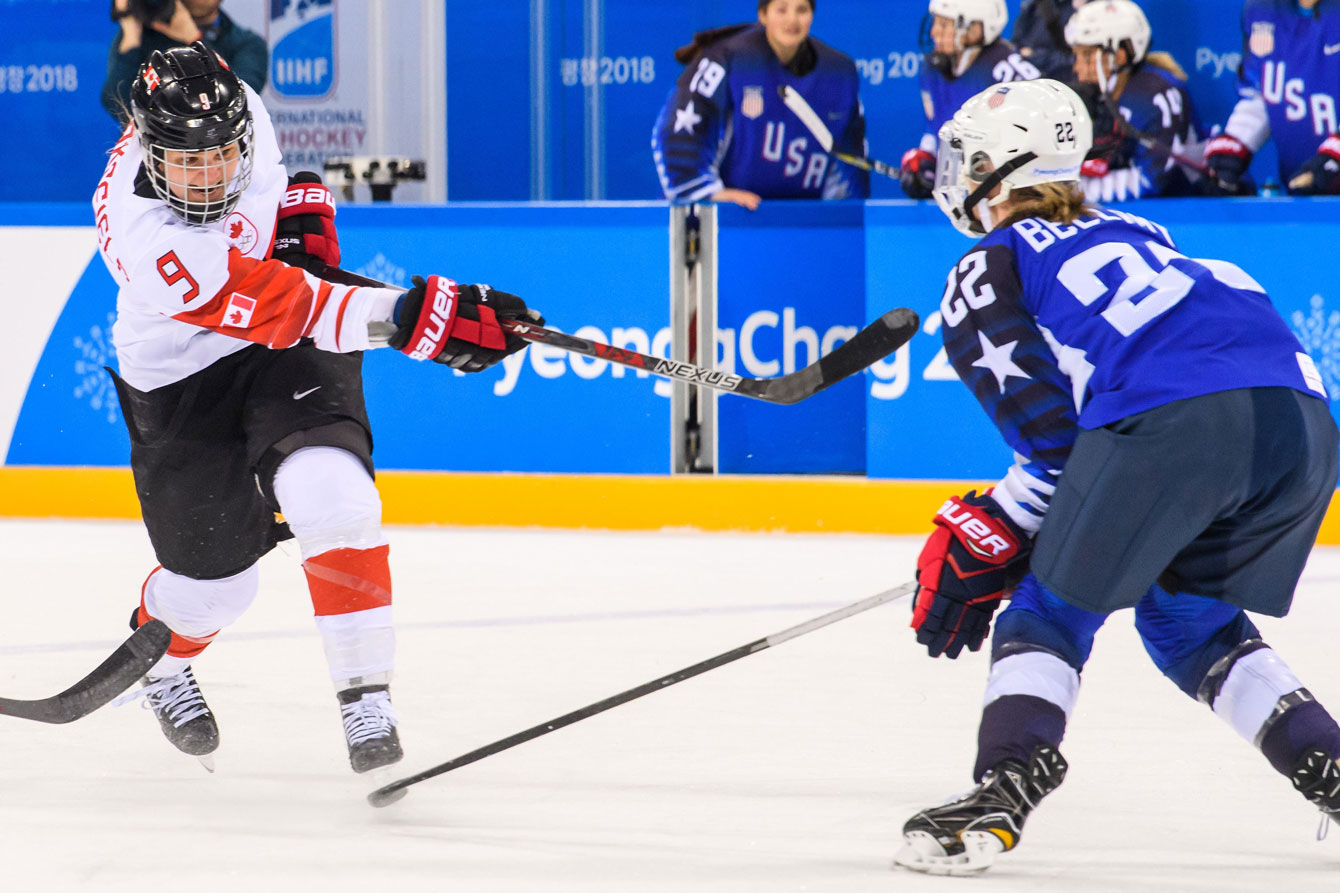 Marie-Philip Poulin gave Canada a 2-1 lead at 6:55. Meghan Agosta fed the Canadian captain near the slot who then beat a screened Rooney, giving the Canadians their first lead of the game. Poulin now has goals in three consecutive gold medal games.

The United States was pressuring early in the third period. Knight sent a cross crease pass to Brianna Decker, but the puck was poked away by Szabados while Poulin made contact with the American forward in front. But the Americans tied the game at 13:39. Monique Lamoureux broke in and beat Szabados with a wrist shot, making it a 2-2 game, which sent it into overtime. The Americans had many chances late in the overtime period, but Szabados made several key saves to keep it tied.

The Canadians went 3-0-0 during preliminary round play – which included a 2-1 win over the Americans. The team then earned a spot in the gold medal game with a 5-0 win over the Olympic Athletes from Russia on Monday.