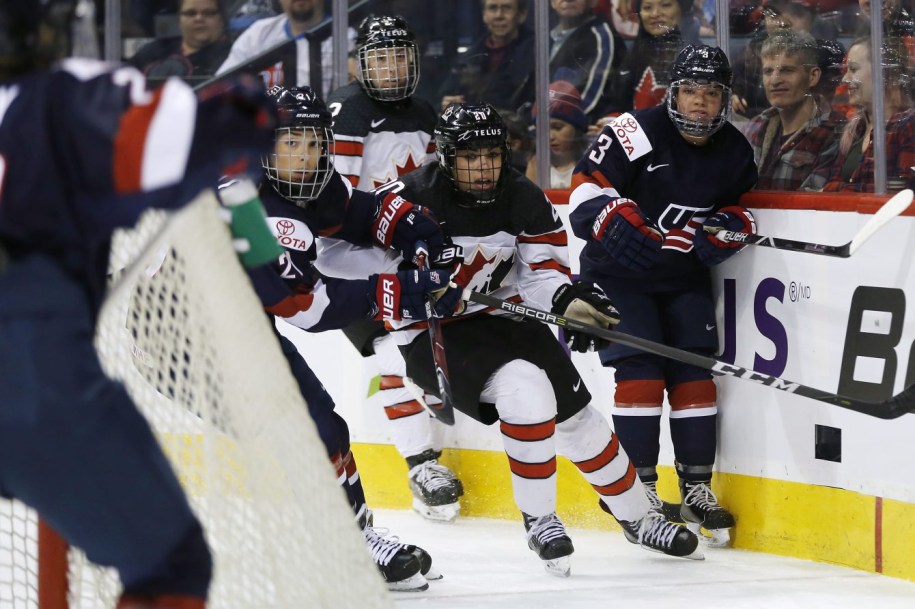 In her Olympic debut at PyeongChang 2018, Sarah Nurse helped Canada win the silver medal. Nurse won gold with Team Canada at the 2013 IIHF U18 Women’s World Championship, despite having missed most of the selection camp due to injury. In 2015 she added a gold medal as a member of the National Women’s Development Team that competed at the Nations Cup and made her debut with the National Women’s Team at the Four Nations Cup.

Nurse began her collegiate career at the University of Wisconsin in 2013-14 and was named to the All-WCHA Rookie Team. The following season she helped the Badgers win the WCHA Final Faceoff, for which she was named Most Outstanding Player. During the 2016 NCAA Frozen Four, Nurse fractured her wrist. She underwent surgery and was unable to hold a stick for three months. She was cleared to return to the ice just two weeks before the national U22 development team camp and made that team. In her senior year of college in 2016-17 she served as an alternate captain and was a Second-Team All-American.

Nurse’s extended family includes cousins Darnell Nurse, an NHL player with the Edmonton Oilers, and Kia Nurse, a standout basketball player at the University of Connecticut and 2015 Pan Am Games gold medallist.

A little more about Sarah

Getting into the Sport: Started playing hockey at age 5… Outside Interests: Enjoys reading, watching movies and TV shows on HGTV, TLC and Food Network, doing yoga… … Studied at the University of Wisconsin… Odds and Ends: Had her Olympic dream sparked while watching Salt Lake City 2002; made up gold medals and handed them out to her family… Favourite quote: “You do it, you die, or you run away” – her grandfather… Listens to Beyoncé before games…