“The Dutch won all their medals in speed skating” might sound like casual bar talk, but it’s actually true.

PyeongChang 2018 brought a lot of wonderful moments. Obviously Canadian accomplishments are near and dear to our hearts at Olympic.ca, yet we would do the Games a disservice by not highlighting some noteworthy non-Canadian performances. 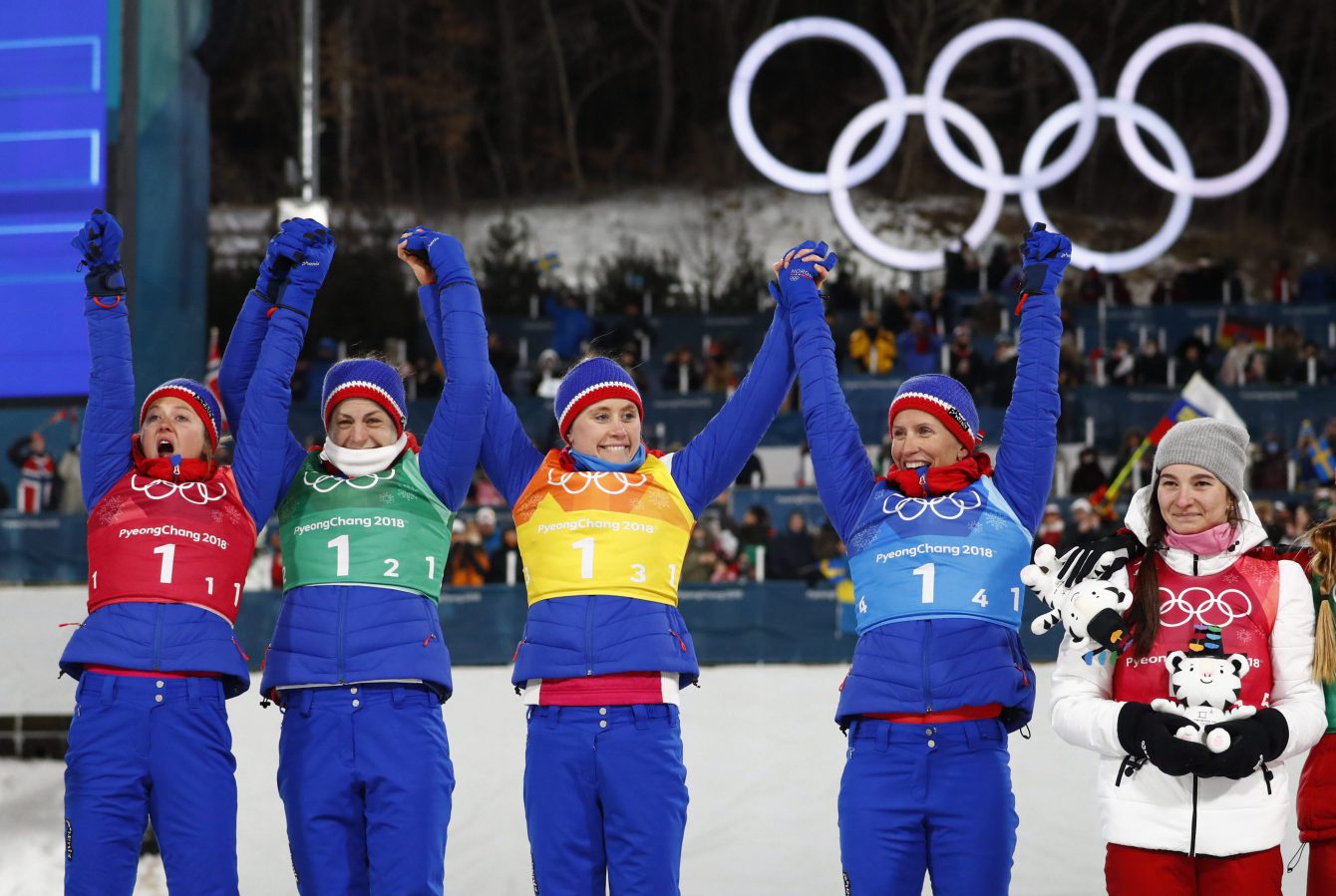 The 39 medals won by Norway is an all-time Winter Games record by any country. With 14 gold medals, they matched Germany’s first place totals, and by virtue of another 14 silver and 11 bronze, the Games of PyeongChang 2018 belonged to Norway.

Unsurprisingly, the Norwegians were most prolific in cross-country skiing – the nation’s top medal contributor with 14 – led by Marit Bjoergen. She took five in Korea (two gold, a silver, and two bronze) for 15 overall in her career. The 37-year-old is the most decorated winter Olympian of all-time, and rightly it was her win in the very last event at PyeongChang that lifted Norway over Germany. 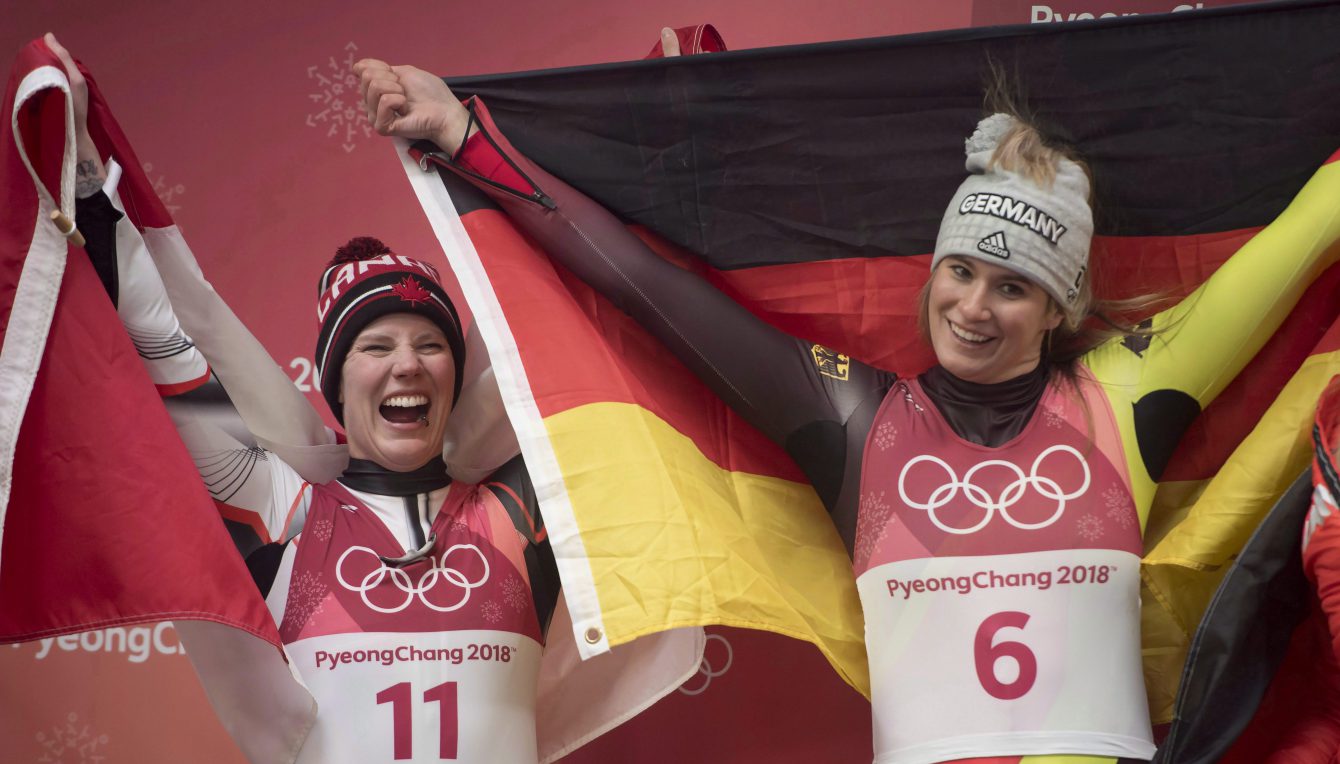 The official Olympic medal table ranks countries in order of most gold acquired. To that end, Germany had top spot in its grasp but for conceding a shorthanded goal to Olympic Athletes from Russia in the men’s hockey final with less than a minute to go. The Russian team went on to win the hockey final, leaving Germany second in the medal standings.

With 14, Germany tied Norway, and Canada’s record from Vancouver 2010 for most gold medals won by a country at a single Winter Games. They added 10 silver and seven bronze medals for 31 overall. Massive contribution to the German cause came from Francesco Friedrich (bobsleigh) and Natalie Geisenberger (luge), each winning two gold medals. 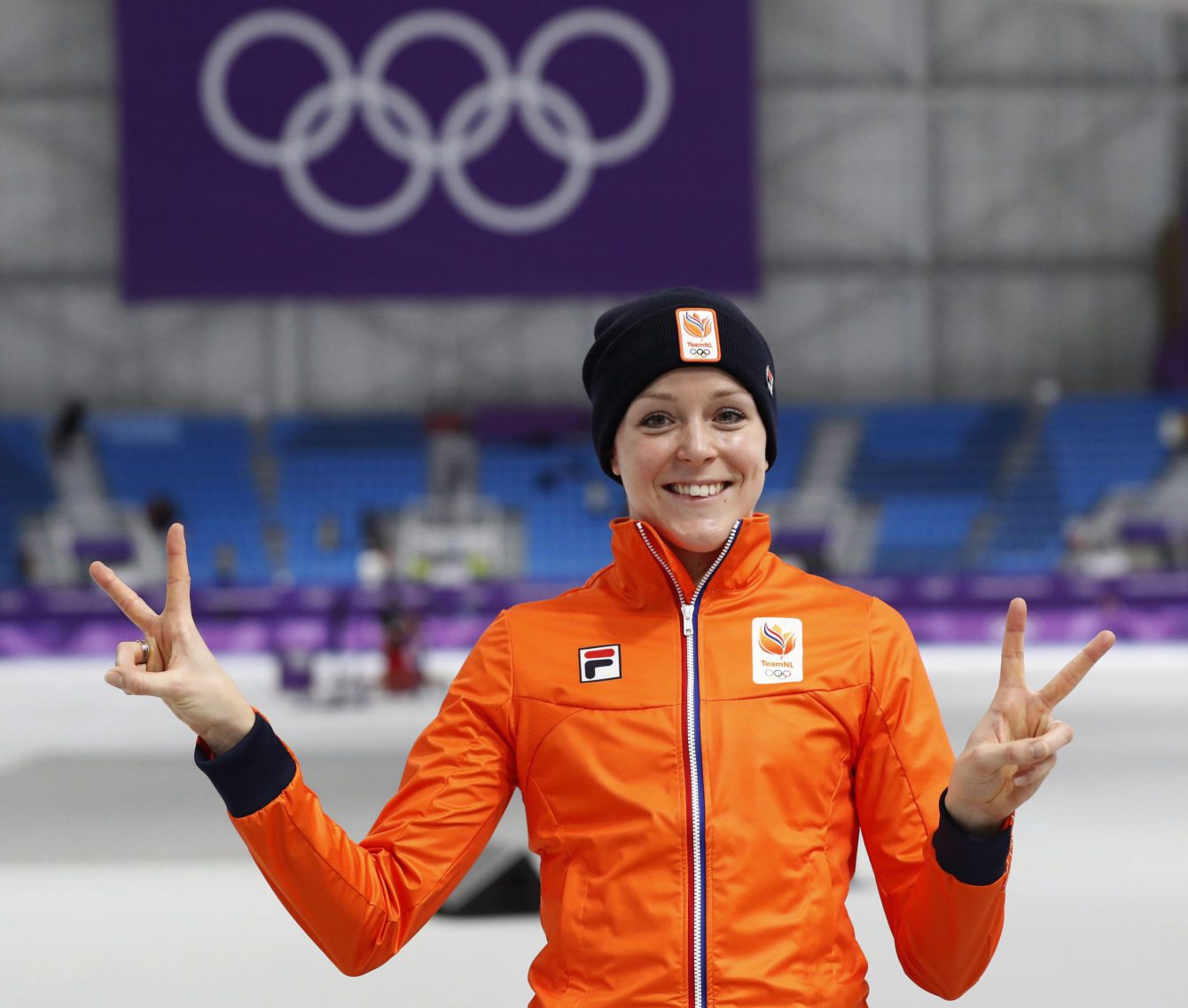 As mentioned earlier, all 20 Netherlands medals (eight gold, six silver and bronze) came in speed skating (16 on the big oval, and four in short track). Of note, Jorien ter Mors made the podium in both disciplines, winning gold in the women’s 1000m on the oval, and joining her short track teammates to take the 3000m relay bronze. 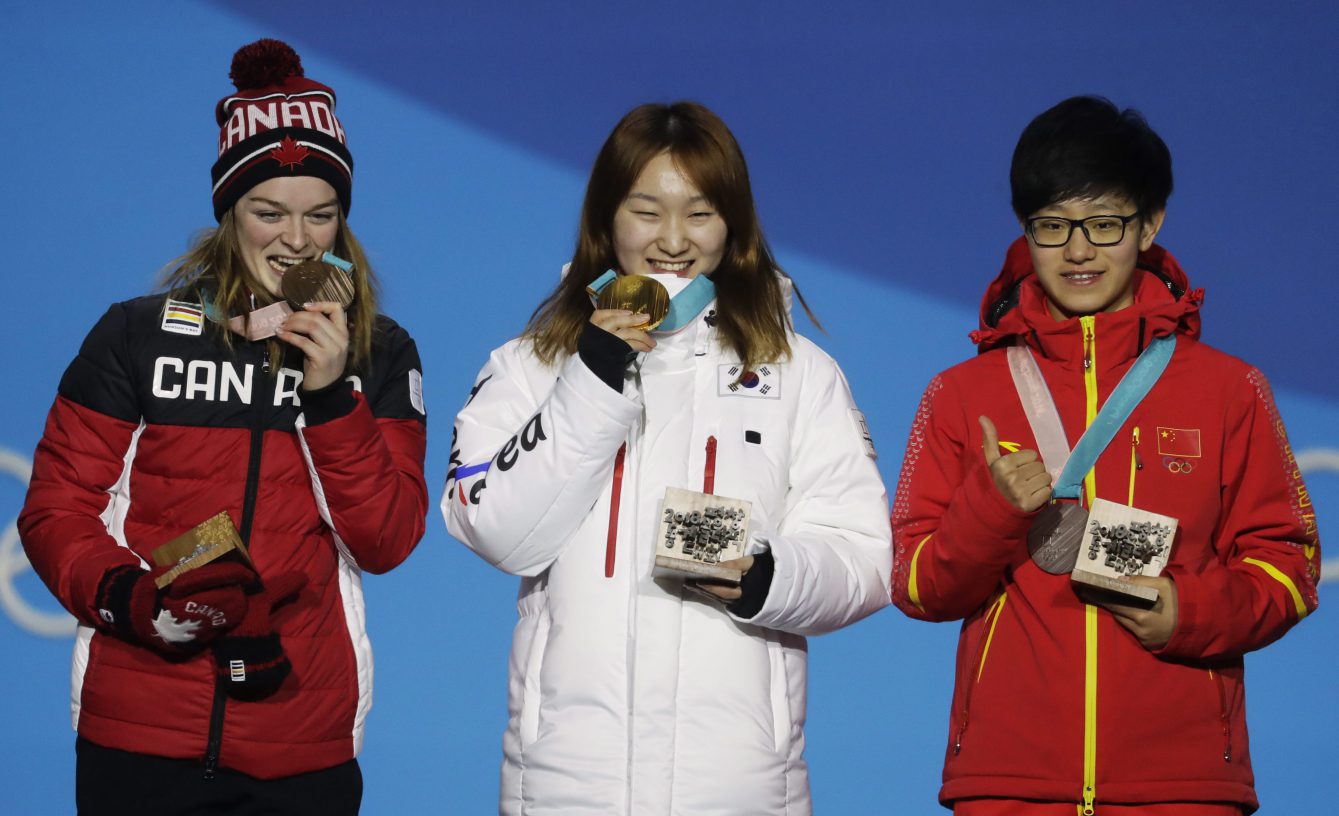 The host nation had its best-ever medal haul at the Olympic Winter Games with 16 (five gold, seven silver, four bronze). As expected, Korean speed skaters were most effective winning 13 of the medals, seven long track, six in short. In the latter Choi Minjeong was a double gold medallist. 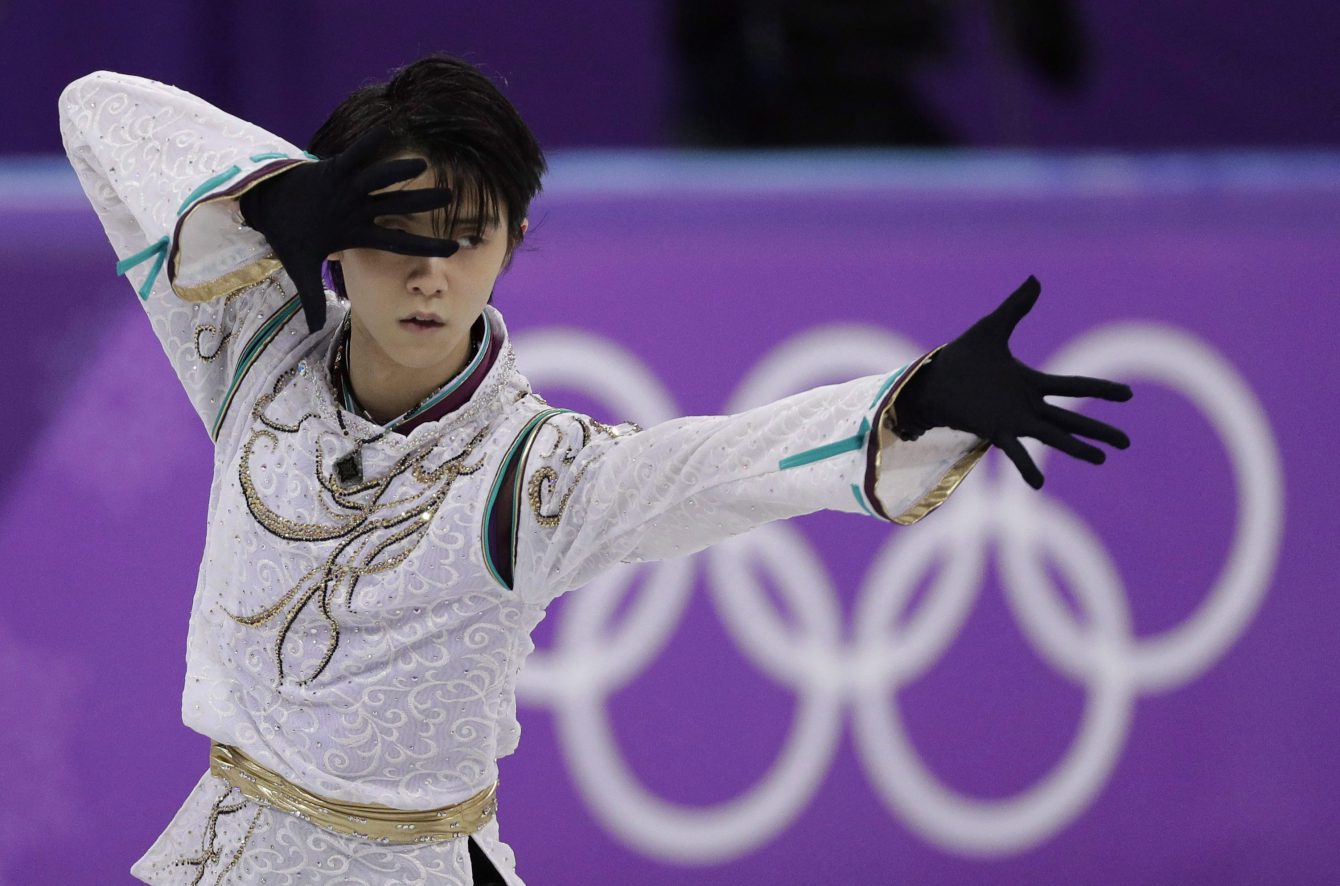 Host of the next Olympic Games in 2020 when the larger summer sports calendar sends thousands of more athletes to its capital Tokyo, Japan goes into host mode with national momentum. Its 13 medals (four gold, five silver, four bronze) is a best-ever showing, helped by Yuzuru Hanyu becoming the first back-to-back Olympic men’s figure skating champion since American Dick Button did it in 1948 and 1952. 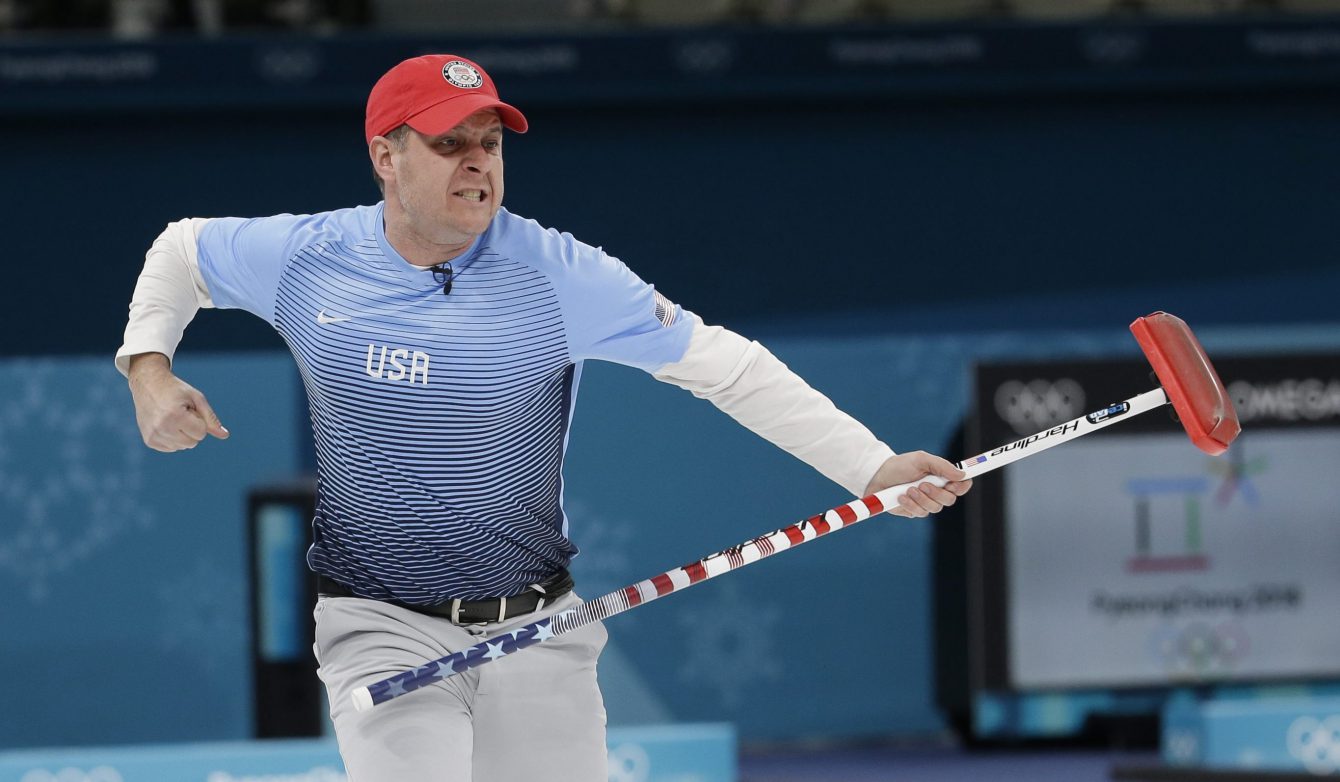 By their lofty standards, the US didn’t enjoy a typical Games, their medal count down from 28 four years ago to 23 in Korea. Nonetheless, nine gold medals can’t be discounted, including two Olympic titles that Canada held since Turin 2006: men’s curling and women’s hockey. 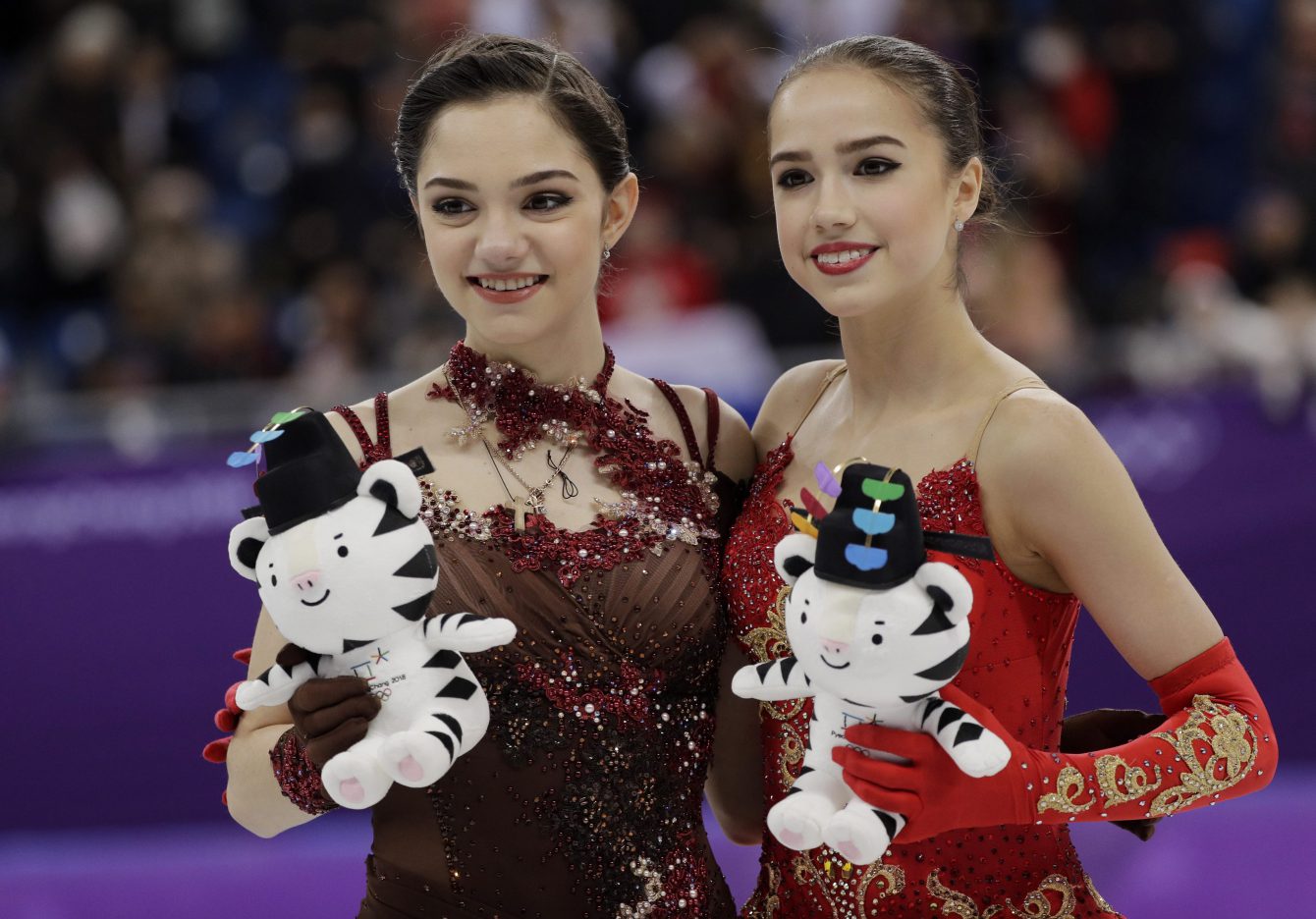 At these Games the biggest Russian highlight by far was the women’s figure skating showdown between Alina Zagitova and Evgenia Medvedeva. The two teens finished first and second, respectively, with Zagitova becoming the second youngest Olympic women’s figure skating champion at 15 years and 281 days, just 26 days older than Tara Lipinksi of the United States who still holds that record. The Olympic Athletes from Russia leave Korea with 17 medals. 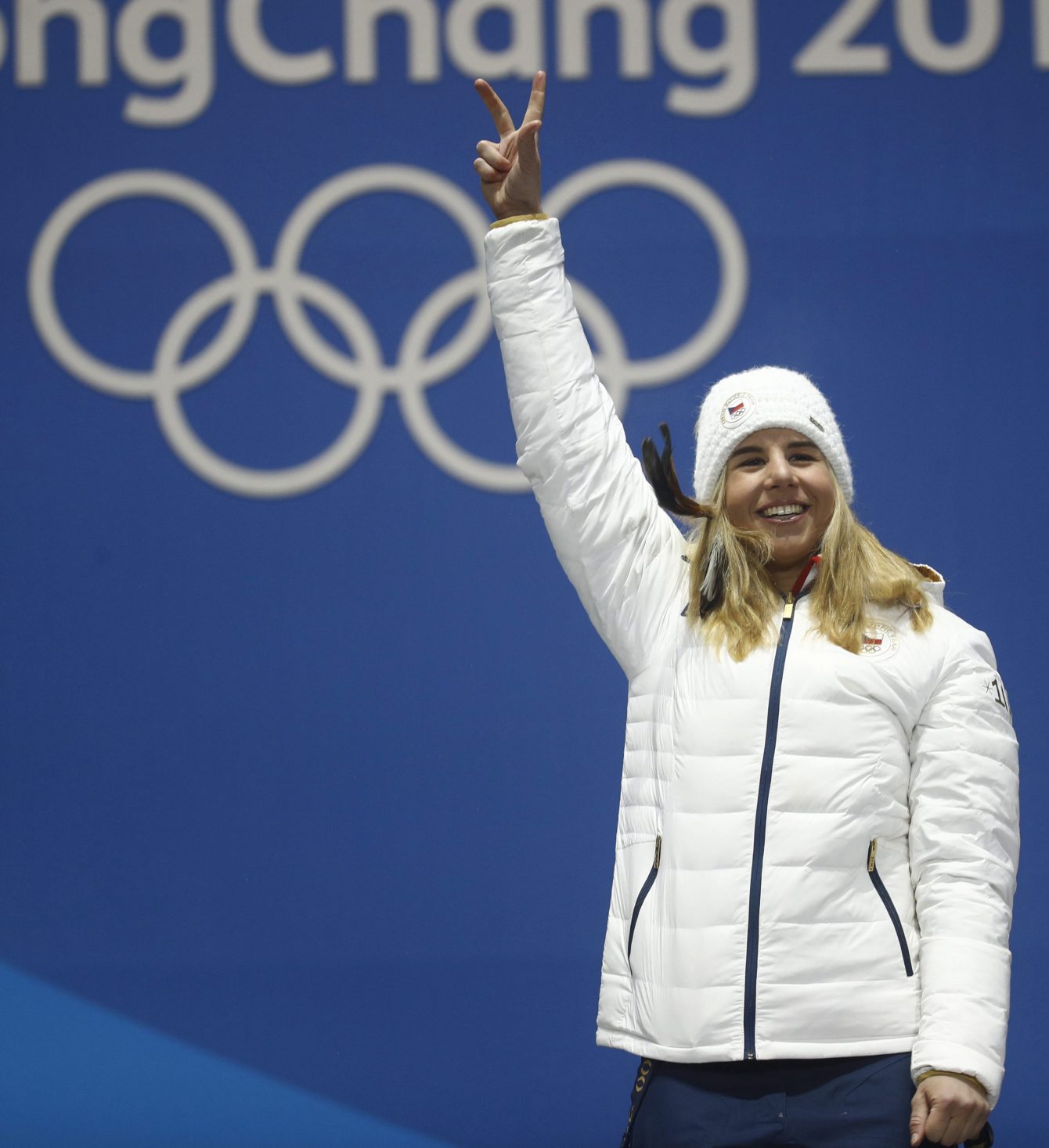 Arguably the most impressive individual performance of PyeongChang belonged to Ester Ledecka. The Czech Olympian shocked the winter sports world by winning the women’s super-G on skis reportedly borrowed from American Mikaela Shiffrin (herself a gold medallist in the giant slalom). Primarily a snowboarder, Ledecka doubled her golden tally taking the women’s parallel giant slalom, becoming the first woman to win gold in two different sports at one Olympic Games. Hers were the only two gold medals for the Czechs. 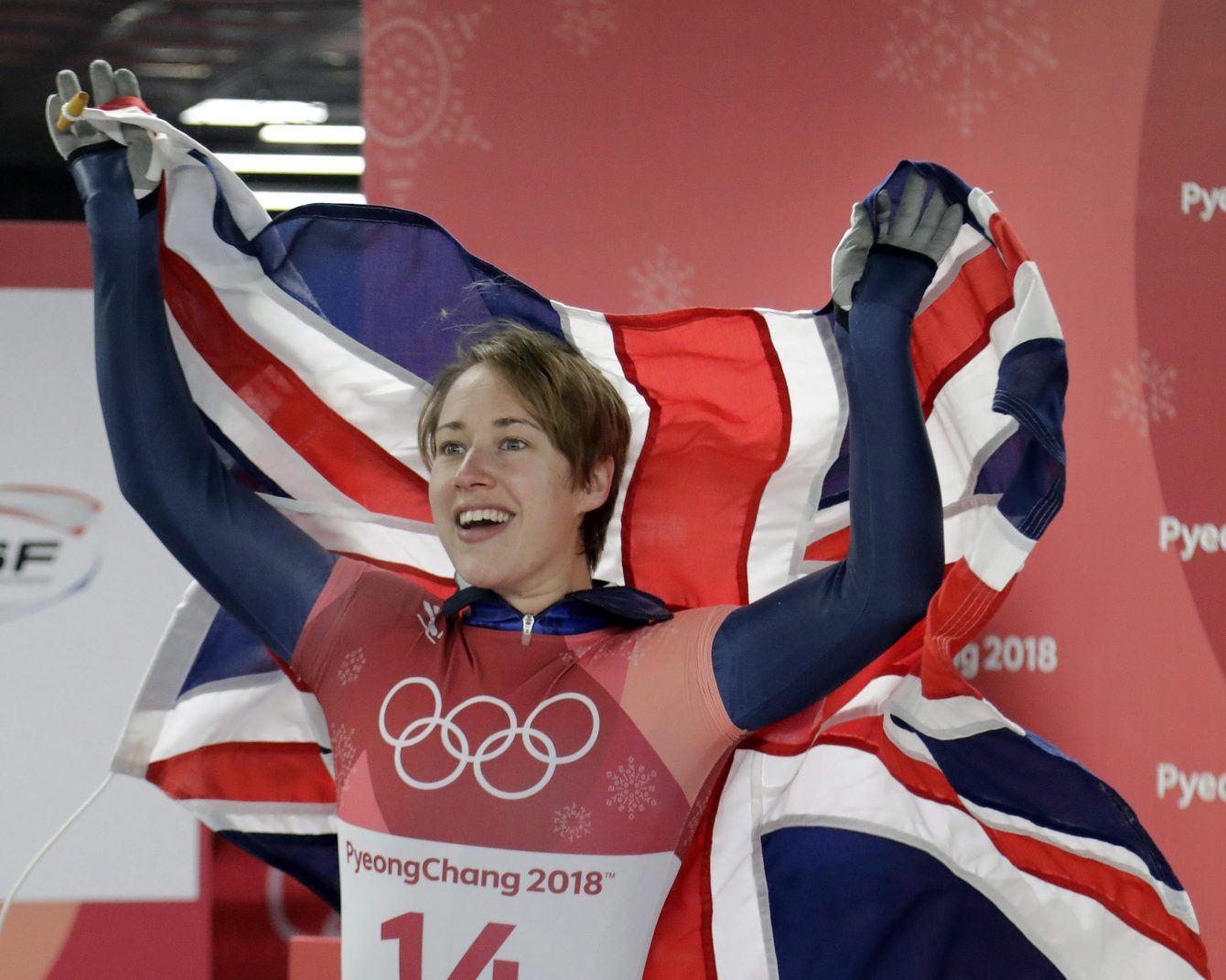 Lizzy Yarnold of Britain reacts to her gold medal finish after the final run of the women’s skeleton competition at the 2018 Winter Olympics in Pyeongchang, South Korea, Saturday, Feb. 17, 2018. (AP Photo/Wong Maye-E) 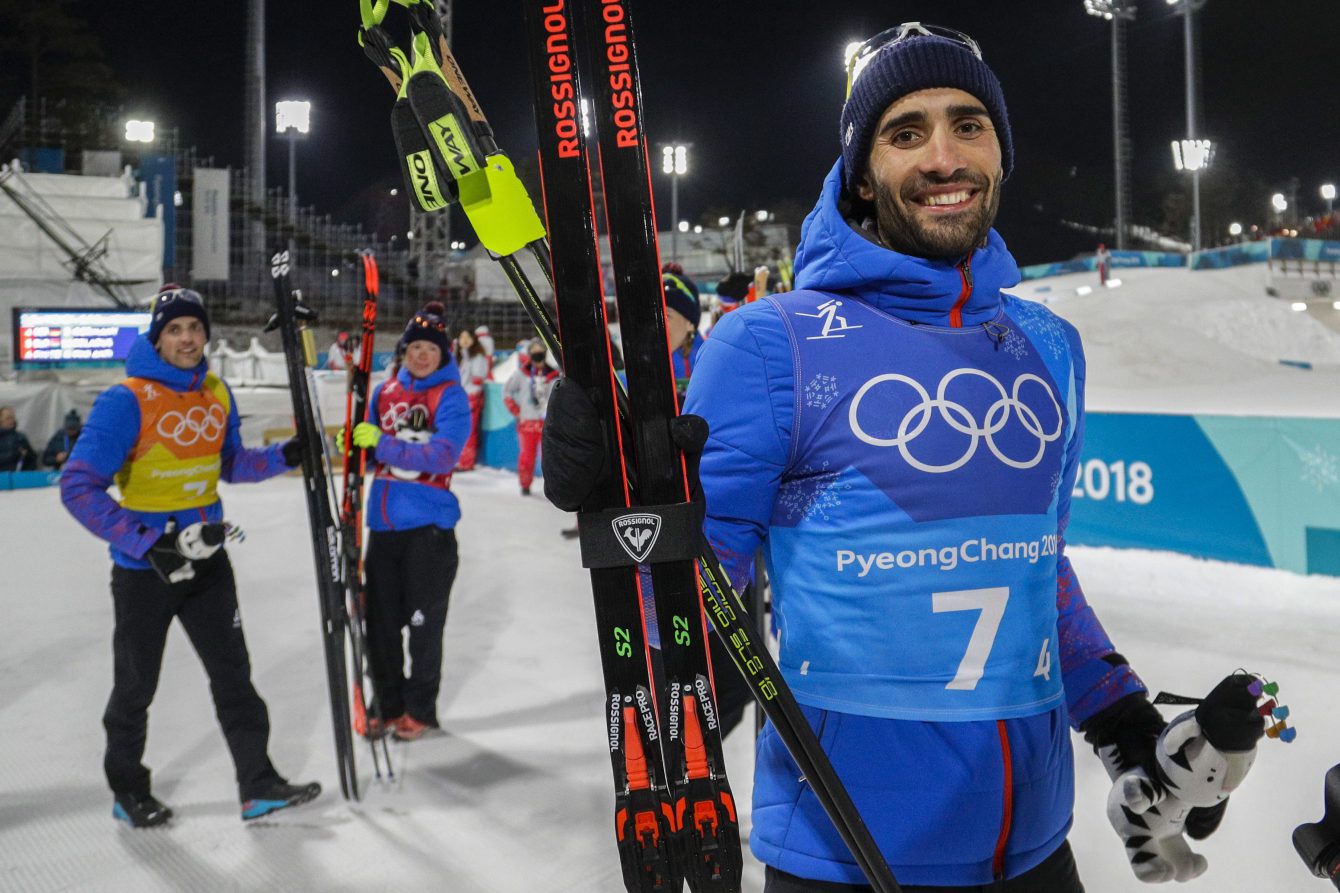 Martin Fourcade won a hat-trick of gold medals in biathlon. The most impressive athlete on the planet in this discipline, the Frenchman has been on top of the podium five times (a French Olympic record) counting a double gold at Sochi 2014. He’s now up to seven Olympic biathlon medals at the age of 29.

Other notable national achievements included New Zealand and Spain ending winter medal droughts dating back to 1992, while Hungary ended an even longer wait going back to 1980 by taking the 5000m short track relay gold.

Staying with short track, Italy’s Arianna Fontana became the most decorated Olympic speed skater in her discipline with three more podiums taking her to eight, and Belarus’ Darya Domracheva added to her illustrious career becoming the first woman to win four Olympic gold medals in biathlon.

While this covers most of the top notch performances of PyeongChang 2018, there are countless other stories that could be told from the Olympic Winter Games. For now, we’ll wait until Beijing 2022.