The ISU World Cup Speed Skating Finals over the weekend saw Canadians Ted-Jan Bloemen and Ivanie Blondin celebrated for their outstanding seasons. They did some racing as well.

On Saturday in Minsk, Bloemen was fifth in the men’s 5,000m in a time of six minutes and 26.38 seconds for 76 points. While he finished 4.26 seconds behind winner Sverre Lunde Petersen of Norway, he earned enough points to edge the Norwegian for the overall 5,000-10,000 title with 486 points. Peterson (445) was second overall and Dutchman Sven Kramer (300) was third.

Five of the six World Cup events in the 2017-18 season featured the 5,000m, while the 10,000m was contested in Calgary at Bloemen’s home oval, where he was second in December.

Bloemen has become a force in the distance events since becoming a Canadian citizen in 2014. He currently holds both the men’s 5,000m and 10,000m world records. He won a silver last month at PyeongChang 2018 in the 5,000m, and took the gold medal in the 10,000m in Olympic record time.

Blondin too will have a thicker suitcase on her trip back to Canada after the weekend, winning medals in the women’s 3,000m and the mass start, which helped her to top three overall awards in both events. 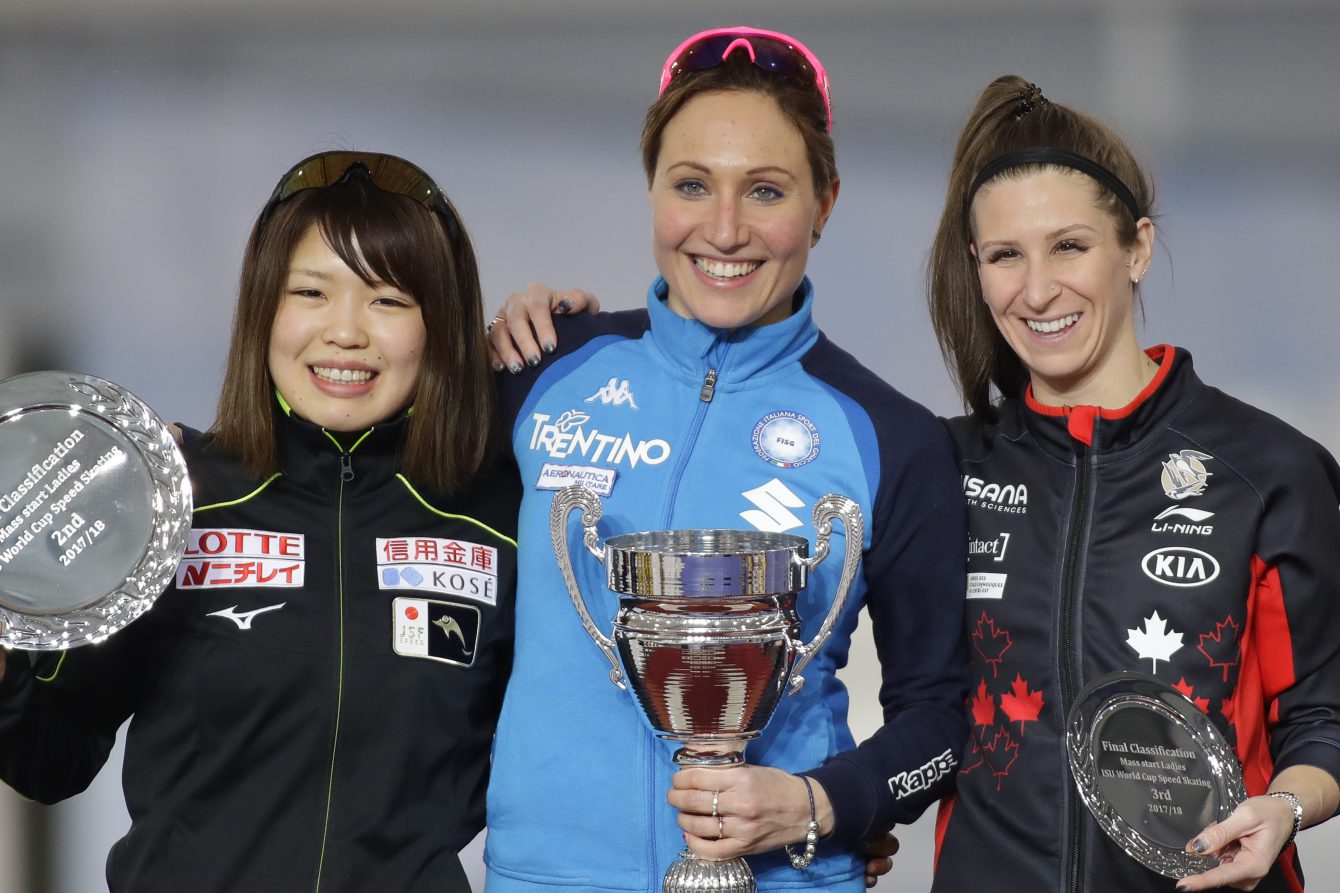 The next day Blondin was on the podium again, this time winning a silver medal in women’s mass start in a photo finish against Ayano Sato of Japan. The pair were separated by 0.05 seconds, with Sato posting a winning time 9:23.87. Francesca Lollobrigida of Italy was third, just 0.65 seconds behind Sato. The final World Cup standings, interestingly, saw Lollobrigida take the title, while Sato was second and Blondin third.