Taylor Ruck had a standout first day at the second stop of the Mare Nostrum swimming circuit in Barcelona on Thursday, winning the women’s 50m freestyle and leading a Canadian sweep of the podium in the women’s 200m freestyle.

In her first final on Wednesday, Ruck finished the 50m freestyle in 24.68 seconds, beating Kim Busch of the Netherlands to the wall by nearly three-tenths of a second. She nearly shared the podium with fellow Canuck Kayla Sanchez, who finished fourth behind Russia Maria Kameneva by just five one-hundredths of a second. 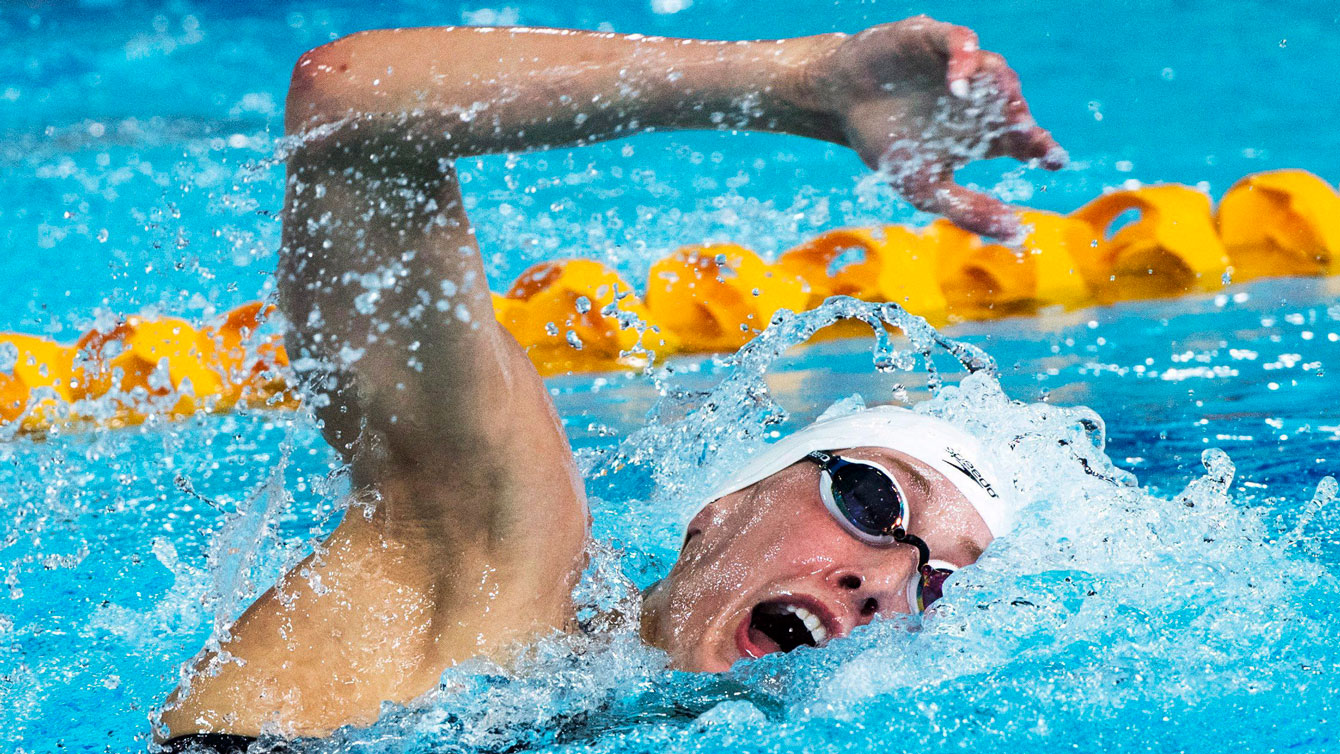 Canada’s Taylor Ruck swims her leg of the women’s 4x200m freestyle race during the swimming finals at the Commonwealth Games Saturday, April 7, 2018 in Gold Coast, Australia. Canada won the silver medal in the event. THE CANADIAN PRESS/Ryan Remiorz

About a half hour later, Ruck and Sanchez were back in the water for the final of the 200m freestyle. Ruck took the victory in 1:56.06, with teammate Rebecca Smith finishing 1.66 seconds back for the silver. Sanchez did get in for the bronze medal this time, swimming the four lengths of the pool in 1:58.49 to edge out German Reva Foos by 0.12.

Ruck won five medals, including two gold, at the first Mare Nostrum stop in Canet-en Rousillon, France this past weekend. After another day of competition in Barcelona on Thursday, the series concludes in Monte Carlo over the weekend.