6 Canadians to watch at the US Open

When the US Open kicks off at the Billie Jean King National Tennis Centre in New York City on Monday, six Canadians will be looking to make deep runs in the tournament. 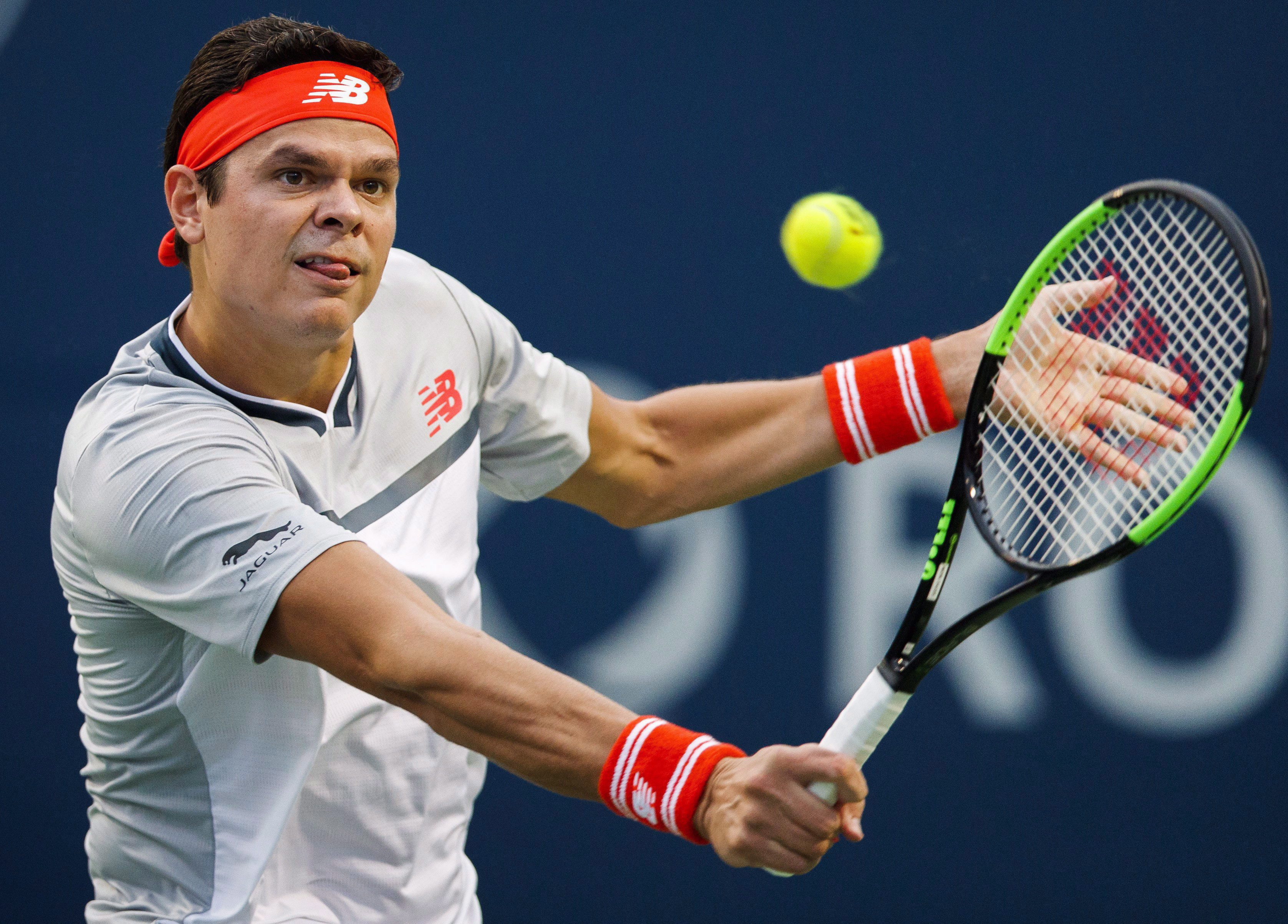 Team Canada’s Milos Raonic returns a shot David Goffin of Belgium during the first round of the Men’s Rogers Cup tennis tournament in Toronto, Monday August 6, 2018. THE CANADIAN PRESS/Mark Blinch

Milos Raonic enters the US Open as the 25th seed. Earlier this season, he reached the quarterfinal at Wimbledon and the final at the Stuttgart Open. At the Rogers Cup a few weeks ago, Raonic was eliminated in the second round. Raonic has appeared in the round of 16 three times at the US Open and is still looking for his first win.

Raonic will face Carlos Belocq of Argentina in the first round on Monday. His original opponent, American Jared Donaldson, withdrew from the tournament with a right knee injury.

She's in.@GenieBouchard wins in straight sets to earn her spot in the #USOpen main draw. pic.twitter.com/46c4EL2mJv

Eugenie Bouchard earned her spot in the main draw of the tournament by dominating the qualifying round. She dropped just seven games in three matches to become the only Canadian woman to advance to the main draw. She will face Harmony Tan of France in the first round. 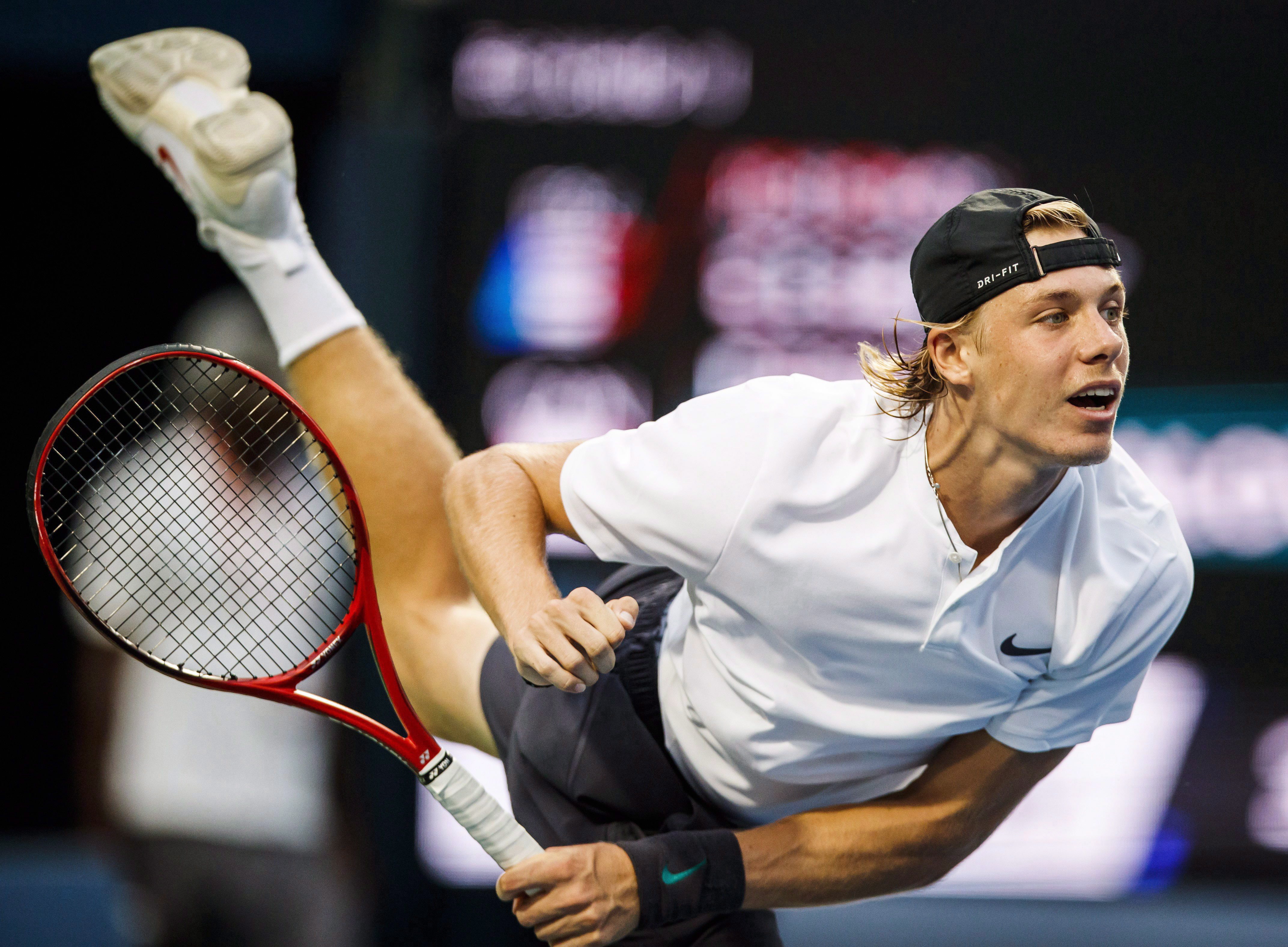 Denis Shapovalov, of Team Canada, serves to Jeremy Chardy, of France, during the first round of the Men’s Rogers Cup tennis tournament in Toronto, Tuesday, August 7, 2018. THE CANADIAN PRESS/Mark Blinch

Denis Shapovalov will start the US Open by facing his friend and fellow Canadian, Felix Auger-Aliassime, in the first round. The all-Canadian match up will be a showcase of two teenage rising stars in tennis. Shapovalov burst onto the tennis scene in 2017 when he reached the semifinal of the Rogers Cup followed by the round of 16 at the US Open. He enters the tournament this week ranked 28th.

18-year-old Felix Auger-Aliassime will make his Grand Slam main draw debut this week in New York. He becomes the first player born this millenium to play in a Grand Slam main draw after winning three qualifying matches against higher ranked and more experienced athletes. Auger-Aliassime looks to make more history on Monday in his first-round match against fellow Canadian Shapovalov. 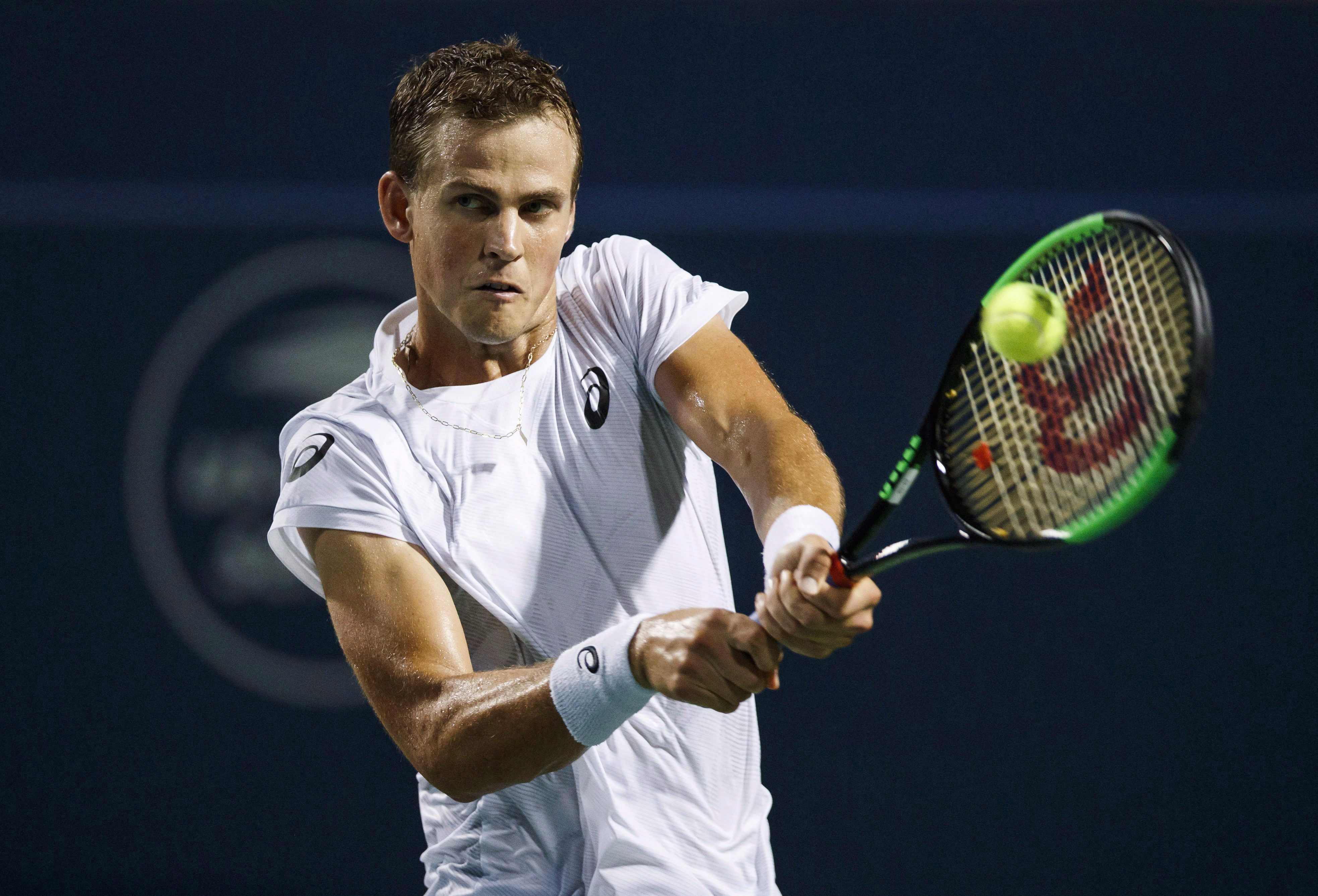 Vasek Pospisil of Team Canada returns a shot against Borna Coric of Croatia during the first round of the Men’s Rogers Cup tennis tournament in Toronto, Monday August 6, 2018. THE CANADIAN PRESS/Mark Blinch

Vasek Pospisil is on a tough path to the US Open final. If he defeats his first round opponent, Lukas Lacko of Slovakia, he could face world number 1, Rafael Nadal, in the second round. Currently ranked 88th, Pospisil is hoping to build on his past US Open results, the best in 2011 and 2016 when he reached the second round.

The Canadian has lost in the final round of qualifying at all four Slams this year, but snuck into the main draw of each one.

Peter Polansky made history this week by becoming the first to earn a “lucky loser” spot in four Grand Slam main draws in the same year. Polansky lost to American Donald Young in the final round of qualifications, but was randomly drawn to take the spot of a main-draw player who withdrew. Polansky will face 4th seed Alexander Zverev on Tuesday.

The men’s, women’s and mixed doubles draw will be announced the week of August 27. US Open play begins Monday and continues through to September 9.