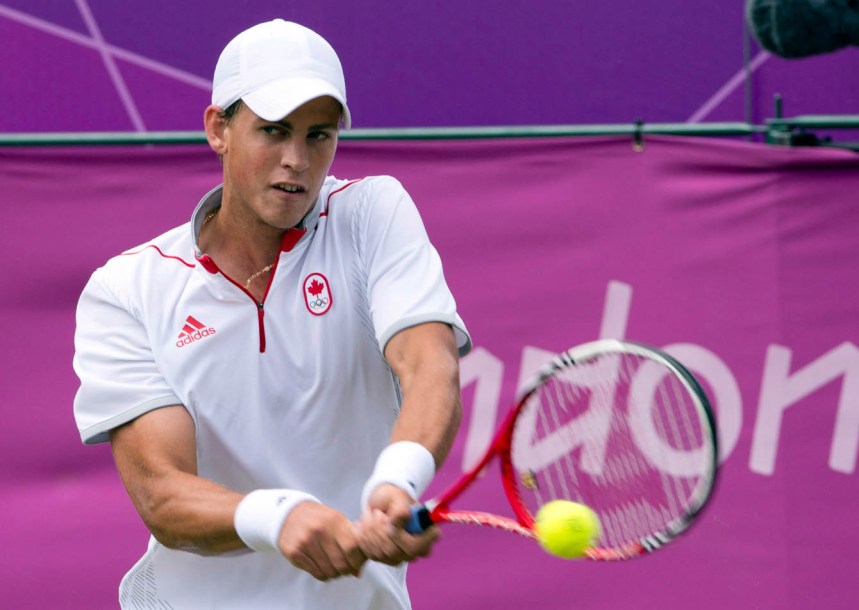 Vasek Pospisil made his Olympic debut at London 2012 after being selected as Daniel Nestor’s doubles partner despite spending most of the year on the ATP Challenger Tour. He was also granted a wildcard entry into the Olympic singles draw. Pospisil had first played doubles with Nestor during the 2011 Davis Cup. During the World Group playoff against Israel that September, Pospisil won both of his singles matches as well as the doubles match with Nestor to put Canada into the World Group for 2012.

Pospisil’s doubles career really took off in 2014 when he teamed with American Jack Sock to upset three-time Wimbledon champions Mike and Bob Bryan to win his first Grand Slam title. The duo followed up their surprising success with a second straight title at the Atlanta Open. Pospisil then enjoyed a singles breakthrough when he made it to his first ATP final at the Citi Open in Washington but lost to Milos Raonic in the first all-Canadian final in ATP history.

In 2015 Pospisil won two more ATP doubles titles with Sock. He also made it to his first Grand Slam singles quarterfinal at Wimbledon. In February 2016, Pospisil won the sixth ATP doubles title of his career at the Rotterdam Open, partnering with Nicolas Mahut. He reached his career high doubles ranking of fourth in April 2015 and has a career best singles ranking of 25th from January 2014.

At Rio 2016, Pospisil and Nestor advanced to the bronze medal match in the men’s doubles tournament but were defeated by Sock and Steve Johnson.

In January 2019, Pospisil had surgery to repair a herniated disc. He did not return to competition until July when he lost in the opening round of Wimbledon to countryman Félix Auger-Aliassime. At the Davis Cup Finals in November, he won three singles matches and then teamed with Denis Shapovalov to win the decisive doubles match in the semifinal against Russia to get Canada into the final round against Spain for the country’s best result ever in Davis Cup.

In February 2020, Pospisil reached his first ATP singles final in six years at the 250 event in Montpellier. He capped the year with another finals appearance at the 250 event in Sofia. In between, he reached the fourth round of the U.S. Open, his best result ever at that event and his best performance at any Grand Slam since the 2015 Wimbledon. He ended the year ranked 61st in the world, his highest year end ranking since 2015. His peers voted him as the ATP Comeback Player of the Year.

A Little More About Vasek

Getting into the Sport: Started taking proper tennis lessons at age 5… His parents had played recreationally before immigrating but his father took an extreme interest in the sport in Canada and started coaching both brothers so he was around the court from a very early age… At age 12 moved to Vancouver for training… Trained in the Czech Republic during summers from ages 15 to 19… Outside Interests: Enjoys listening to music… Odds and Ends: Idols growing up were Pat Rafter and Roger Federer… Favorite Quote: “Every man dies. Not every man really lives.” -William Wallace… Nickname: Vashy…

Philip Bester turned pro in 2006 and has a career-high ATP World Tour singles ranking of 229, achieved in July...