From the Toronto Pride parade to the podium, Team Canada had an eventful weekend celebrating multiple accomplishments.

Here is what you missed! 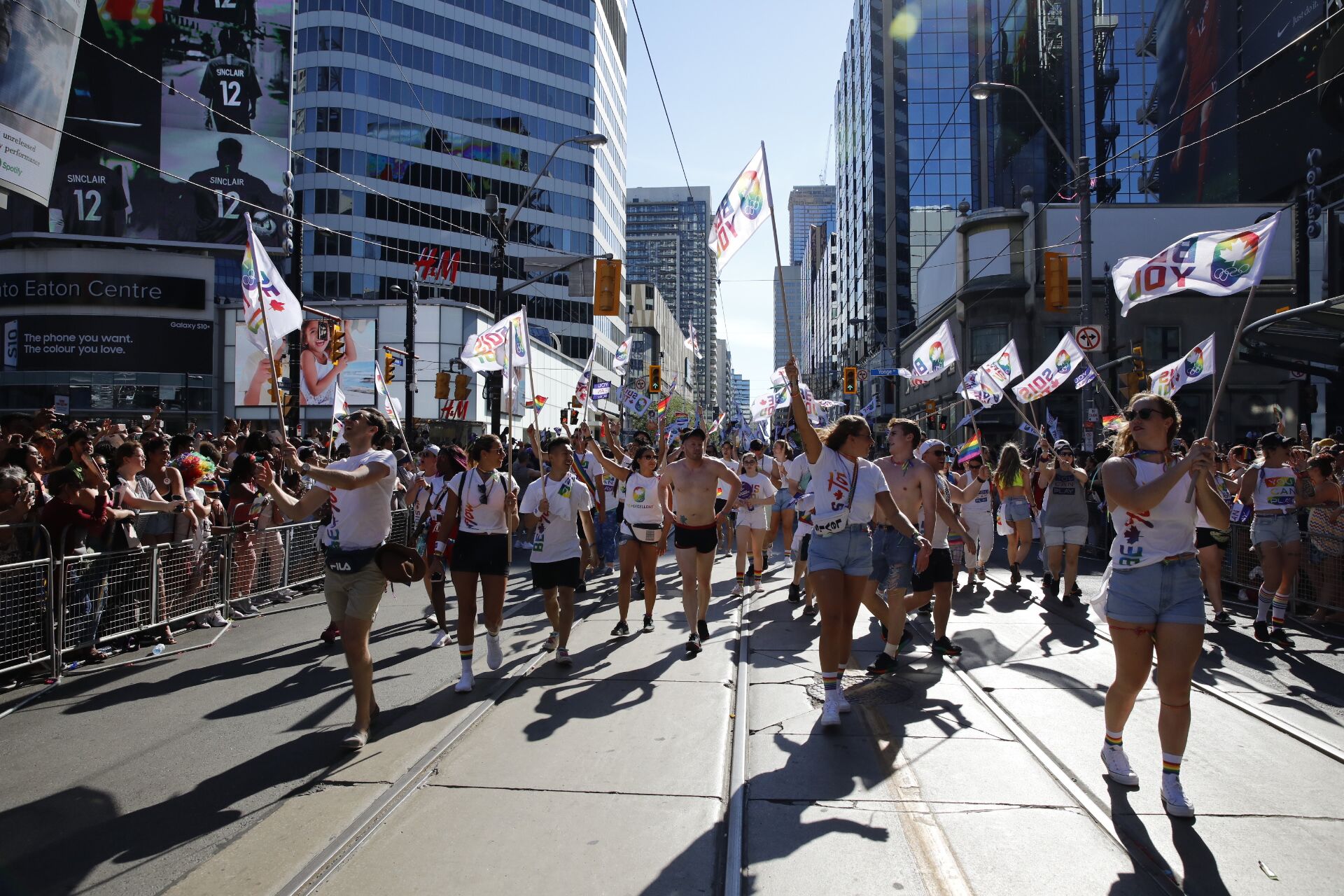 Team Canada and allies celebrate and support our LGBTQ+ athletes and Pride at the Parade in Toronto, Ontario. Photo by: Adam Pulicicchio.

This past weekend Team Canada celebrated the Pride Parade in Toronto.

Allies of Team Canada including You Can Play, Maple Leaf Sports and Entertainment, and Fast and Female marched in support of Pride Month, inclusion in sport and our LGBTQ+ athletes.

In the lead up to the parade the second annual Be You pop-up was launched at the Toronto Eaton Centre with a new t-shirt design.

It was also announced that the Canadian Olympic Foundation will be making a $10,000 contribution towards the Sports Inclusion Officer & Facilitator position created by You Can Play and Egale Canada.

If you happened to miss the pop-up shop you can still purchase your Be You shirt online here until the end of September. 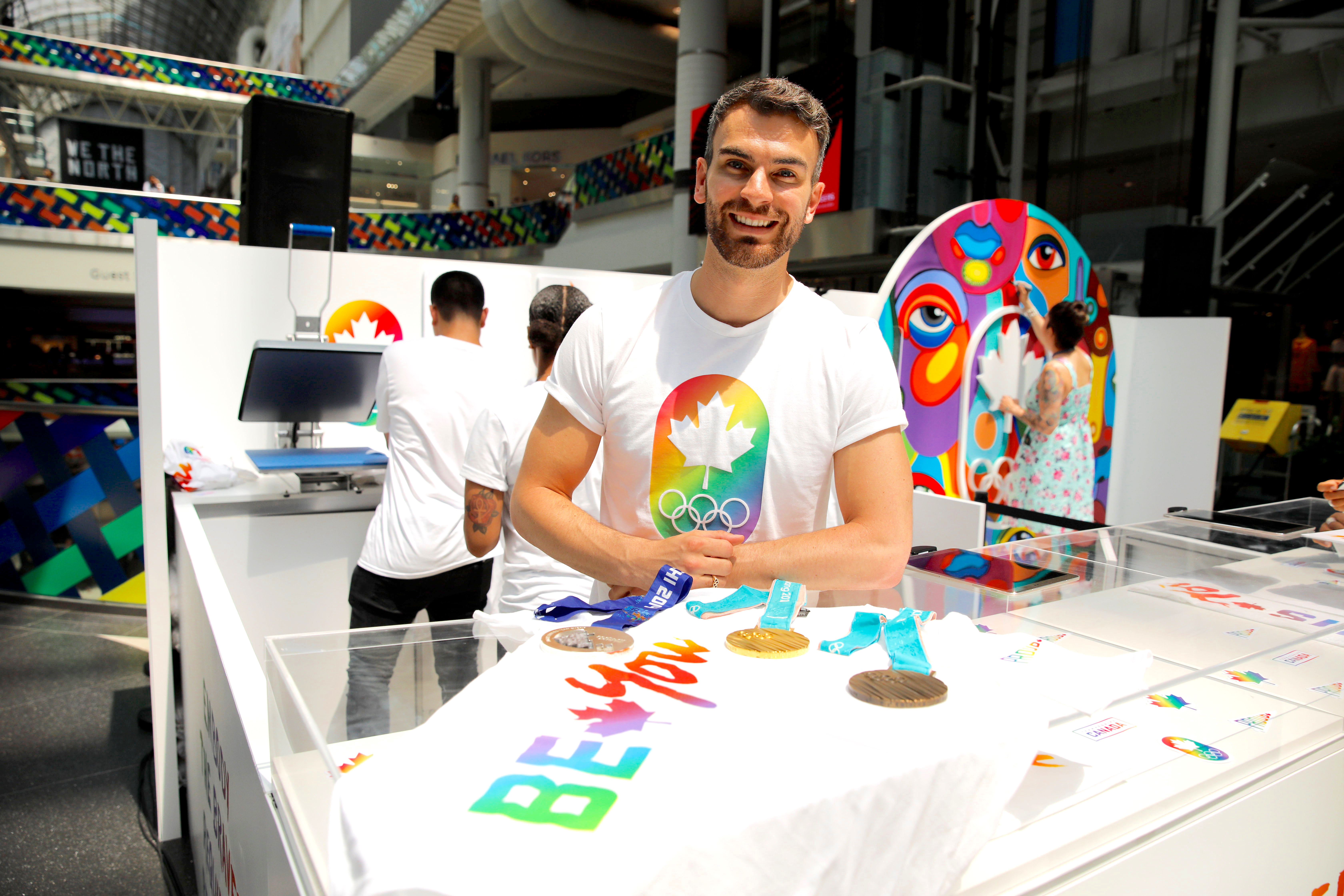 TORONTO – On Friday, June 21, 2019, Eric Radford poses in front of the Be You pop-up with his three Olympic medals. (Photo: Adam Pulicicchio/COC).

Team Canada earned a total of five medals at the Rowing World Cup in Poland this past weekend.

On Saturday, Jeremy Hall took home his first World Cup medal in the PR2 men’s single sculls event with a time of 9:06.63.

Jill Moffatt then captured the gold in the lightweight women’s single sculls event with a time of 8:16.430. 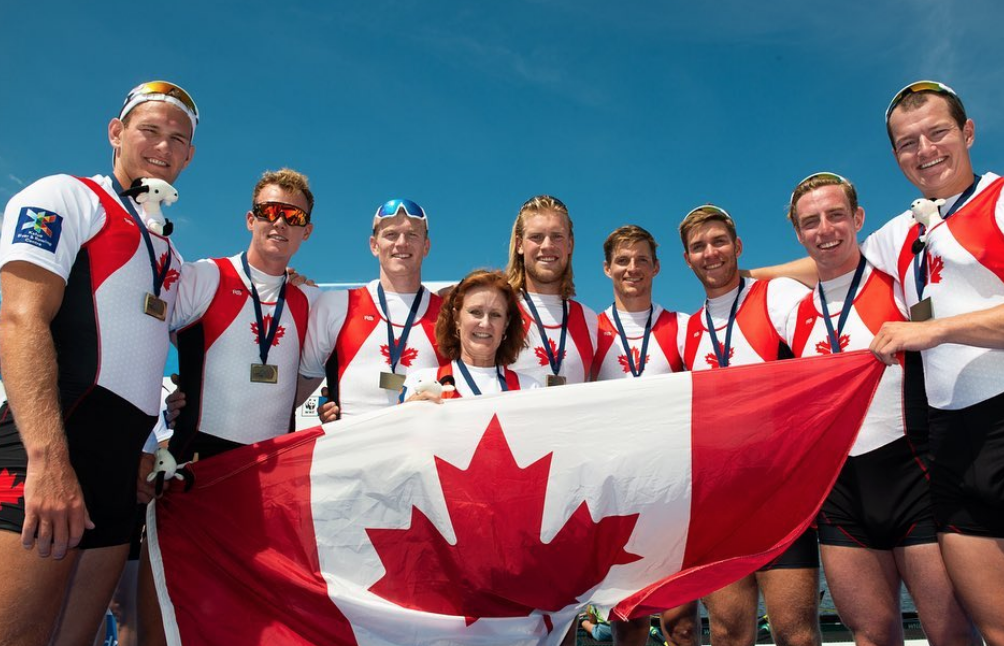 Team Canada Men’s Eight celebrates their bronze medal in at the World Cup 2 in Poznan Poland.

Carling Zeeman in the Women’s Single Sculls was able to clench the bronze medal in very tight matchup with a time of 8:05.110.

Conlin McCabe and Kai Langerfeld also raced to a bronze medal in the men’s pair final with a time of 6:43.340.

Finally the men’s eight crew took home the final bronze of the day with a time of 5:48.440. With this win the squad is hopeful they can claim a spot at the Tokyo 2020 Olympic Games.

Félix Auger-Aliassime had another groundbreaking win of his career at the Queen’s Club. After defeating Greece’s top-seeded Stefanos Tsitsipas 7-5, 6-2, Auger-Aliassime advanced to the finals.

This win landed Auger-Aliassime the title of the youngest Queen’s Club finalist since Boris Becker in 1985.

In the final Auger-Aliassime fell 7-6(3), 3-6, 4-6 to Feliciano Lopez. Despite the disappointing outcome, Auger-Aliassime has become a threat to watch out for as he heads to Wimbledon.

After a ? showing at the @WBSC Men's Softball World Championship, @SoftballCanada is bringing home ?after defeating ?? 2-1! ?

At the Men’s Softball World Championship, Canada was heading strong into the semifinals after defeating Denmark, the Netherlands, Australia, USA, Venezuela, Singapore, South Africa and the Czech Republic.

After a tough loss to the now the 2019 champions, Argentina, Canada still had a chance to secure a spot on the podium in the bronze medal game.

They successfully defeated New Zealand 2-1 on Sunday to clinch the bronze medal on the podium and the third spot in the world rankings.

Over in Montreal, Daniel Gaysinsky captured the silver in Kumite +84kg against Turkey’s Alparslan Yamanoglu.

Haya Jumaa won the bronze medal in the Kumite -61kg on Sunday afternoon. This is Jumaa’s second bronze medal of the year which moves her up to a ranking of 6th in the world.

Both Gaysinsky and Jumaa are headed to Lima 2019 in July.

In men’s volleyball, Canada had another successful outcome in the Nations League. Despite the tight matches with competitive rallies, Canada went undefeated all weekend against China (3-1), USA (3-1) and Japan (3-2).

Their next stop is Brazil where they will take on Italy on June 28th.

Next stop ➡️ SEMIS ??#TeamCanada defeats Belarus 3-0 and are heading straight to semis at the FIH Women’s Series Finals! ??

They end the group stages undefeated with 2 wins and 1 draw!

At the FIH Women’s Series Finals, Team Canada secured themselves a spot in the semi finals after completing the group stages undefeated.

The tournament commenced on Wednesday against Spain that resulted in a 1-1 draw.

On Friday they took home the win against Namibia with a score of 17-0 and locked themselves a spot in the semis on Saturday after a 3-0 win over Belarus.

The semifinals will take place on June 26. The top two teams from the Series Finals will qualify for the 2019 FIH Olympic Qualifiers.

At @Decastar_off IAAF Multi World Challenge, @Pierce_LePage dominates this year for the WIN a PB of 8453 points!

LePage ended the tournament with a tally of 8453 points, a new personal best for the 23-year-old.