Here are the latest results:

The 2019 World Rowing Championships were very successful for Canadian rowers who qualified six Olympic quota places over the weekend in Ottensheim, Austria. The Canadian rowers are ensuring plenty of Canadian podium content for the future at Tokyo 2020!

Andrea Proske and Gabrielle Smith qualified a place for Canada in women’s double sculls and Carling Zeeman qualified a spot in the women’s sculls.

On Saturday, Conlin McCabe and Kai Langerfeld qualified a boat in the men’s pair for Tokyo. Madison Mailey, Sydney Payne, Jennifer Martins and Stephanie Grauer locked in another spot for Canada in the women’s four.

On Sunday, the Canadian women earned another spot for Canada in the women’s eight event and finished just off the podium with fourth in the final.

On Sunday, Team Canada women’s softball team booked their ticket to Tokyo 2020. The Canadians secured their spot with a 7-0, five-innings win over Brazil at the WBSC Americas Qualifier tournament in Surrey, B.C.

The Canadians had a great run at this tournament going 4-1 to finish second, behind Mexico the only team that beat them. Team Canada became the fifth qualified nation for the Olympic Games softball competition for Tokyo 2020.

READ: What are the differences between baseball and softball?

After a nine-month absence, Max Parrot made his return to the slopes at the X Games in Norway and walked away with a snowboard big air gold medal. Parrot is now a six-time X Games champion.

The Olympic silver medallist’s return comes after being diagnosed with Hodgkin Lymphoma in December of 2018. After 12 chemotherapy treatments in just six months, he has made an extraordinary return, winning gold with 91 points.

Sven Thorgren of Sweden took the silver with 88.33 points. Yuki Kadono of Japan rounded out the podium with bronze and 84.66 points. Canadian favourite, Mark McMorris was also present in competition over the weekend, earning fifth in the snowboard big air event final.

Team Canada’s Alex Beaulieu-Marchand also started off his season on the podium at the X Games in Norway, taking home bronze in the men’s big air ski event with a score of 79.66. American Alex Hall took home gold with 88.66 and Sweden’s Henrik Harlaut (83.00) earned silver. 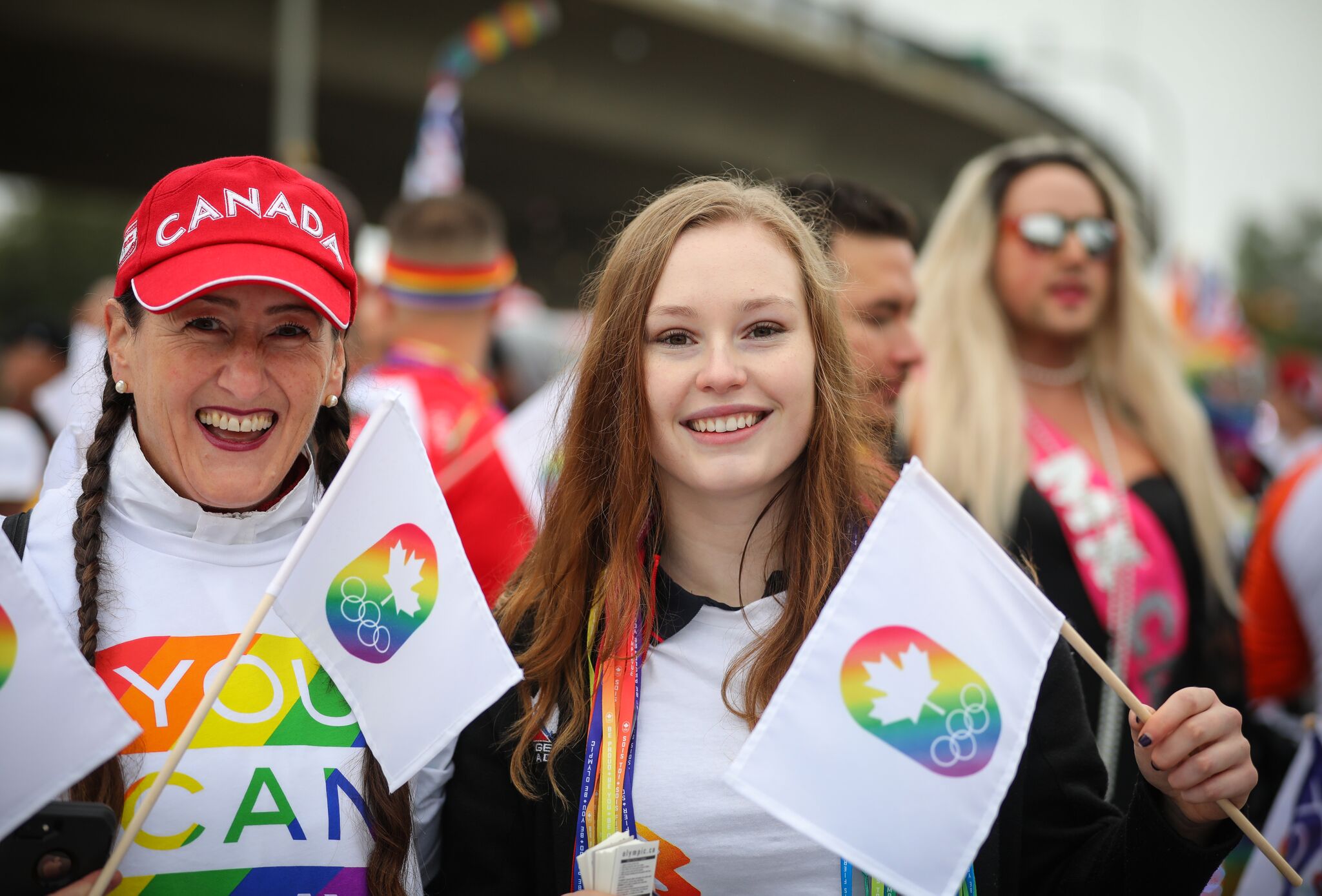 Despite the gloomy fog, Calgary was alive with pride and colour on Sunday as thousands of people made their way to 6 Avenue to take part in Calgary’s very own Pride Parade.

Thank you to everyone who came out to celebrate pride and our LGBTQ+ athletes during the Calgary Pride Parade.

Bianca Andreescu is through to the second week of a Grand Slam for the first time. On Saturday Andreescu claimed victory over Caroline Wozniacki 6-4, 6-4 to reach the fourth round round of the US Open. She is the only Canadian still in action in singles. She is set to face American Tylor Townsend on Monday to secure her quarter-final spot at 9pm ET.

Gaby Dabrowski will be in action on Monday afternoon with Mate Pavić, in the quarter-final of the mixed doubles. Dabrowski along with her partner Xu Yifan will battle in their quarter-final match on Tuesday in women’s doubles.

READ: Team Canada, Tennis and the US Open

At the ISTAF Berlin Track and Field World Challenge Brittany Crew achieved 19.28m to win first place in shot put and surpass her previously set Canadian record of 19.07m. Andre De Grasse also took the top spot in the 100m, winning the competition with his best time of the season of 9.97s. Canadian’s Aaron Brown and Gavin Smellie also participated in the event, Brown taking home fourth (10.08) and Smellie with 6th place (10.23).

Last Thursday, Team Canada athletes competed at the first Diamond league final in Zurich. Brandon McBride took home the first medal of the weekend with bronze in the 800m and his best time of the season of 1:43.51.

NEW CANADIAN RECORD ?@gstafford13 obliterates her own Canadian record of 4:00.26 in the women’s 1500m #DLFinal, crossing the finish line with a huge PB of 3:59.59 for 3rd place ?#ZurichDL ?? pic.twitter.com/HaoiySLuTz

In the 1500m, Gabriella DeBues-Stafford set a new Canadian record and won the bronze medal. She became the first female Canadian to cross the finish line under the four minute mark, at 3:59.59.

Crystal Emmanuel did not reach the podium, but achieved her best time of the season in the 200m, at 22.87.