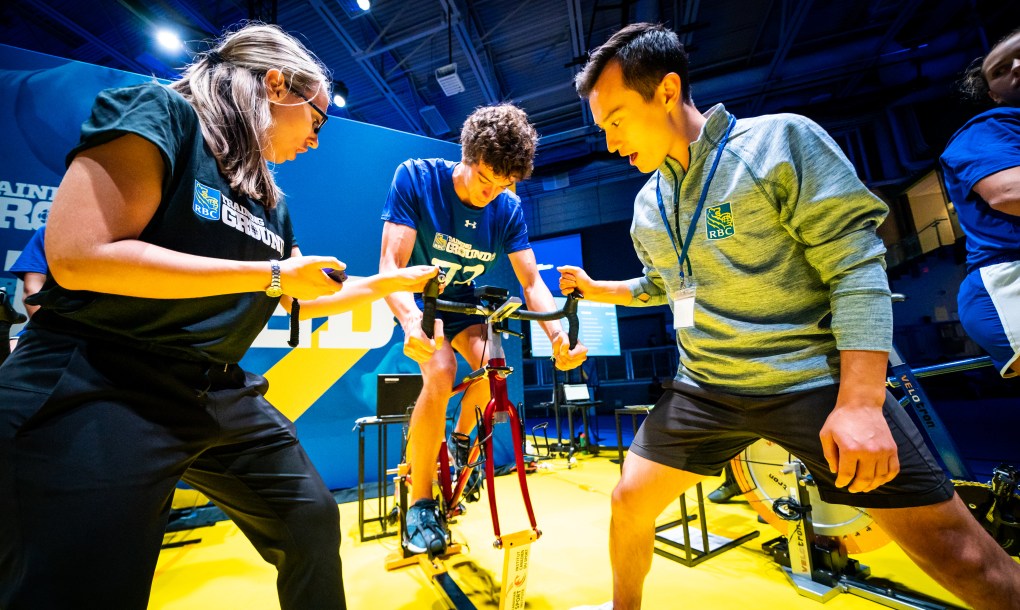 Now in its fifth year, RBC Training Ground is back to look for the next generation of Team Canada athletes. 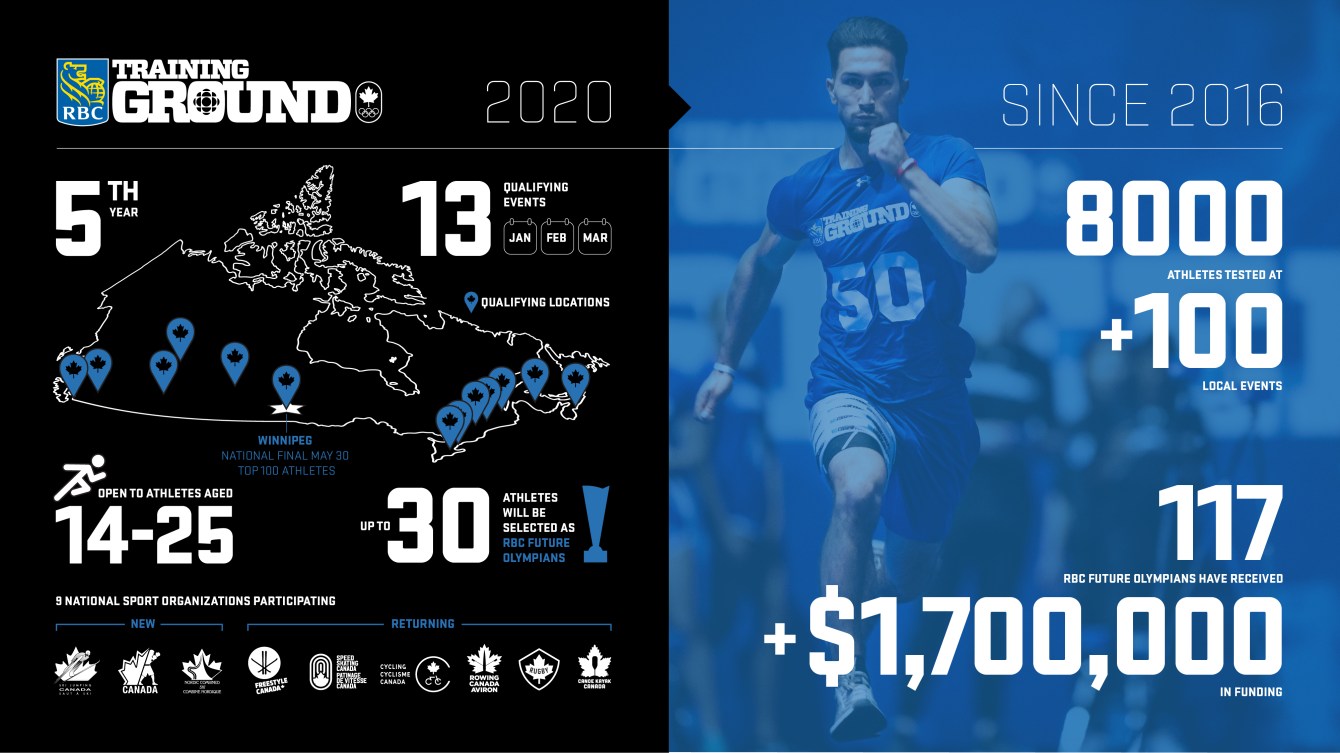 What is RBC Training Ground? 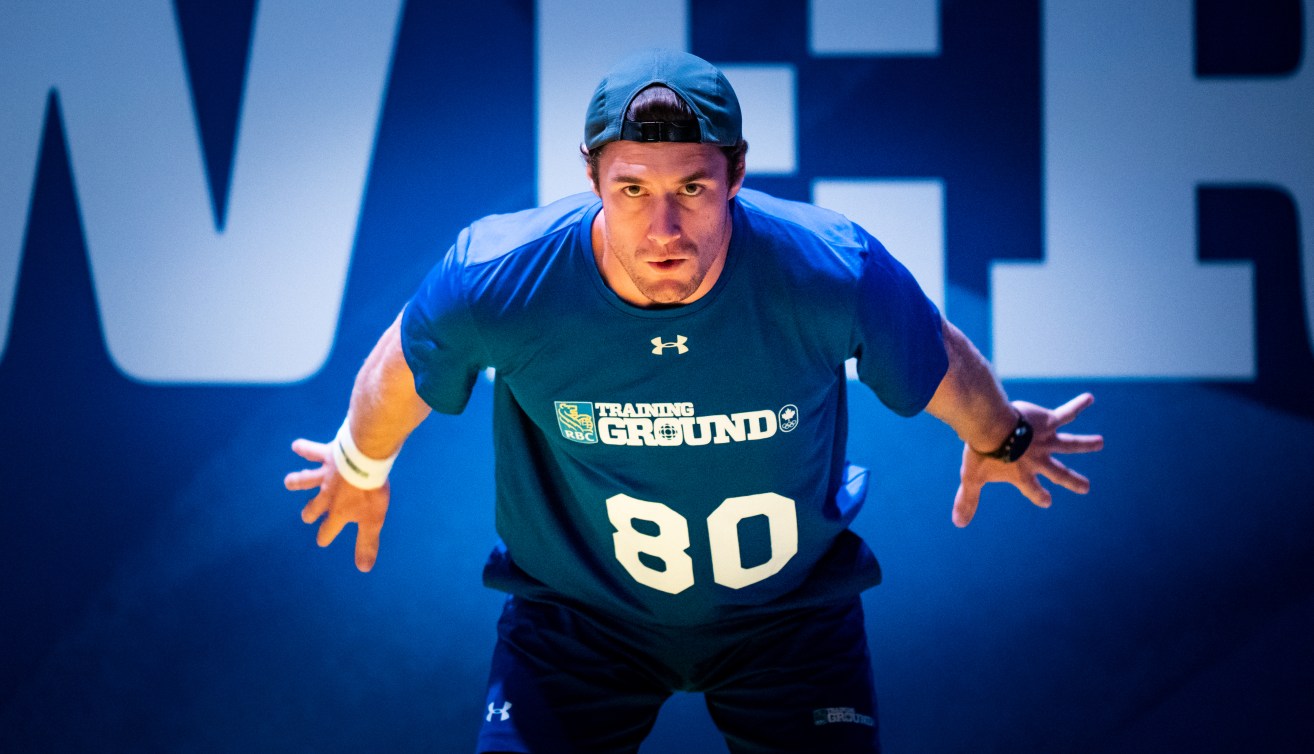 Evan Bezemer prepares to jump at the power station at RBC Training Ground Final at the Genesis Centre in Calgary, Alberta on September 14, 2019.

RBC Training Ground is an innovative, nationwide program that identifies and tests young Canadian amateur athletes through high-performance combines. Those identified as having high potential receive funding and other forms of support they need to one day reach an Olympic podium.

Who can participate in RBC Training Ground?

Canadian youth between 14 to 25 years old are able to participate at RBC Training Ground events. This age range helps participating National Sports Organizations (NSOs) identify athletes who can develop into Olympic hopefuls based on long-term athlete development and the Canadian Sport for Life program.

When and where are the 2020 RBC Training Ground events?

There are 13 free qualifying events across Canada on the following dates:

The National Final will take place on May 30 at the Dakota Community Centre Fieldhouse in Winnipeg.

What kind of assessments take place during the high-performance combines? 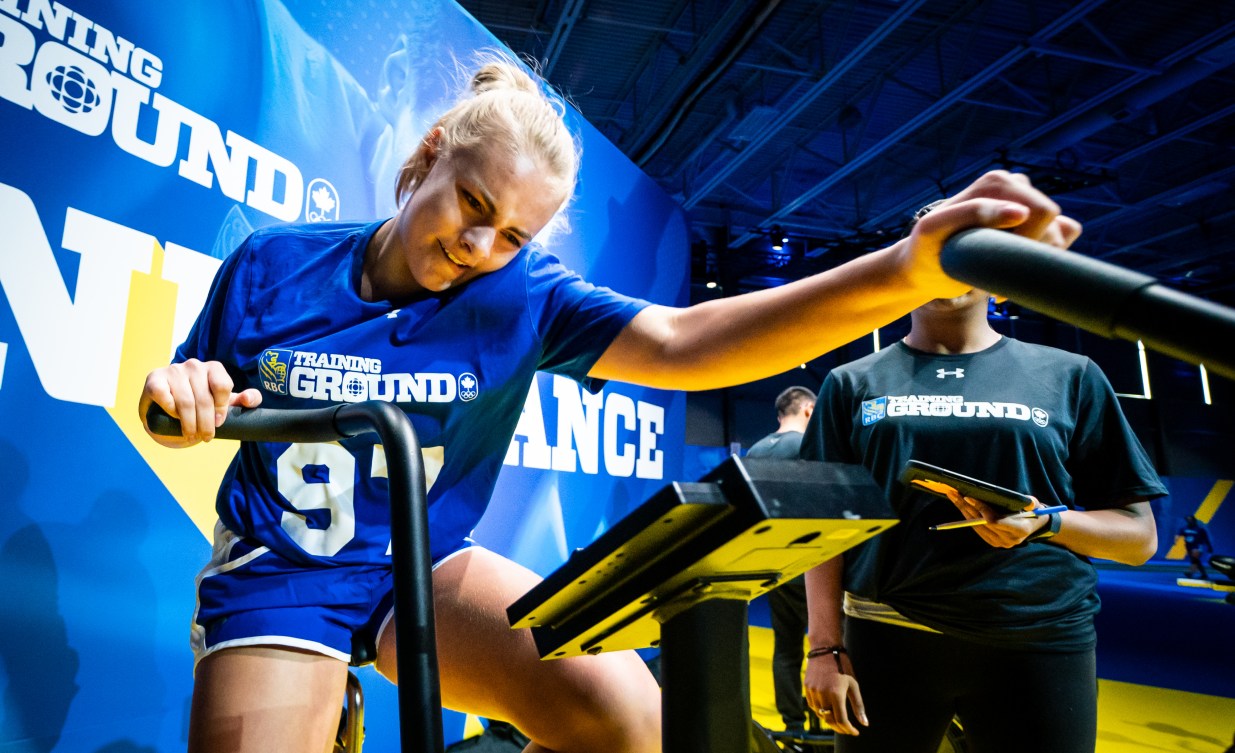 Megan Andrews at the endurance station during the RBC Training Ground Final at the Genesis Centre in Calgary, Alberta on September 14, 2019. (Credit: Dave Holland / Team Canada)

Athletes are assessed using field-based tests that require speed, strength, power, and endurance abilities. Among the tests are:

Other tests may be added as needed by the NSOs. For more details and video instructions on these four tests, click here.

What National Sport Organizations are recruiting at the 2020 RBC Training Ground?

Joining the program in 2020 for the first time are:

NSOs returning to the program are:

What is the partnership between RBC and the Canadian Olympic Committee?

RBC is the longest standing partner of Team Canada. Since 1947, RBC has been a champion in supporting Team Canada the last 37 Olympic Games with shared values of excellence, teamwork, diversity and commitment. Notably, RBC helped send Canadian athletes to the St. Moritz 1948 Olympic Winter Games.

In addition to finding and funding Canada’s next generation of Olympians through RBC Training Ground, RBC also helps to prepare current and newly retired Olympians for life after sport through the RBC Olympians program.

Which Team Canada athletes have participated in RBC Training Ground? 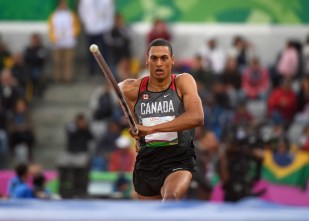 LIMA, Peru – Pierce Lepage of Canada competes in pole vaulting during the decathlon at the Lima 2019 Pan American Games on August 07, 2019. Photo by Christopher Morris/COC 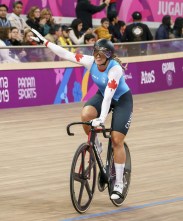 Decathlete Pierce LePage and track cyclist Kelsey Mitchell are just a few of many Team Canada athletes that have gone through the RBC Training Ground program.

LePage won silver at the 2018 Commonwealth Games in Gold Coast, Australia. His most recent podium finish was third at Lima 2019.

Mitchell also competed at the 2019 Pan Am Games. She won silver with her teammate in the women’s team sprint event. In the qualifying round of the women’s individual sprint, she set a Pan American Games record of 10.890s. She went on to win gold in the event.

How can I register for RBC Training Ground?

To be a part of the 2020 RBC Training Ground program, please register here for free.