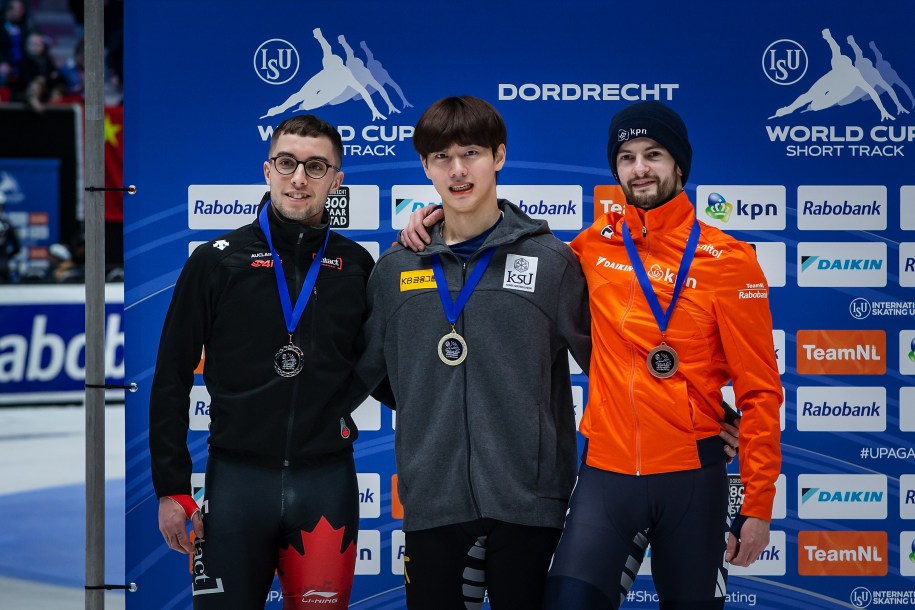 Cedrik Blais skates to short track silver in the Netherlands

Cedrik Blais skated to a career-best silver medal in the men’s 1000m at the ISU Short Track World Cup in Dordrecht, Netherlands.

The Quebec-native crossed the finish line in a speedy time of 1:33.739 to capture his very first World Cup silver. He finished behind Korean Kim Dagyeom who won the gold medal in 1:33.056, while Itzhak de Laat of the Netherlands completed the podium in 1:54.183.

Prior to today, his best result was a bronze in the 500m event and an eighth place finish in the 1000m.

“I just knew something would happen today,” Blais said post-competition. “During the race I was always in the back, waiting for the opportunity to go in front. That opportunity came and I got into second place.”

The Short Track World Cup will wrap up tomorrow.