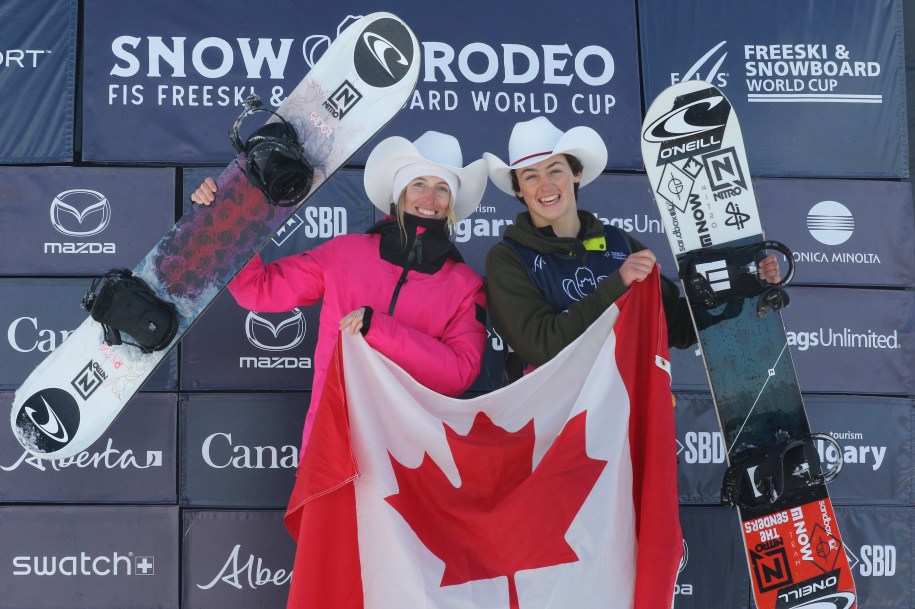 23-year-old Blouin put on an epic performance on the slopes in front of a Canadian crowd, scoring 79.56 points on her second run to win gold. She beat out Silje Norendal of Norway (75.68 points) and British snowboarder Katie Ormerod to claim the top spot on the podium. Norendal put up 75.68 points to win silver, while Ormerod’s 68.71 points earned her a bronze.

.@LaurieBlouin takes her victory lap to the top of the podium as she grabs GOLD at the Calgary World Cup stop 🥇🇨🇦 pic.twitter.com/iic0nATmri

This is Blouin’s second World Cup medal of the new year. Just a few weeks ago, she took home a women’s slopestyle silver at Mammoth Mountain Resort.

On the men’s side, Liam Brearley landed his first career World Cup medal. The 16-year-old competed at the Youth Olympic Games in Lausanne earlier this year where won one silver and two bronze for Team Canada on the slopes. By doing so, he became the first Canadian athlete to ever win three medals at a Winter Youth Olympic Games.

Today on the slopes, he scored 76.58 to take bronze, despite a scary fall on his second run. He stood alongside New Zealand’s Tiarn Collins (80.50) and Japan’s Ruki Tobita (79.53), who won gold and silver.

Overall, Team Canada had a successful weekend in Calgary with medals in snowboard and freestyle skiing.