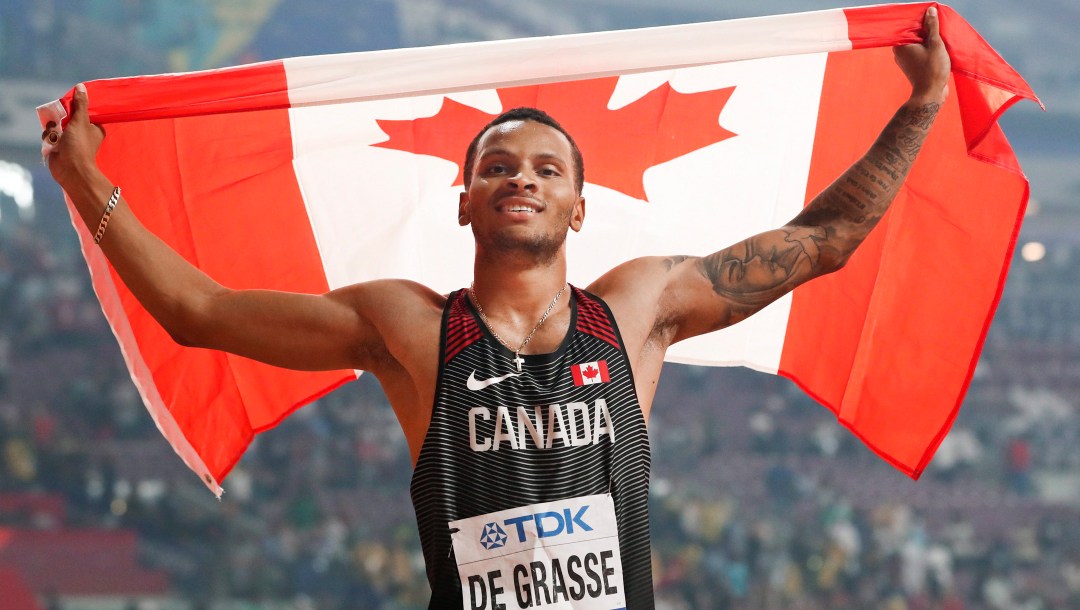 Sprinters Andre De Grasse and Aaron Brown both ran to the podium at the Ostrava Golden Spike on Wednesday in the Czech Repbulic. De Grasse finished third in the 100m event, while Brown claimed bronze in the 200m.

Ahead of De Grasse on the 100m podium were Americans Fred Kerley and Justin Gatlin, respectively. Kerley clocked a winning time of 9.96s, while Gatlin ran 10.08s. De Grasse had a time of 10.17s.

The Ostrava Golden Spike is a part of the World Athletics Continental Tour. De Grasse previously won 100m silver at this event in 2019, while also winning 200m gold. Brown has also been on the podium before at this event, winning the 200m race back in 2018.