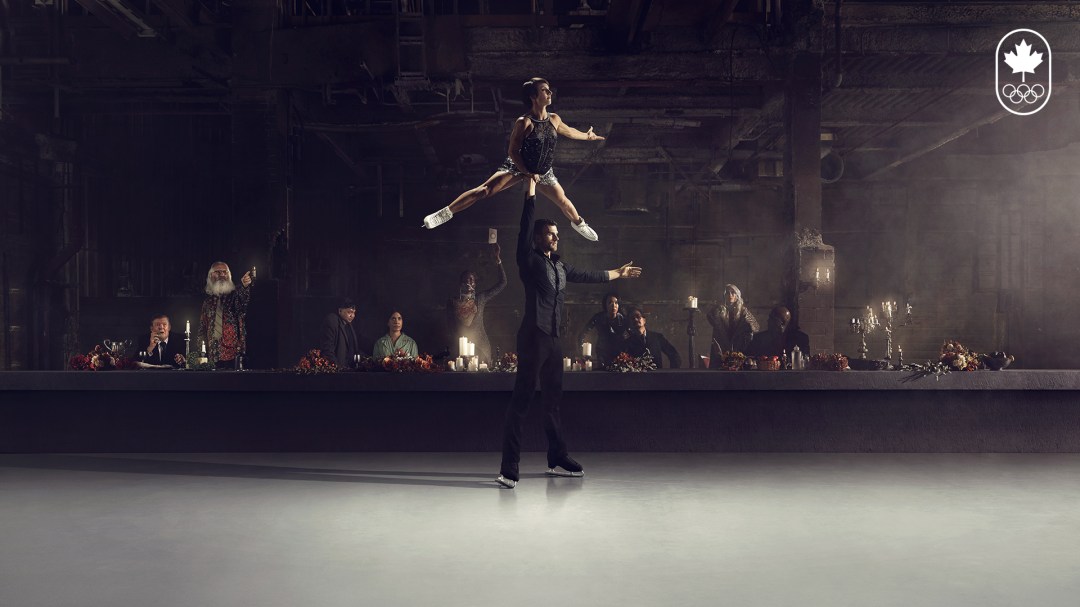 Canada Olympic House will be a home to Pride House, and what it means for Team Canada’s athletes

When Olympian and #OneTeam Ambassador Eric Radford was growing up in the small town of Balmertown, Ontario, the ice was his happy place. He absolutely loved to skate.

As he looked down at his skates, he saw such beauty, finesse, and elegance in his black leather toe-picked boots – but they were different from the skates all the other boys were wearing. He knew he was the only figure skater in a hockey town, but he didn’t quite understand why that mattered.

It did matter. Eric was bullied, called names, and excluded from play, but he was courageous in the face of it all. He knew he wasn’t doing anything wrong, no matter what anybody said. Eric never strayed from being himself.

It’s what you do in those moments that mean something. For Eric, he followed his dreams. He came out as a gay athlete in a very public way. He speaks his authentic truth spreading acceptance and love. He has become Olympic.

What does it mean to be Olympic? “To me it’s about courage. It’s about grace and excellence in the face of judgment,” Eric continued. “We’re all judged by others, from the time we’re young: for how we look, how we talk, what we do. Our success is determined by how we decide to respond to it. We can let it bring us down — or we can find the courage to believe in ourselves and to follow our dreams.”

That is why today, the Canadian Olympic Committee is incredibly excited to announce our partnership with Pride House International as we support equality in sport at the 2018 Winter Games in PyeongChang.

Pride House International’s mission includes the promotion of equality and diversity in sport, through sport and by sport. This year, in a first-of-its-kind partnership with the Canadian Olympic Committee, Pride House International, working with Korea’s only LGBT advocacy group, Korean Sexual Minority Culture and Rights Center, will be providing a venue inside Canada Olympic House to welcome LGBTQ+ athletes, fans, and their allies during the PyeongChang Olympic Winter Games to view the competitions, experience the Games and learn about LGBTQ+ inclusion.

“Each time there’s a Pride House it’s special and completely unique but there’s something extra gratifying for us here in PyeongChang. The inaugural Pride House was at the 2010 Olympic and Paralympic Games in Vancouver and Whistler, and now, eight years later, we have established our very first official partnership with any National Olympic House,” said Keph Senett, Pride House International trustee. “Obviously that is incredibly exciting for the Pride House movement, but the fact that we are working with Canada House is profoundly significant. It brings the Pride House story–which is very much a Canadian story–full circle.”

These opportunities allow our #OneTeam conversations to continue as it gives our athletes and fans a place to connect, share their unique stories as well as their love of sport with people from all over the world. This partnership will allow for LGBTQ+ athletes like Eric to be celebrated in a way that truly values their remarkable Olympic journeys. It brings a safe and inclusive platform for LGBTQ+ people to feel comfortable and follow their dreams of representing their country at an Olympic Games. It provides an example of love and empathy for our future generations. Importantly, it allows us to unite and be Olympic together.