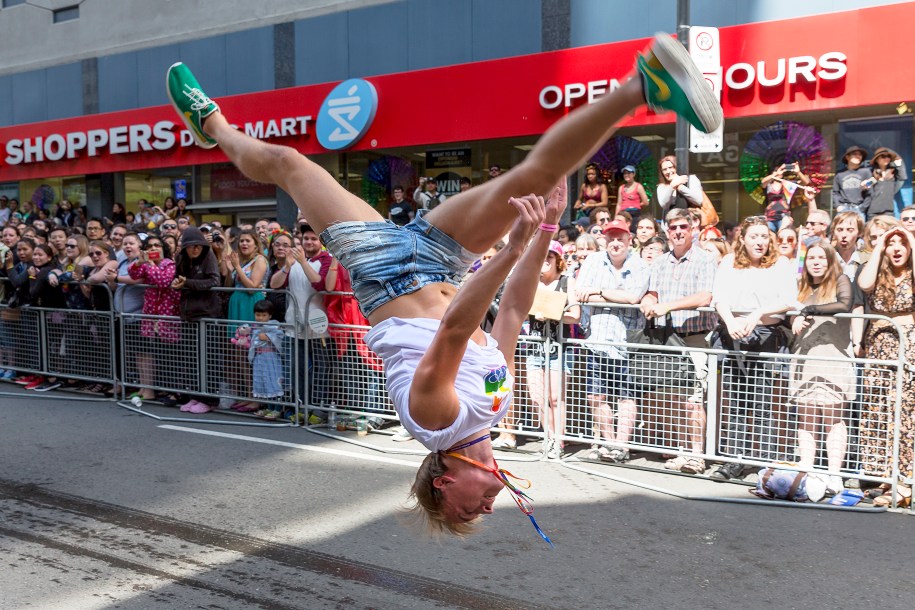 Letter to My Younger Self – Vincent Lavoie

Recently, I was fortunate enough to have interviewed a former National Team Member and Tumbler for Gymnastics Canada, Vincent Lavoie as part of a new series on the #OneTeam blog; “Letter to My Younger Self”. When you’re young, you’re often care free and aren’t thinking about the moments that shape who you are today. This new series provides an opportunity for athletes to reflect on their youth, and what their current self would have told their younger self. The #OneTeam ambassador contributed by reflecting on what he would say to his 15-year-old younger self in the process of coming out. Here it is, and thank you, Vincent for sharing your unique story.

You are not being yourself; stop trying to be someone you are not.

Looking back at the photos and the clothes you are wearing right now, what is cool in high school, and what everyone else is doing, what were you thinking?

You’re going to realize it doesn’t feel like “me”.

Be happier. Be the best, better than the rest. Be smarter, faster, richer, more popular, more productive, more envied, more admired. That’s what your going to hear a lot. Unrealistic positive expectations. But as your 25-year-old self now, I’m here to tell you to not be afraid and to care about only what is true, immediate and important not about the superficial and fake.

In the past 5 years you’ve been made fun of – name-called, teased, and bullied for being more feminine and for having a circle of friends, the majority being girls and simply for being different from all the other boys in your class. I know it hurts and it feels like it will never stop.

Pretty soon you’ll have had enough. There’s going to be a moment at school when you will be walking up the stair case, minding your own business and someone below will yell “gay” so loud that you’ll know it is directed at you.

Sarcastically, to whomever that was I applaud your courage to hide in a stair case to bully.

That, although may seem like a lot to take in, but you’ll say to yourself, “Oh, no. Not today. I will no longer let the bullies get a reaction out of me that will make them feel superior.”

So please, follow your gut that tells you to answer to that name calling with a big sarcastic, “Oh my god, I didn’t know I was gay, your telling me something about myself I did not know.

Standing up against the bully, disempowering them, will surprisingly bring confidence in yourself that will make a world of difference. It’s not easy at your age, trying to fit in and find yourself, but let me tell you, you have the best support system.

Your friends, from your very first openly gay relationship at the summer show ‘Les Légendes Fantastiques’ will be so supportive. It will be an environment where you feel safe. It will make opening up to your other friends easier. But here is a little truth to life, friends you can always make more of, family your stuck with.

That is why you are terrified to tell mom and dad right now. You don’t want to lose them. And let me tell you, you won’t. But right about now, you’re feeling insecure about telling them. Your friends will have known for about 6 months. And it’s going to feel awkward when dad reads comments on the internet and asks about your boyfriend. At that moment, you’ll just keep looking down at your brownie mix without saying a word. He’ll repeat himself calmly and ask again, “Is he your boyfriend?”. After a few gentle echoes of that question you’ll realize you have to tell him. And that will be it. The anxiety of telling your parents you are gay will be over.

But you need to understand this. They will struggle with your coming out. And that’s okay. After all, they didn’t go through those 15 years of questioning your sexuality with you. But they’re going to make it very clear to you that they love you and the situation may cause them to act a little weird, but you’re still their son and they will get around things and everything will go back to normal. The key point here is that they love you unconditionally, and will always be there for you.

You will realize being open with your insecurities paradoxically will make you more confident and charismatic around others. The pain of honest confrontation is what will generate the greatest trust and respect in your relationship with mom and dad. Suffering through your fears and anxieties is what will allow you to build courage and perseverance.

That courage and perseverance will eventually lead you to becoming a National Athlete for the Team Canada Tumbling Gymnastic team, and pursue a career after retirement in Cirque du Soleil.

You will go on to break the 16 year long dry spell of Canadian male tumblers in a World Championship final. In that final, you’ll finish at the highest rank a Canadian male tumbler has ever finished, still to this date. And better than that, you’ll get to do all of that as your true authentic self.

You’ll be able to do so, because of the footsteps left by your role model, the best power tumbler in Canada (at the time) and now, the head coach of the national team, Denis Vachon. He will be an example for you. He will show you how it is possible to be fully yourself and succeed at the top of your sport while being respected in the sport community. He will always be very gay and loud about it, with such confidence and ease, he will show you to be yourself in the gym and that it will not play against you in your sport.  He will become an idol, a superhero, a coach and most importantly a best friend. It will feel unreal, and still does, that your idol became your best friend and that you became his.

I know, I am only 29 writing to my younger self and still have so much to live for. But I want you to know that all of this is from being true to yourself.

There’s absolutely nothing admirable or confident about indifference. Indifference people are afraid of the world and the repercussions of their own choices. The willingness to be different, that is what is admirable. Reserving yourself for what truly matters. Friends. Family. Purpose. That’s what is important. That is why the bullies don’t matter.

A word of advice kid; don’t be afraid to say to people what you like, it might not be what they like, either with clothes, or coming out but it’s okay to be different. Different doesn’t always mean bad. Be confident in your differences, they will make you stand out and be the foundation of your successes in life.