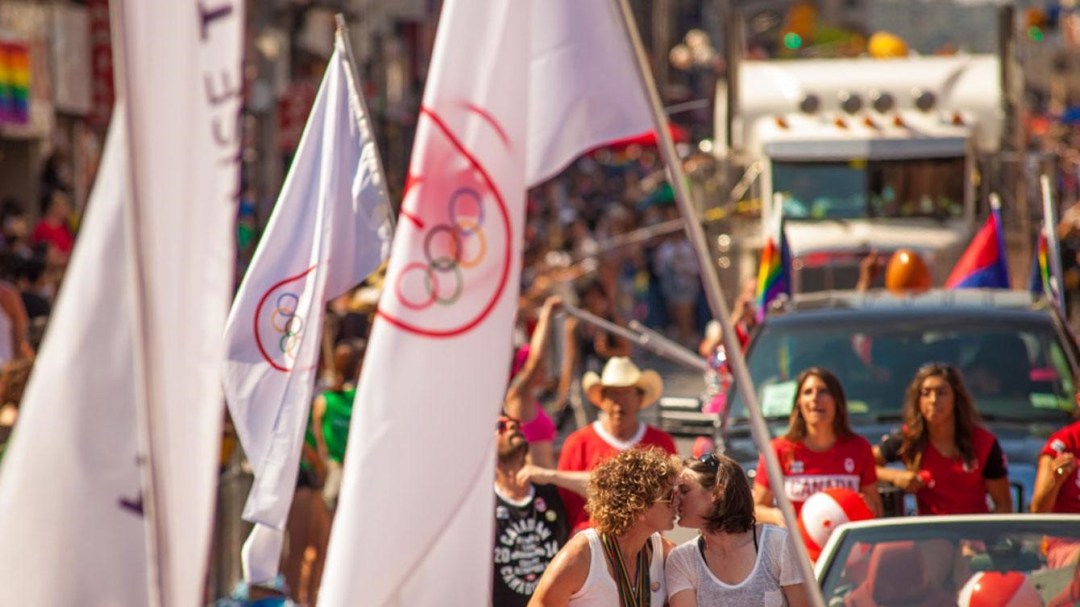 Starting in June pride parades will be celebrated all over Canada to September. Pride is an opportunity for us to become one, to unite as one people and to show the world that there is strength in numbers. Pride is equal to freedom!

For many LGBTQ individuals, finding courage to break down walls and barriers is every reason to celebrate the parade. There has been much progress made with the LGBTQ rights movement and this is the opportunity to waive those rainbow colors proudly and commemorate a pivotal moment in modern LGBTQ movements.

Zdravka Tchonkova, Olympic coach in rhythmic gymnastics recently attended the Winnipeg Pride parade and had this to say; “my experience at the Winnipeg Pride Parade was so fun and meant a lot to me. It was also very special for all the athletes who attended. The most meaningful part of it all, for me, is that it represents equality in sport. It all fits in to my motto for sport: “Sport for all and all for sport”. ”

We welcome all to attend Pride Parades near you!

Dates of Pride Parade 2017 in Canada: