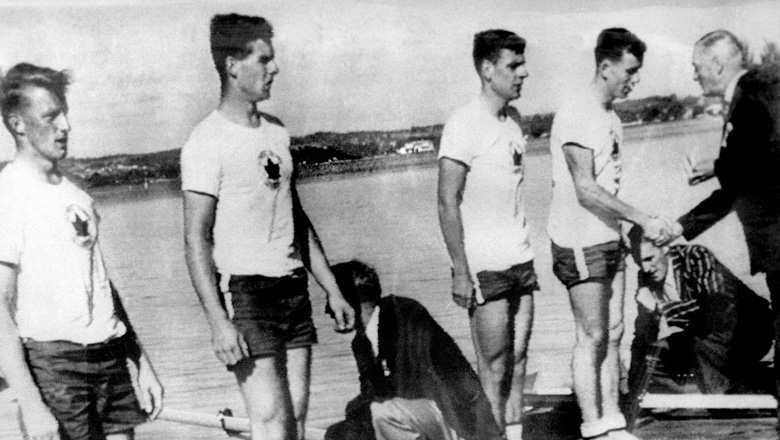 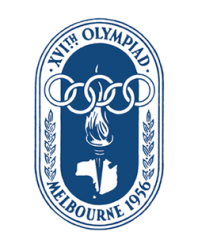 HRH The Duke of Edinburgh

Games of the XVI Olympiad

Melbourne won the rights for the 1956 Olympic Games over Buenos Aires by one vote, leading to the city becoming the first in the southern hemisphere and the first in Oceania to host the Olympic Games. To take advantage of the early part of the Australian summer, the Games were held in late November and early December, the latest in a calendar year in Olympic history.

The Games were affected by the first full country boycotts in Olympic history. The Netherlands, Spain and Switzerland all refused to compete after Soviet forces invaded Hungary to repress an uprising against Soviet-imposed policies. Just one month later, Hungary and the Soviet Union met in the gold medal water polo match, which became one of the most famous in history and known as the “Blood in the Water Match” after it degenerated into a brawl. Egypt, Iraq and Lebanon all stayed away to protest British and French forces attacking Egypt over control of the Suez Canal. The People’s Republic of China also boycotted because of the presence of the Republic of China (Taiwan), which it does not recognize, a matter which would go unresolved for 28 years.

All of the political turmoil set the stage for a new Olympic tradition to begin at the Closing Ceremony after Organizing Committee chairman Kent Hughes received a letter from 17-year-old John Ian Wing, an Australian-born Chinese carpenter’s apprentice. Wing suggested that all the athletes enter the stadium as one nation. “War, politics, and nationality will be all forgotten. What more could anybody want, if the whole world could be made as one Nation?” It was a surprise for the spectators to see the athletes march en masse in a symbol of global unity.

In a great show of teamwork, rifle shooters Gerald Ouellette and Gilmour Boa won gold and bronze, respectively, in the 50m prone event. After Ouellette had performed poorly with his own rifle earlier in the Games, the men decided they would both use Boa’s rifle. After Boa matched his world record score, he handed his rifle to Ouellette who scored a perfect 600 for the gold medal. Canada’s other gold medal came in rowing from the UBC foursome of Donald Arnold, Walter d’Hondt, Lorne Loomer and Archie Mackinnon who came from behind to win by five lengths. The men’s eight added a silver. Canada also won its first ever Olympic diving medal, a bronze by Irene MacDonald in the 3m springboard.