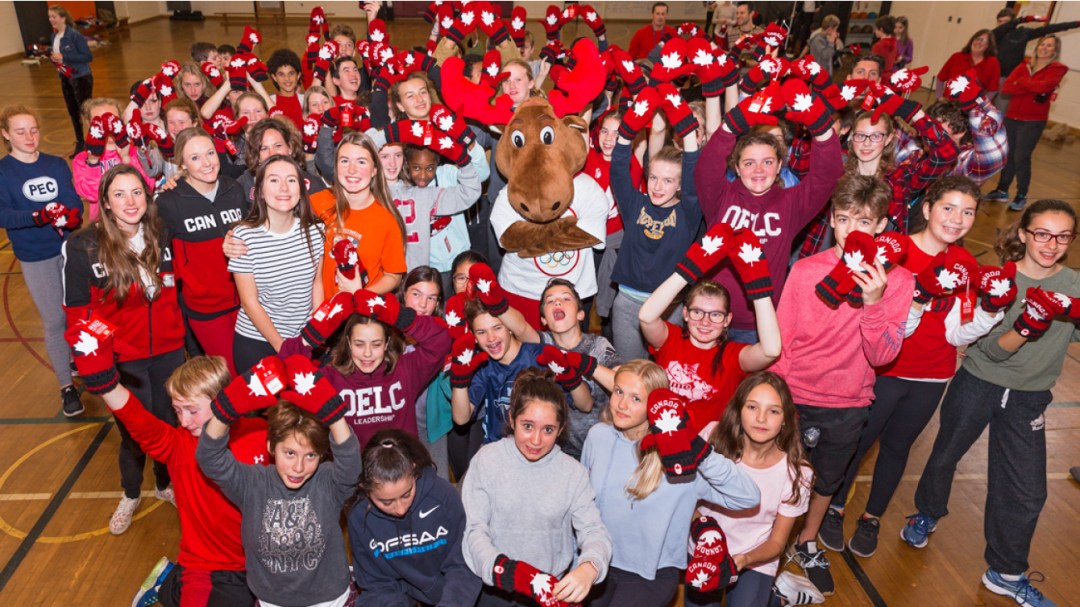 CALGARY (February 22, 2018) — The Canadian Olympic Committee announced today that it is partnering with Classroom Champions, a non-profit and mentoring organization, to bring together Canadian students to chat live with Team Canada’s Olympians.

On February 22 at 12:00 EST Team Canada’s Olympians will chat live from Canada Olympic House in PyeongChang, sharing the unifying power of the Olympic Games with schools across Canada.

“This is an incredible opportunity for Canada’s Olympians to inspire and encourage children in schools across Canada,” said Chris Overholt, the Chief Executive Officer of the Canadian Olympic Committee. “Our partnership with Classroom Champions will empower a new generation of Canadian children through the power of sport by sharing their experiences, the determination, passion and dedication that guide our Olympians every day.”

“We are thrilled to partner with the Canadian Olympic Committee to offer this unprecedented live chat not only to our thousands of Classroom Champions students across Canada, but to all Canadian schools,” said Olympic gold medallist and Classroom Champions co-founder Steve Mesler. “Our Team Canada athlete mentors demonstrate amazing commitment, motivation, passion and perseverance and by sharing their personal journeys they can provide these kids with the tools they need to succeed in their daily lives.”

The 45-minute moderated live stream video chat will focus on goal-setting, achieving success and overcoming failures, the Olympic experience in South Korea, and also include a tour of Canada Olympic House. The athletes will share their stories and issue a challenge to students around goal setting. Students will be able to engage with the athletes by posting questions on Twitter using the dedicated hashtag #TeamCanadaChats. Six lucky classrooms across Canada will be selected to ask athletes questions during the live broadcast.

Classroom Champions hopes to have over 1 million students participate in the chat. For details and to sign up your classroom, visit: www.TeamCanadaChampionChats.ca.

Classroom Champions is a Federally Registered Charitable organization dedicated to partnering with teachers to connect low socioeconomic students with world-class athlete mentors to support students in academic, social and emotional learning (SEL) through Scaled Mentorship™. Classroom Champions supports teachers and engages families to encourage children to achieve a successful future, working predominantly within low socioeconomic urban, rural and Indigenous communities. Over the course of six years, Classroom Champions has grown exponentially—establishing itself in more than 1,000 classrooms, mentoring more than 25,000 students across 32 U.S. states and eight Canadian provinces, working with 125 Olympic, Paralympic, University Student-Athletes, and Professional athletes who have volunteered as mentors. Through the Scaled Mentorship™ program, co-founded in 2009 by U.S. Olympic Gold Medalist Steve Mesler, athletes have dedicated their time to connecting and encouraging children to achieve their goals and finding success inside and outside the classroom.

About the Canadian Olympic Committee

For more information or to schedule an interview, contact: