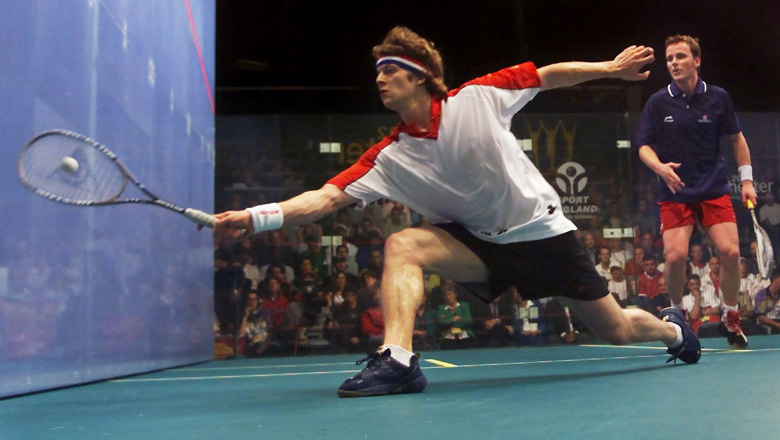 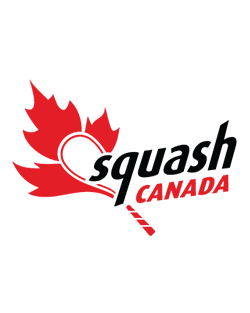 Squash was invented at the Harrow School in England circa 1830 when students realized that a punctured rackets ball squashed on impact against a wall. Returning the ball required quick footwork but produced a greater variety of shots. In 1864 the first four squash courts were built at the school, marking the official founding of the sport. By 1882, the game was being played in Canada.

There have been numerous attempts to include squash on the Olympic program since Barcelona 1992, but thus far they have been unsuccessful. Squash debuted at the Pan American Games in 1995.

Squash is played on an enclosed court that is 9.8m long and 6.4m wide (7.6m wide for doubles). The small, hollow rubber balls must be kept off the ceiling and floor. Out-of-court lines are at a height of 4.6m on the front wall then slope down the side walls to be at a height of 2.1m on the back wall. At the base of the front wall is a 48cm high area known as the tin in which the ball may also not be hit. 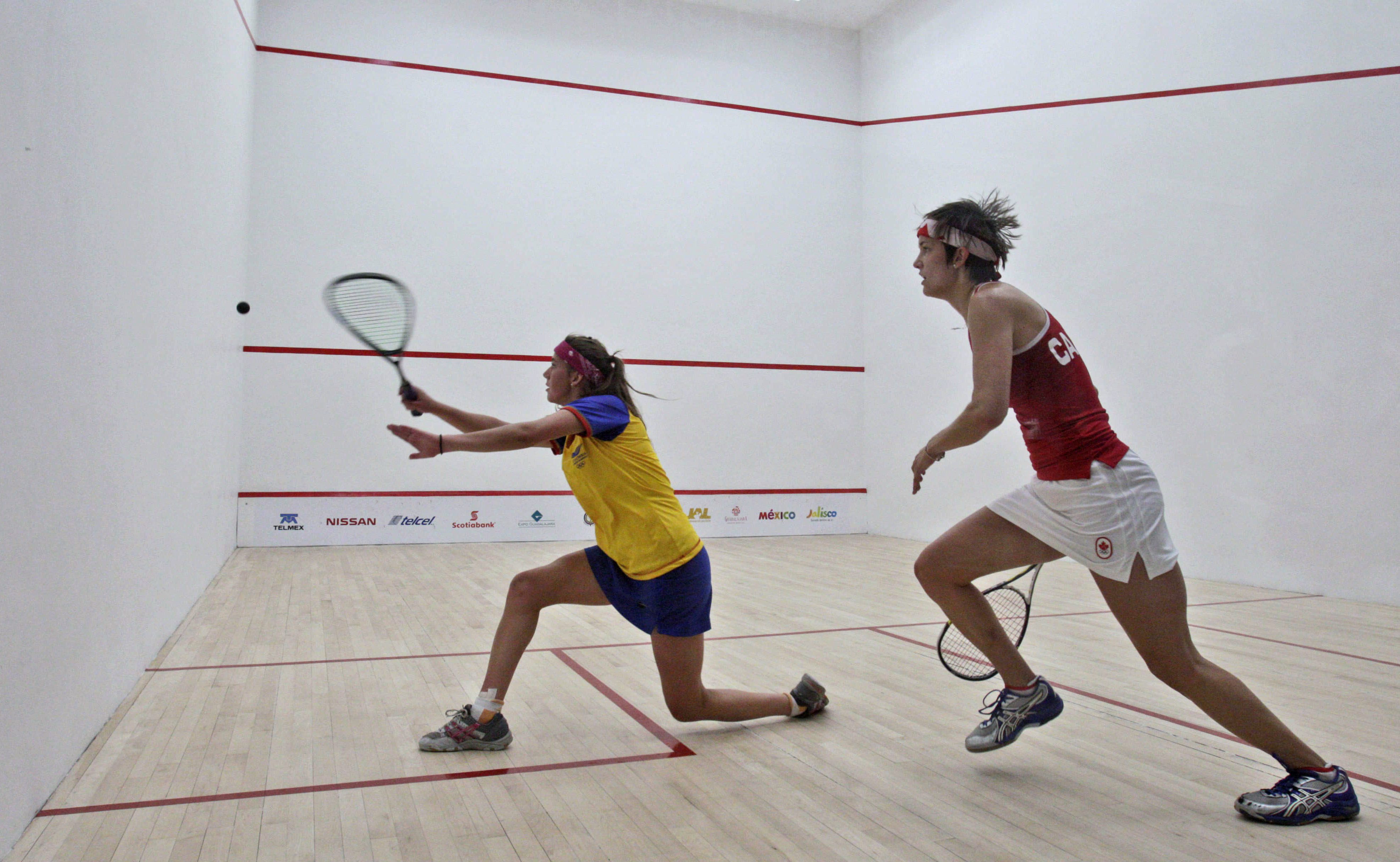 A game begins with a player using a racquet to serve the ball to the opponent’s side of the court. Play continues as long as the ball is hit and returned within the lines of the court and does not bounce more than once on the return or hit the floor before hitting the front wall. Balls are allowed to hit the side and back walls as long as it is below the out-of-court line. In this extremely fast game, balls can reach speeds upwards of 200km/hr.

A point is scored on every rally. The first player to score 11 points and lead by two points wins the game. Singles matches are best-0f-five games while doubles matches are best-of-three games. The singles and doubles events are contested as single elimination brackets.

Teams are comprised of three singles players who each play one encounter against one player from an opposing team. Team matches are best-of-three encounters. Competition begins with teams divided into pools. After a round robin within the pools, the top two teams in each pool advance to the single elimination bracket.

Jennifer Gilbert has been part of the national team program for more than a decade, starting with the Women’s U-16…