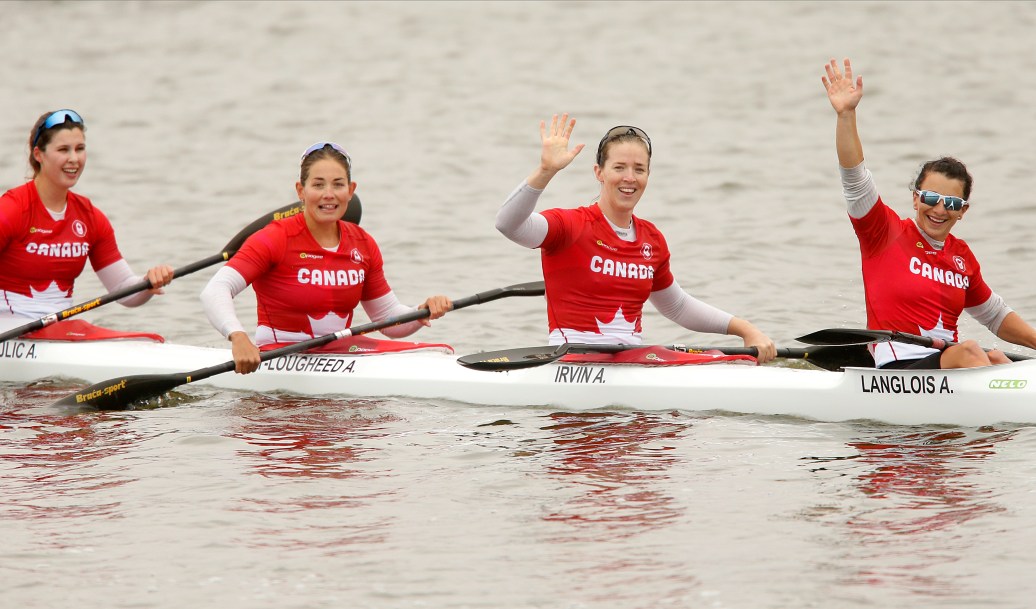 Alanna Bray-Lougheed got her taste of national competition when she won the War Canoe (C-15) race as a 15- year- old with her Burloak Club at the 2009 Canadian Championships. In 2012 she won the senior C-4 200m national title and repeated in 2013. She also raced for Team Ontario at the 2013 Canada Summer Games, bringing home four medals.

2017 would mark Bray-Lougheed’s first time at ICF World Cup events, teaming up with Natalie Davison for multiple K-2 distances. Their World Cup highlight came in the K-2 200m in Serbia where the pair made their first A final together. At the senior world championships that year, she raced to another A final, this time with Courtney Stott in the K-2 1000m.

The following year included two more World Cup stops, and one more A final appearance,; this time as a member of the K-4 500m crew . She would again race at the world championships, finishing seventh place with Davison in the K-2 1000m. At the Pan American Championships, she paddled to her first international medals, taking gold with Andréanne Langlois in the K-2 200m and silver with the K-4 1000m.

After not making Canada’s World Cup team for 2019, Bray-Lougheed was pondering retirement. But upon earning a spot for the Lima 2019 Pan Am Games, she found renewed focus and drive. She raced to gold with Langlois in the K-2 500m, and helped the women’s K-4 500m team paddle to their third consecutive gold.

A Little More About Alanna

Getting into the Sport: Started paddling at age 10 when her mother signed her up for lessons at a local club after she bought a canoe for their cabin but didn’t know how to paddle… Outside Interests: Graduated from Mount Saint Vincent University in 2018 with a Bachelor of Science in Applied Human Nutrition-Dietetics… Would like to be a sports dietician or work in developing food products for athletes… Is an ambassador for Fast and Female, motivating younger females to stay active and achieve their goals… Enjoys cooking, finding new music, discovering new cafes at competition locations, and all things coffee… Odds and Ends: Nickname: Lanny… Favourite motto: “Adversity causes some people to break, others to break records”…

Andréanne Langlois first represented Canada as a 16-year-old at the 2009 ICF Junior World Championships, making the final in the…