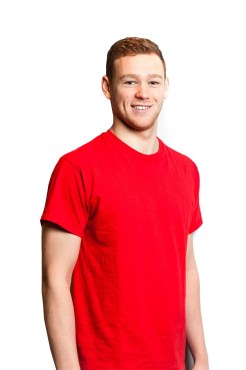 Alec Taschereau began playing water polo with the Ottawa Titans before joining the junior national team in 2010. He helped Canada win a first ever gold medal at the junior Pan Am Games in 2010. In the fall of 2011 he moved to Calgary to be centralized with the senior national team. He made his FINA World Championships debut in 2013 after competing at the junior worlds in 2011. In 2014 Taschereau helped Canada to a best ever sixth place finish in the FINA Water Polo World League Super Final. He was part of the Canadian team that won bronze at the 2015 Pan Am Games in Toronto, scoring six goals on 15 shots in five games played. Taschereau went on to play at his second straight FINA World Championships.

Family: Father Joe D’Amata and mother Christine Taschereau… Getting into the Sport: Started playing water polo at age 8 because he wanted to try a different aquatic sport other than swimming and diving… Olympic dream began after watching the Canadian men’s water polo team compete at Beijing 2008… Outside Interests: Studying Finance full time at the University of Calgary… Enjoys reading and watching TV shows and sports… Supports KidSport Calgary with the men’s national water polo team… Odds and Ends: Role model is Jerry Tesanovic, his club coach in Ottawa for 4 years who taught him all about the fundamentals… On game day will chew a piece of gum from the team meeting time until after warmup… Nickname: Tasch…

Dusan Radojcic joined the senior national team in 2011, the same year he captained Canada at the FINA World Junior...