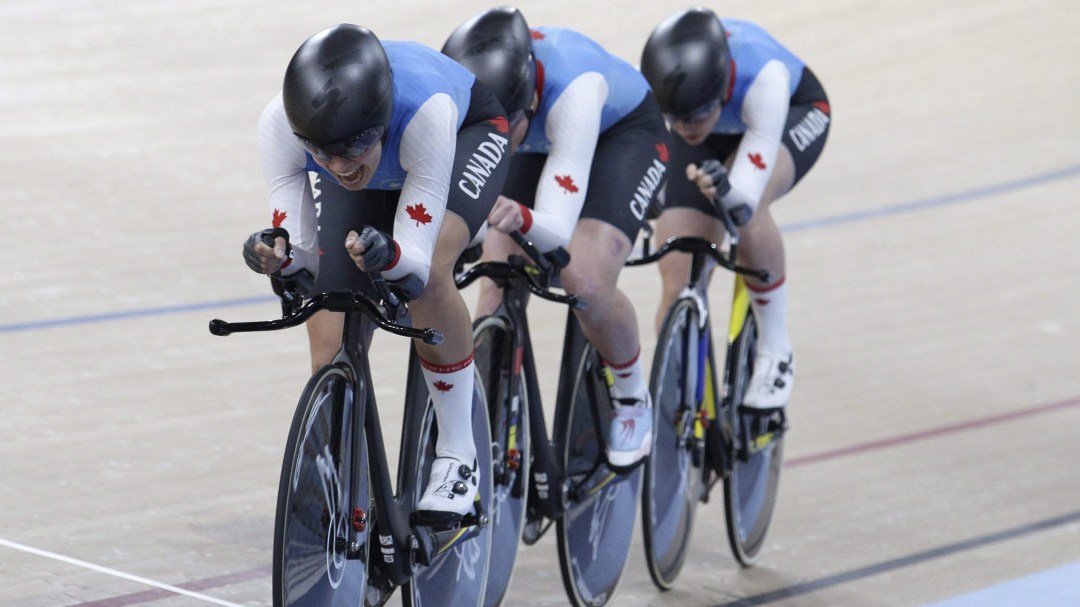 Ariane Bonhomme joined Team Canada on the UCI World Cup circuit during the 2017-18 season and won her first World Cup medals, helping the team pursuit capture silver in Poland before a gold on the home track in Milton. Later that season, she competed at her first multi-sport Games, winning bronze with the team pursuit at the 2018 Commonwealth Games in Gold Coast. She also made her world championship debut in 2018, finishing fourth with the team pursuit. She would go on to be part of fourth-place finishes at the 2019 and 2020 UCI World Championships.

Bonhomme first represented Canada internationally in the junior division at the 2012 UCI Road World Championships. Two years later, she graduated to the elite division and competed in some of the top domestic races in Canada. In the 2015-16 season, she joined Cycling Canada’s NextGen endurance track cycling team. That year she competed at her first Pan American Championships, winning team pursuit gold and points race bronze. Additional team pursuit gold medals would be won at the 2017 and 2019 Pan Am Championships.

Bonhomme had an outstanding performance at the 2018 Canadian Track Cycling Championships, winning gold in team pursuit, silvers in the omnium, madison, and points race, and bronzes in the scratch race and individual pursuit.

A Little More About Ariane

Getting into the Sport: Started road cycling at age 12, first cycled in a velodrome at 16… Originally started cycling to stay fit in the summer for short track speed skating before a knee injury led her to switching over to cycling full time… Was the first female member of the first youth cycling club in Gatineau… Outside Interests: Would like to be a midwife after retiring from cycling; has always had a passion for everything involved with babies, labour, and delivery… Was taught to knit by teammate Georgia Simmerling and now does it at training camps and competitions… Enjoys hiking, camping, and fly fishing in the off-season… Odds and Ends: A Grade 7 collage about her biggest dream included her face on a photo of Charles Hamelin on the podium at Vancouver 2010… Worked with a sports psychologist to deal with race day nerves because she felt she owed it to her teammates to be as good in races as she is in training…