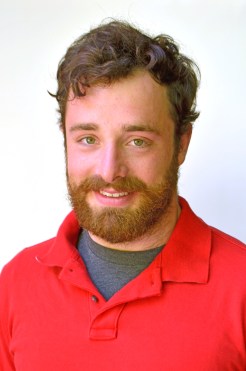 Ben Hayward is a prime example of doing whatever it takes to succeed in his sport. To live primarily in Europe where he would have access to the best canoe slalom venues for training, he decided to custom build a camper, now known as the “Hobbit Van”. Turning heads wherever he goes, he’s also been supported by some of his fellow competitors, such as 2012 Olympic champion Daniele Molmenti who donated a mattress and some cupboards. Hayward competes internationally in both K-1 and C-2, recently teaming with Cameron Smedley. One of his career highlights was finishing 7th in the K-1 at the 2014 World Cup stop in Prague. That came one week after he had finished 10th at the World Cup in Prague. Hayward’s international career began with a bang at the 2007 Pre-Junior World Championships where he won bronze. He competed at his first senior ICF World Championships in 2009 where he finished 13th in the K-1 for his career-best result at the global event.

Family: Parents Geoffrey and Denyse Hayward… Getting into the Sport: Started canoe/kayak at age 12 with kayak polo played in indoor swimming pools… At 14 was introduced to slalom and sprint racing at the Alberta Summer Games where he got hooked on competing and wanting to do so internationally… Until 18 he trained all three disciplines before specializing in slalom when he made the senior national team… Outside Interests: Studying architecture at Carleton University… Enjoys designing new additions to his “Hobbit Van” and cross country skiing… Odds and Ends: Favourite motto: “Never, never, never give up”… Inspired by Rick Hansen’s and the positivity that he constantly emanates… Race day routine includes copious amounts of coffee and drawing a map of the course with the lines he will take… Always travels with a cheese grater… Often compares himself to German racer and Olympic bronze medallist Hannes Aigner because they have similar size and paddling styles…