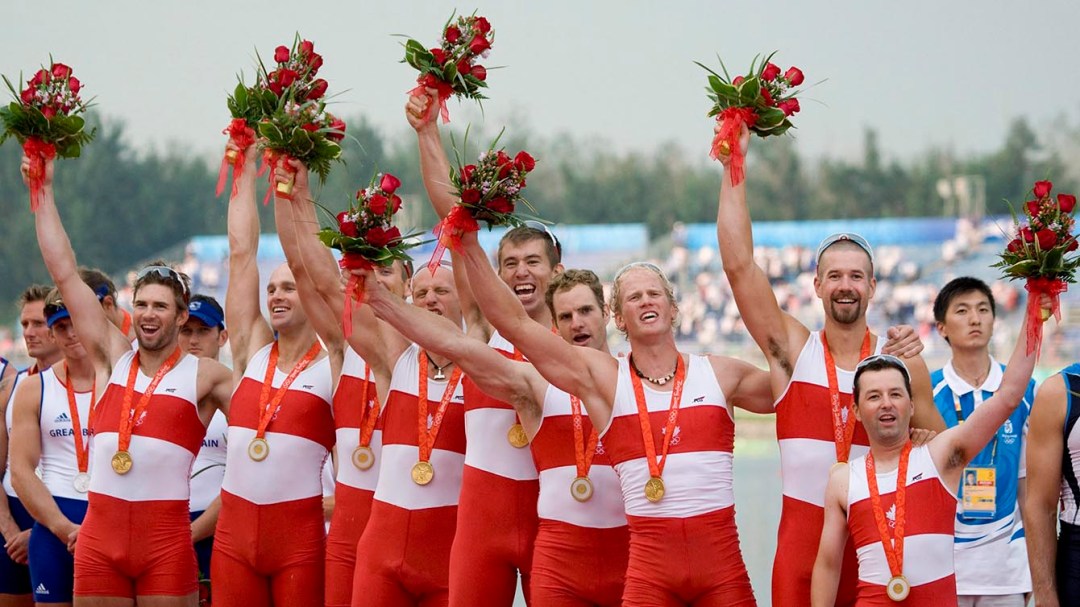 Once in Beijing, the team was described as “swaggering around” by six-time Olympic medallist Steven Redgrave, who was commentating for the BBC. That swagger was well deserved, as they won their heat by more than seven seconds.

Kevin Light is a two-time Olympian who won gold in the men’s eight at Beijing 2008. He had previously competed...

Kyle Hamilton is a two-time Olympian who won gold as a member of the men’s eight at Beijing 2008. He...

Adam Kreek is a two-time Olympian who won gold as a member of the men’s eight at Beijing 2008. He...