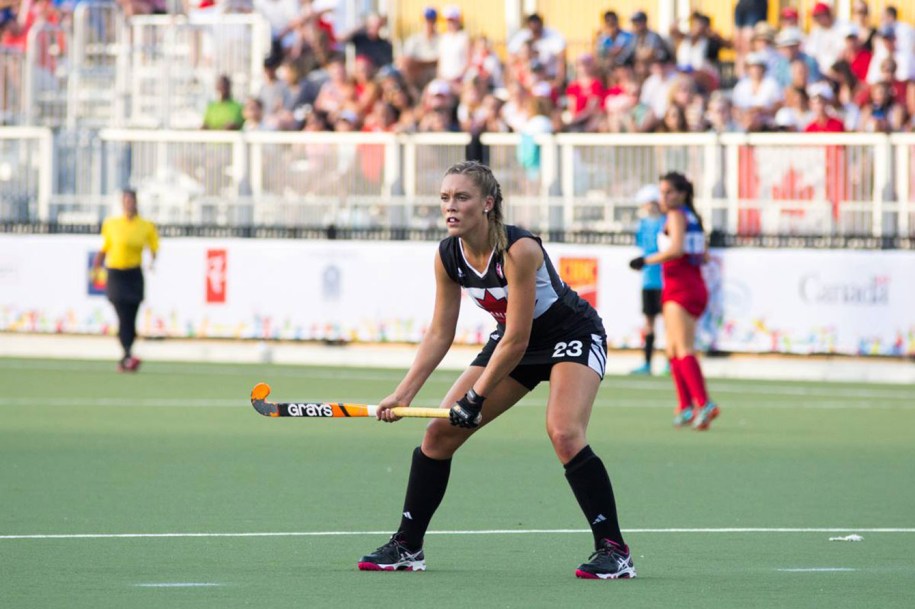 Brienne Stairs has more than 160 senior caps to her credit since making her national team debut in 2011. She quickly established herself as one of Canada’s most prolific goal scorers, notching six at the 2011 Pan American Games to lead Canada and be the top-ranked non-Argentinean. In 2014 she scored 12 times to lead the team and rank amongst the top-10 goal scorers in the world. Stairs was part of Canada’s silver medal run at the 2013 Pan American Cup. Stairs was held to just one goal at the Toronto 2015 Pan Am Games, but hers was the only one scored in Canada’s 1-0 win against Chile in the bronze medal match. Stairs led Canada with two goals at the 2018 Commonwealth Games.  While attending the University of Guelph, Stairs won back-to-back Liz Hoffman Awards in 2009 and 2010 as the CIS MVP in women’s field hockey. She also helped the Gryphons win their first CIS medals, taking silver in 2007 and bronze in 2010.

A LITTLE MORE ABOUT BRIENNE

Getting into the Sport: Started playing field hockey in grade 9 for her high school team… Other Interests: Graduated from the University of Guelph in 2011 with a Bachelor of Science in Biomedical Sciences… Enjoys biking, roller blading, reading, tennis, badminton, ice hockey… Odds and Ends: Favourite quote: “You miss 100% of the shots you don’t take”… Nickname: Brie…