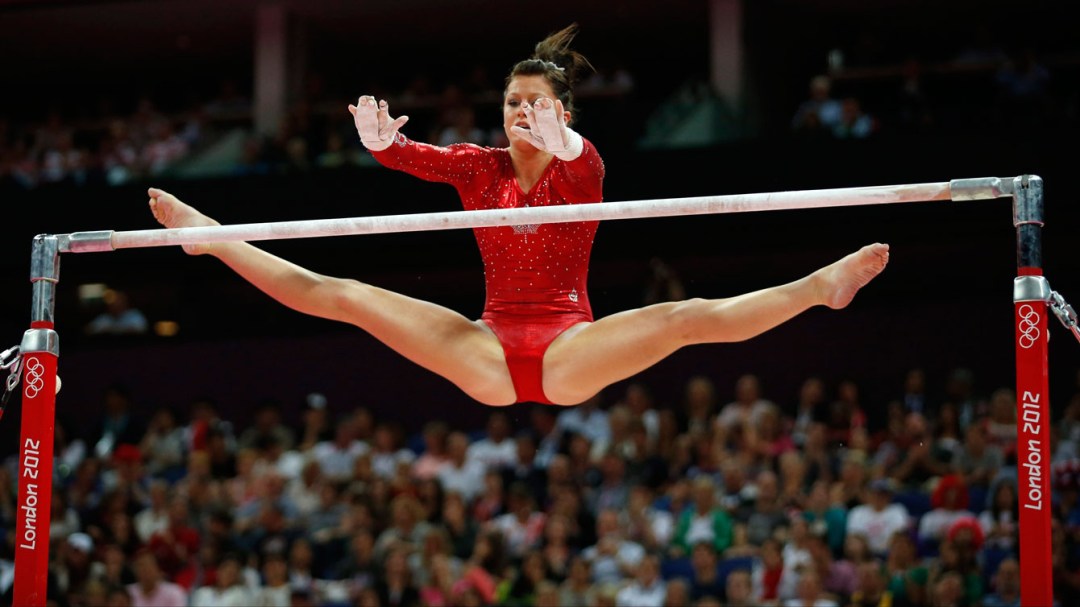 Brittany Rogers made her Olympic debut at London 2012 where she helped Canada reach the team final for the first time, matching its best ever result with a fifth place finish. She also qualified for the vault final, placing seventh. Rogers was lucky just to be healthy enough to get to the Games. After being the top Canadian at the 2009 World Championships, where she qualified for both the all-around and vault finals, Rogers broke her right ankle in April 2010 when she landed short on a beam dismount at the Pacific Rim Championships. Two different surgeons chose the cast the ankle for two months but the bone never healed properly. A third surgeon, Dr. Dory Boyer, decided to put a screw in her medial malleolus bone to keep it together. He also removed some floating bone chips and Rogers was able to walk again on Christmas Day in 2010. After fourth months of rehab, she was able to resume training in April 2011. She was named Sport BC’s Harry Jerome Comeback Award winner for 2011. After the 2012 Olympic Games, Rogers began competing for the University of Georgia. As a freshman in 2013 she became SEC champion on the uneven bars and beam. In the summer of 2014 she underwent surgery on her left Achilles tendon for an injury suffered earlier in the year. As a senior in 2016 she scored Georgia’s first perfect 10 since 2010, doing so on vault, and became the NCAA champion on uneven bars. A five-time First Team All-American, Rogers still wanted to compete at another Olympic Games so she resumed elite training during the 2015 NCAA season. She competed at the 2015 World Championships where she helped Canada qualify a full team for Rio 2016 while coming within two places of qualifying for the vault final.

Family: Parents Gordan and Gina Rogers… Older sister Chelsea… Getting into the Sport: Started gymnastics at age 6 in an attempt to channel her excess energy… By age 3 had been capable of swinging from ring to ring on the playground… At age 12 qualified for the Junior Pan Am Championships… Outside Interests: Enjoys water sports, going to the beach or lake, and traveling… Fourth year Consumer Journalism Major at the University of Georgia…  Odds and Ends: Nickname Brit… Inspired by Canadian Olympic gymnast Kate Richardson for her humility and the similarities in their athletic abilities… Favourite motto: Everything happens for a reason… Has Olympic rings tattoo on her right ankle over the scar from her surgery…

Brittany Crew has dreamed of competing for Canada since she was seven. At first, she wanted to play for the…