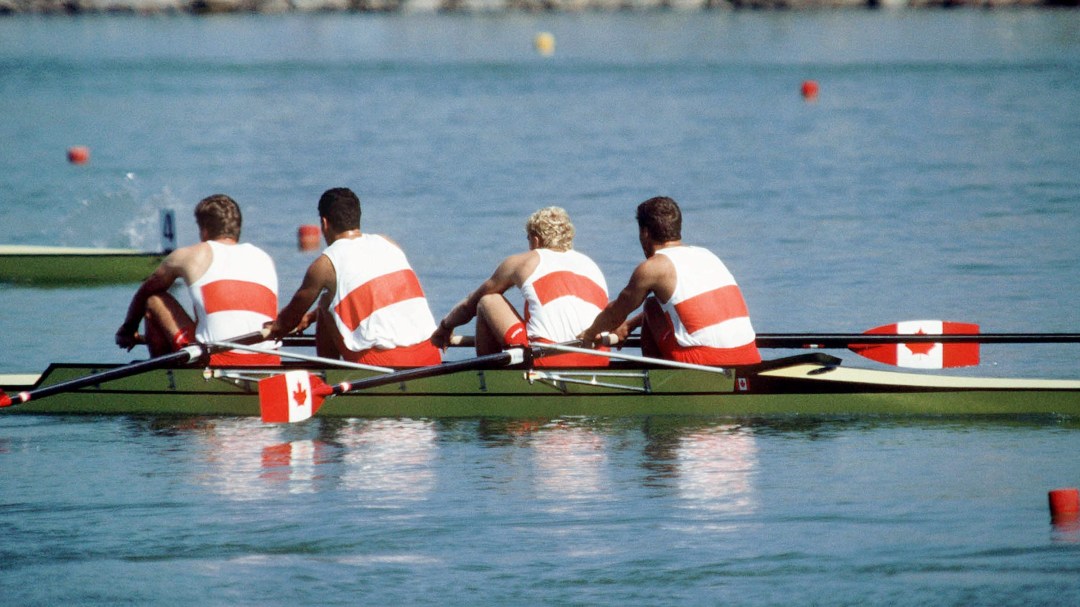 Canadian rower Bruce Robertson was a member of the coxless fours crew at Seoul 1988 where they finished 11th. Prior to Barcelona 1992, he had been on the Canadian eights crews that were runners-up at the last two World Championships so Robertson and his Olympic crew of John Wallace, Michael Forgeron, Darren Barber, Robert Marland, Michael Rascher, Andy Crosby, Derek Porter and coxswain Terry Paul, were challengers for the gold. In the eights final, Canada and Romania were neck and neck for most of the race, the Canadians pulling ahead at the 1500m mark, only to have the Romanians pull equal at the finish line. It took a photo finish to separate the boats, Canada winning the gold medal by 0.14 seconds and setting an Olympic record.

Robertson was 22 years of age in 1984 when he started rowing competitively at the Calgary Rowing Club and within two years he was on the national team, and winning Canadian Championships in 1989, and the Canadian Henley in the eights in 1990 and 1995. A graduate of the University of Victoria, Robertson retired from rowing in 1992 to complete his degree in economics at Oxford University, although he did row in the 1993 Oxford Cambridge Boat Race, which Cambridge won. He stayed involved with rowing, coaching at the Calgary Rowing Club and working in sports administration as high performance director for Rowing Canada, then opening Crew Club Athletics, a rowing-themed gym in Calgary.