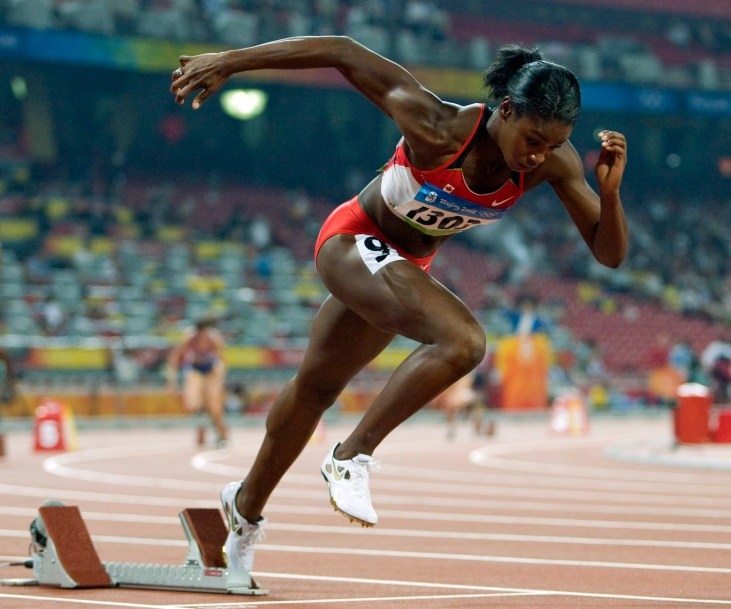 At just 20 years old, Carline Muir was the youngest member of the Canadian track and field team at Beijing 2008 where she advanced to the 400m semifinals in her Olympic debut. Muir had first represented Canada five years earlier at the 2003 IAAF World Youth Championships before competing at the IAAF World Junior Championships in 2004 and 2006. While attending the University of Alberta, she was the Pandas Rookie Athlete of the Year in 2005-06 before becoming a double medallist at the 2009 Universiade, taking bronze in the 400m and helping the 4x400m relay team win gold. In 2010 she was part of Canada’s bronze medal-winning 4x400m relay at the Commonwealth Games in Delhi. Despite an injury preventing her from meeting the qualifying standard for London 2012, Muir has remained one of Canada’s top 400m runners. She won back-to-back gold medals at the 2014 and 2015 Canadian Championships. Although her 2015 season began late due to a knee injury suffered in October 2014, she was part of Canada’s sixth place finish in the 4x400m relay at the 2015 IAAF World Relays, qualifying the team for Rio 2016. She then ran the leadoff leg of the 4x400m relay that made the final at the 2015 IAAF World Championships. Returning to the Olympic Games at Rio 2016, Muir once again made it to the 400m semifinals and also ran the lead-off leg for the 4x400m relay that finished fourth.

Family: Parents Godfery Muir and Marjorie McMorris… The family moved to Canada when she was a child… Getting into the Sport: Always enjoyed running, but gravitated towards track and field in school… Outside Interests: Pursuing a degree in Sports Management… Has a modelling contract with Orange Model Management…