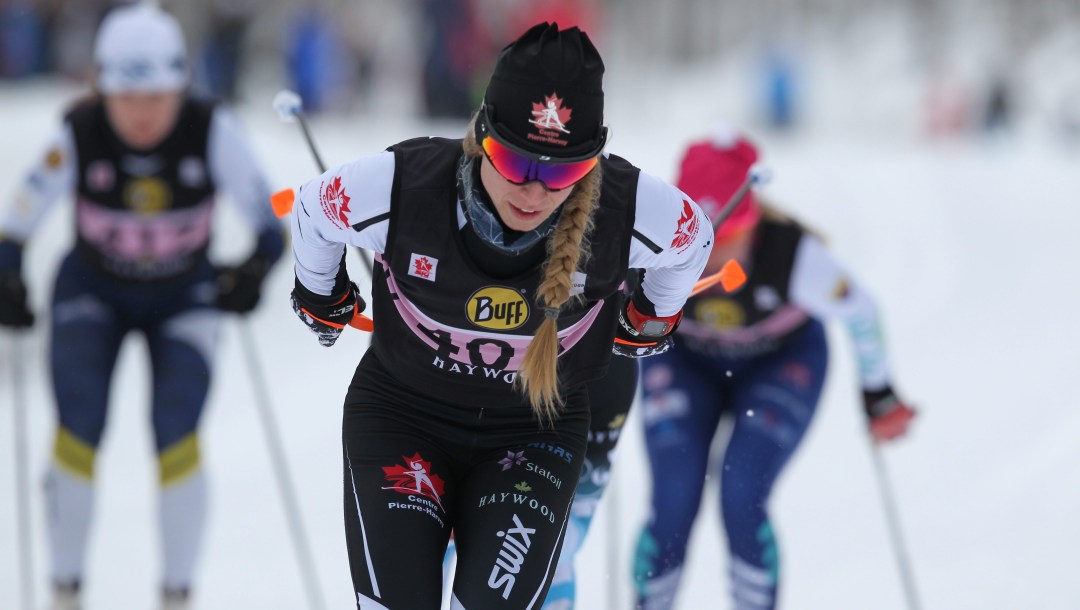 Although Cendrine Browne was a latecomer to competitive cross-country skiing, she made a quick progression. In her second year, she was an age group national champion. By her third year she was a member of the Quebec provincial team. A year later she moved to the national junior team before advancing to the senior national team in year five.

Browne made her World Cup debut in December 2012 when the circuit came to Quebec City. She became a full-time member of the World Cup team in 2016-17. The season prior she had finished second in the overall Nor-Am Cup standings when she posted five victories. In her first FIS World Championship appearance in 2017, she finished 26th in the 30km mass start. The only other Canadian woman to ever break into the top 3o in that event was Beckie Scott, which gave her great hope for the future. Browne raced in five events in her Olympic debut at PyeongChang 2018.

A little more about Cendrine…

Getting into the Sport: Started skiing at a young age as her mother shared her passion for the sport… Her first competition wasn’t until age 15 when she entered the Quebec Games… Her mother Julie Bruneau had been on the national junior team and competed at the world junior championships… She has wanted to follow in her footsteps since hearing her stories about the paintings on Austrian houses… Now on her frequent trips there, she always thinks of her mother when she sees those houses… Outside Interests: Is always taking a school course or two in sports management and administration… Loves to read a good book…